DAP has no influence, so why should Kluang council listen to us when they even ban us from using any public space for activities, says Kluang MP. 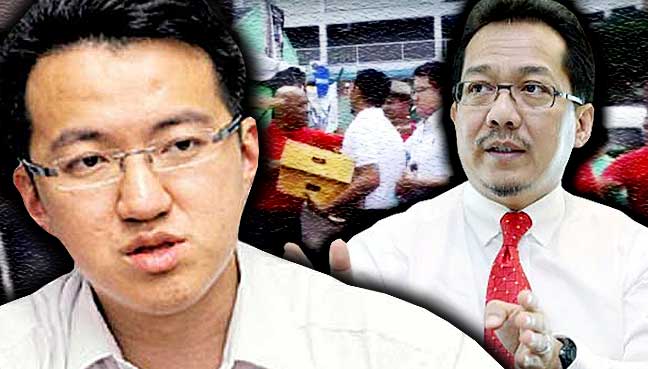 PETALING JAYA: Liew Chin Tong has denied claims by Deputy Minister in the Prime Minister’s Department, Razali Ibrahim that DAP had asked for Kluang bazaar traders to move to another location 10 years ago.

Referring to a report on FMT earlier today, where Razali blamed the opposition party for having been the source of frustration of some traders in the Kluang Ramadan Bazaar, which resulted in a minor altercation on Saturday, Liew said the allegations were not true.

“In 2007, the opposition party did not have any state assemblyman in that area or in Johor, for that matter.

“We did not try to evict anyone, as it was not in our authority to do any such thing. The DAP never asked for them to move, and I have even asked around and confirmed this matter,” Liew said in response to Razali’s accusations.

So when Liew denied deputy minister Razali Ibrahim's claim that DAP had asked for the Kluang bazaar to be closed down, as was narrated in an earlier post 10-years old story by UMNO deputy minister, in alternative simple English language, Liew was virtually saying Razali Ibrahim had lied, fibbed, bullshitted, kong-p'en-uwa, bohong, and ...

... please note this, Razali Ibrahim LIED (bohong) during the month of Ramadan.

I wonder whether Razali Ibrahim will burn in hell?

Razali Ibrahim thought Liew and DAP would accept his fabrications claimed from an incident 10 years ago, lying down. Don't play play with DAP (unless it's LKS).

But I wonder whether we should give Razali Ibrahim the benefit of the doubt and say his history has been dodgy-ishly chowkana because he went to a university with a QS ranking of 501?