Not everyone can speak English like the late Lee Kuan Yew who spoke far better English than most Aussies or worse, Kiwis, wakakaka. He had a very pukka accent.

By the by, pukka means either '1st class' or 'absolutely genuine'. 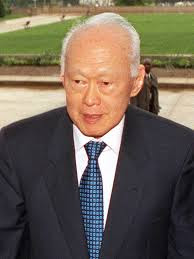 There are well-known Malaysians who speak beautiful pukka English like blogger and RTM DJ Patrick Teoh of NIAMAH blog fame (visualize him saying NIAMAH in pukka English, wakakaka) and the late Robert Lam of RTM news. BTW, Robert was a former RMAF pilot in the service's early days but who had bad luck with his aeroplanes and decided to leave the air force - he was a pukka gentleman of distinction.

Tunku Abdul Rahman and his successor Razak were okay with their spoken English though they were not flash (articulate).

Some years back I attended an ICAO conference where spoken English between aviators and air traffickers were discussed as this issue was a perennial safety problem leading at times to dangerous air encounters.

One of the important issues raised was what accent would constitute proper well-spoken English. I also noticed some hot headed Western pilots incessantly blaming the East Asians for poor badly accented English.

However, ICAO announced that there is no one proper English accent as globally there are many accents of well-spoken English, not just the BBC-type English version.

In such a situation some American or Australian accents versions sounded just as alien to the Asians (Chinese, Koreans, Japanese, etc) as the Pommie accents from Glasgow, Edinburgh and Cockney-land sounded weird and incomprehensible to Yanks from the deep south like Alabama and Louisiana. At that moment I recalled Peter Sellers and Sophia Loren singing 'Goodness Gracious Me', wakakaka.

The Indians were delighted with the verdict whilst the Aussies continued to grumble at Asian aviators and air traffickers, but the Kiwis kept very quiet as their unique lingo, for example the pronunciation of 'Eefreekaa' sounds like the name of a Klingon Princess but actually means 'Africa', wakakaka.

So what is this about Ahmad Zahid Hamidi's poor English at the UN? Wakakaka. 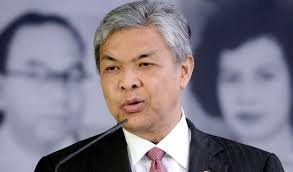