Eagle out for mufti

MCA president Liow Tiong lai Liow criticized Perak deputy mufti Zamri Hashim for suggesting that it was unIslamic to have the eagle statue at Langkawi. He believed that has been akin to Taliban-ization. 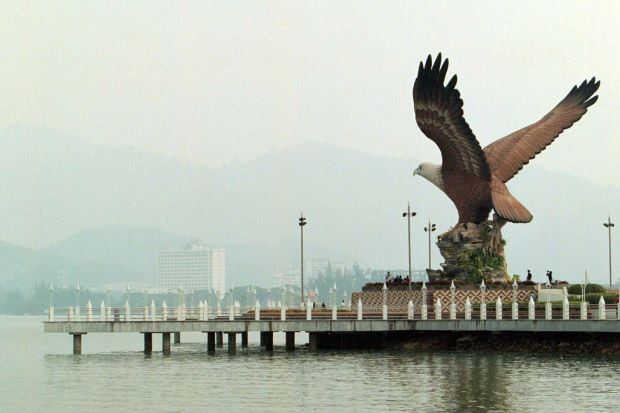 Star Online reported him saying: ..... that when PAS came to power in Terengganu in 1999, the first thing the then state mentri besar Datuk Seri Hadi Awang did was to demolish a replica of a turtle at a roundabout in Kuala Terengganu, using the same argument that it was akin to idol worshipping.

"Despite all the stringent rules in Kelantan, including gender segregation and summonses on non-Muslim traders of unisex salons and a watch dealer for putting up posters of models who don't cover their heads, we all know PAS has no answer to the host of problems in Kelantan such as AIDS and drug abuses," he said.

Let's get rid of all priests, monks and ulamas of all religions. They are troublesome meddlers and batu api's who just want to cause divisions among Malaysians by promoting the evil wicked 'Them and us' schism, all for their on interests and self-importance.
Posted by KTemoc at 5:57 pm