FMT - Khairuddin says guilt not the issue in his support for Anwar (relevant extracts):

PETALING JAYA: Umno dissenter Khairuddin Abu Hassan has denied that his call for Anwar Ibrahim’s leadership was prompted by feelings of guilt for sparking the political persecution that led to the jailed opposition leader’s downfall.

“That is not the issue,” he said in an apparent response to PKR President Wan Azizah Ismail, who speculated yesterday that the time Khairuddin recently spent in incarceration had produced remorse and the motivation to repent.

In a Facebook posting today, Khairuddin said he was motivated only by the desire to see all Malay leaders united in the interest of rebuilding the nation, which according to him is on the verge of collapse.

In 1998, Khairuddin published the controversial book 50 Dalil Kenapa Anwar Ibrahim Tidak Boleh Jadi PM, which some have argued was the beginning of Umno’s persecution of its then deputy president.

Well, I have to say Khairuddin has been right, though only partially, wakakaka.

I would say he's a man unlikely to have any guilt about attacking Anwar, thus he has been correct in his denial of even that flimsy straw (of morale) to a poor politically drowning Wan Azizah.

But why has he been only partially correct?

That's because I doubt in his call for Anwar to be released from prison he had been being "motivated only by the desire to see all Malay leaders united in the interest of rebuilding the nation" (wakakaka, even my toes are laughing).

Let us never ever forget he's Mahathir's man, and we know that Mahathir has one current obsession, to remove Najib from the UMNO ledaership post and consequently the PM position, or vice versa (wakakaka).

So it would appear that Mahathir is now down to throwing even the kitchen sink at Najib, by attempting to coopt Anwar or more likely, PKR (and perhaps even Pakatan Harapan) in his campaign against Najib. 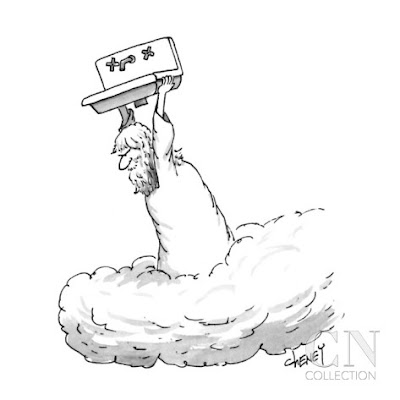 The English idiom 'everything but the kitchen sink' means 'every possible thing under the sun you can imagine', so when the kitchen sink is also included, wow, that's way beyond every conceivable or imaginable person he would coopt against Najib to now include even his once (for him) unmentionable bête noire Anwar Ibrahim, wakakaka.

Wait! Maybe this is an excellent occasion to update his bête noire as being Ah Jib Gor and not Manmanlai, wakakaka.

Azmin meeting Dr Mahathir was not what was of interest as much as the fact that Azmin was there as an emissary of Anwar Ibrahim.

The following day Azmin flew back to Malaysia and two days later he visited Anwar in the Sungai Buloh Prison to report the result of that meeting.

Basically, there was only one purpose for that meeting — which was to see how Pakatan Rakyat (and now Pakatan Harapan) could enter into some sort of pact with the old man. And if so then what sort of pact would it be and what would be the terms of that pact?

All Pakatan wanted was to get into federal power while all Dr Mahathir wanted was to see Najib kicked out of office. So if a merger of interests was possible then a pact would also be possible. It would be what is called a win-win situation.

And in a win-win situation, as opposed to winner takes all situation, it would mean compromises need to be made. You gain some ground but must lose some in return.

One year ago such a meeting of the minds would not have been possible. The very thought of Dr Mahathir making a pact with an Anwar-led Pakatan would tantamount to blasphemy of the highest order, both for Dr Mahathir as well as for Anwar.

But would this be Mahathir's final attempt at removing Najib?

No, I don't think so as the old man will continue to do so until either he or Najib dies, politically that is, wakakaka.