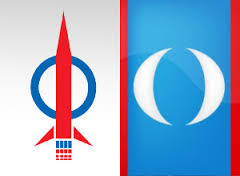 Dr Jayakumar made the announcement on behalf of PKR elections director Nurul Izzah Anwar, the Lembah Pantai MP who was barred from entering Sarawak earlier in the day.

He said the 15 seats were deemed "non-negotiable", ahead of talks with partners DAP and Parti Amanah Negara (Amanah) in Pakatan Harapan.

The term 'non-negotiable', especially used among supposed allies, is undeniably arrogant, combative, preemptively negates options for cooperative discussions or comprises, and smacks of a lamentably nasty 'ketuanan' mentality, but then PKR has this selfish habit of making unilateral public announcement on seat allocations while never fails to get the goat of its allies.

Apart from a propensity to seize the lion's share of Pakatan seat allocation, PKR has been known to want a monopoly on mixed ethnic constituencies (on whatever nebulous basis it has claimed as its party credentials) while at the same time avariciously eyes the attractive blue ribbon seats with Chinese majority in which DAP has traditionally contested.

Thus, we would expect PKR in claiming it's a multi-racial party to want most or all of the mixed-ethnic seats while at the same to also demand a sizable chunk of the blue-ribbon Chinese-majority seats as well, two humongous gluttonous bites of the cherry chiku (sapodilla, manilkara zapota). 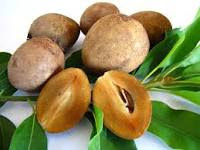 We saw PKR's selfish avaricious gluttonous appetite for seats in the last Sarawak election where it unilaterally, preemptively, and arrogantly grabbed 52 (subsequently 49) seats out of an available 71 state constituencies - yes, kid you not, 52 out of only 71 seats, wakakaka, leaving 19 to be shared among DAP, PAS and SNAP. It even talked down patronizingly at SNAP.

But it ended up with a bloody well-padan-muka tummyache, winning only a miserable 3 out of 49, while DAP won 12, wakakaka.

So the jealous budak kecil PKR wailed and ranted post-election like the sore loser it was, has been and undoubtedly will be.

Yes, it groused, groaned and grumbled like a green-eyed monster, suddenly accusing DAP of staying safe in urban areas instead of venturing forth into rural constituencies, conveniently forgetting that its own self had unilaterally sapu all 49 (initially 52) seats, thus denying DAP the opportunity to contest in the outback. What @$$h*le logic!

As I wrote in May 2011 in a post titled PKR's green-eyed monster:

He claimed that PKR “...wants its Pakatan Rakyat PR partners to contest in ‘black seats’ in the next general election and dismiss the notion that they cannot cross the racial divide.”

He also told reporters that PKR “... could not continue shouldering the burden of contesting in BN strongholds alone."

This has been the state head of a party who preemptively grabbed 52 (subsequently 49) seats without even a thought for its coalition allies, presumably in an unrealistic expectation PKR could be the winning Pakatan member with the majority of seats, with him as CM wakakaka.

Here’s a case of a greedy gluttonous grabbing beast which had refused to share and ate more than it could practically swallow, and then blamed DAP for its tummyache. Padan muka and wakakaka.

To summarise, as expected, as known and as true to its selfish gluttonous nature, PKR the ultra kiasu creature has again done the same thing in seat allocation for the coming state election, ignoring its own history that in the last Sarawak state election it also UNILATERALLY gobbled the lion's share of seats but ended up as a dismal failure (its true intrinsic self, wakakaka).

To reiterate, the arrogant and selfish use of the term 'non-negotiable' in a PREEMPTIVE and UNILATERAL public announcement could possibly mean a likely war with DAP and Amanah, especially the former.

Push comes to shove, DAP should bite the bullet and contest the seats it feels it has a good chance of winning even if it means a 3-corner fight with PKR and BN.

I say this because we need to remember the DAP in Sarawak is unlike its more accommodating Peninsula branch, and therefore is more inclined to meet the Sarawak PKR head on!

Just a reminder of the Sarawak DAP's independent nature (from Peninsula control) it was the first in the old Pakatan to break off completely with PAS.

OK, it's time to prune off PKR, at least in Sarawak if not in Peninsula, wakakaka.