Malaysiakini - Americk: Cecil is a lawyer of the highest integrity ...

Americk Singh Sidhu had been the lawyer for Balasubramamiam, he of the twin SD's notoriety, wakakaka. 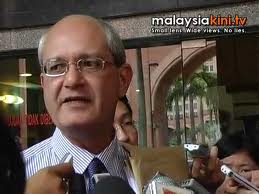 In his (Americk's) effusive praise of Cecil Abraham, he was quoted by MKINI as stating lawyers belong to "... an historically noble profession, ...".

Hmmm, maybe historically they might have been, wakakaka, and maybe in Malaysia they are (I'll take his word for it) ..... but elsewhere in the world, lawyers are deemed as slugs of a much lower order than second hand car salesmen and bankers, wakakaka. 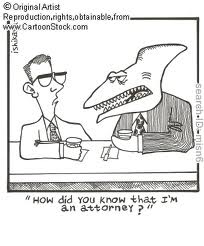 Peter Karamoskos, an Australian nuclear radiologist for 13 years and who represents the Australian public on the Radiation Safety Committee of Australia, expressed his reservations on the Lynas recycling plan to New Matilda, an Australian news website.

The Malaysian Insider - Russians pay US$1,000 for doomsday party in Soviet bunker 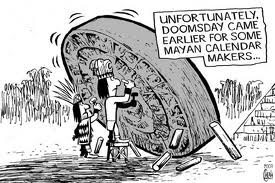 Malaysiakini -  Penang BN launches its 'vote us back' message

The BN continues to pledge free port status for Penang to put it back on the world map of the international business arena.

It said it would raise Penang's global image to be, in the eyes of tourists, at par with other world-class cities such as Hong Kong and Singapore and create a business-friendly environment for investors and companies.

But it did none of above in the 52 years it was in power!

In fact it was the bloody BN which removed Penang's original free port status. Pordah.


The Malaysian Chronicle - Anwar drops BOMBSHELL: It is possible for Dr M to have US$ 44 BILLION FORTUNE!


Opposition Leader Anwar Ibrahim dropped a bombshell on Thursday, saying it was not impossible for his former boss Mahathir Mohamad to possess a fortune of as large as US$ 44billion, which would make the latter the world's second wealthiest ex-leader.

"Yes, it is possible. Why not? Look at his family, his cronies. This is why Dr Mahathir should explain," Anwar told a press conference at his party headquarters in Tropicana, Petaling Jaya.

He was responding to a recent Malaysia Chronicle news report highlighting a Wikipedia page of the world's richest leaders and ex-leaders and how much wealth they possessed. CASE OF THE MISSING NAME: So is Dr M the world's 2nd richest ex-leader with $ 44 BILLION?

The Wiki page, updated on December 14, had put Mahathir as the second richest ex-leader after Egypt's Hosni Mubarak, who it estimated was worth some US$70 billion. However, minutes after the article was published, Mahathir's name mysteriously disappeared from the Wiki list and Indonesia's late president Suharto, in third place with an estimated US$35 billion, was pushed up to replace the former Malaysia premier.


Wah benarkah? But then, Anwar should know. After all, he was besides Dr Mahathir for 16 years, wakakaka.