As kaytee sees it, the election campaigning in Ijok leading up to the election day yesterday was the real battle, an atypical case where form outweighed substance, and process more significant than outcome.

Yes, the election victory for Parthiban and BN per se was probably incidental, but the defeat of Anwar Ibrahim (even by proxy) and all he stands for or asserts during the campaigning was more important and better valued by the BN.

Of course a win and a loss are still that, a win for the BN, particularly for Parthiban, and a loss for PKR, particular for its supporters. This would now be played up by the BN.

It was claimed to be a proxy war, between Anwar Ibrahim and Najib Razak, allegedly for the No 2 spot in UMNO and thus the DPM appointment, but really an alleged 'war' promoted by an agenda set outside of UMNO, wakakaka, though there had been allegations of UMNO insiders involved.

Nonetheless it had to be dealt with ruthlessly, for in Malaysia, rumours left unchecked takes on a frightening life of its own.

Because of this, the usual BN pork barrelling (using government resources and the dispensing of public monies as if those belonged to the BN), had been unprecedentedly obscene - for crying out loud, 200 sewing machines!?

Yes, it was not just a case of the BN fighting for Parthiban but more of one to crush Anwar Ibrahim and thus discrediting his iconic status as an opposition leader. It was 'total war'.

Thus, I wasn't surprised that AAB emerged at the final moment to campaign and at the same time, gave his publicly announced support for a slightly beleaguered Najib, perhaps to kill off those rumours of Gerakan Anti-Najib having UMNO insider support. 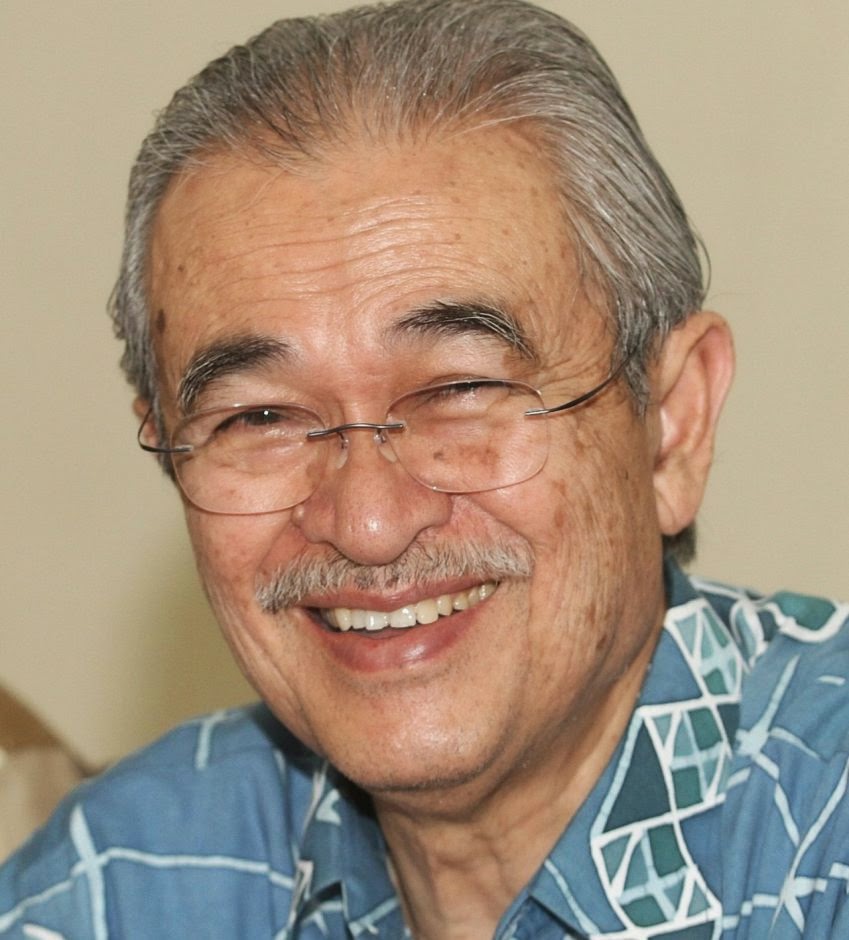 On that same score, it was hardly surprising that the electorate witnessed ugly scenes of violence, mainly by BN supporters but certainly a few cases from PKR members – a case of territorial stoush between a tiger and a leopard which elderly Chinese would tell you are brethrens born of the same tigress*.

Both sides resorted to salacious smearing campaign, a speciality of UMNO and those (previously) nurtured under UMNO, wakakaka.

In fact, everything was unprecedented, what with bloggers of all description and leanings pouring* into Ijok during the campaign, either by taking up temporary residence there to blog with more ground credibility, or in spirit only but relying on information sources.

* Afternote: which brought me into conflict with sweetie Susan Loone who urged bloggers to turun padang into Ijok while I urged otherwise, wakakaka. Though (and I must admit) I was scared of her initially, more because of her gorgeous overpowering personality which made me want to immediately fall in love with her, very much to Monsterball's disgust, wakakaka, it was a serendipitous conflict because Susan and I became good mateys after that, once we shared some views and found that we have more in common than we had believed. Besides, we are both Penang laang, wakakaka

The Anwar Ibrahim factor attracted significant foreign media into a state by-election that would normally be ignored by the international press. The opposition parties worked together as if it was 1969, though with some ‘pretend-I-don’t-see-you-'coz-I-can't-bear-to- see-you’ (wakakaka) tension between PAS and the DAP.

This was an election where ironies abound. The BN, known for its racist politics, policies and practices took a humongous risk by putting up an Indian candidate in a Malay-majority electorate, when local Malays (supporters of BN) had voiced loudly their preference for a BN Malay candidate, mainly because the previous (late) MIC ADUN, Sivalingam, lost their confidence in his poor performance in representing them.

I term the risk-taking ‘humongous’ because of huge stakes involved, that of Anwar Ibrahim’s candidate winning. I believe the BN has won more than Ijok because of its risk taking.

One can spin it any which way or resort to hair splitting, that of multiracialism versus power-sharing, but the bottomline was the BN put up an Indian candidate, whilst PKR, who claimed to be a multiracial party opted for a play-safe ethnic-based approach in Malay-dominated Ijok.

As Dr Chandra Muzaffar and Malaysiakini editor Premesh Chandran had advised, this is something PKR must now evaluate seriously. As I had said from the very beginning of my posting on Ijok, the PKR would lose more than just Ijok.

Another difference to the typical Malaysian politics of David versus Goliath was that in Ijok the BN put up a Davidic candidate whilst PKR a comparative Godzilla.

But unlike the movie Godzilla, size didn't matter because Khalid Ibrahim’s high profile in fact turned out to be a liability. He has been unfortunately remembered by Indians with a decided lack of fondness or respect. An unhappy PSM had reminded most local Indians of Khalid as an unfriendly Guthrie towkay. This has been another departure from the typical opposition versus BN scenario, where the opposition candidate is usually the underdog hero.

Predictably Anwar Ibrahim made a play for the crucial and ironically 'pivotal' Chinese votes by promoting himself as a champion of everything for multiracialism, particularly vernacular language education. Despite being supported by Lim Kit Siang and one Chinese educationist, he was already tainted on this issue by his past conduct as the Education Minister. 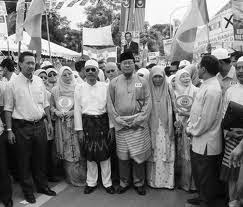 Needless to say, the MCA and Gerakan milked his past record to its last bitter drop, with Ong Ka Ting stating (unusually) in a Chinese aphorism, that Anwar would speak in human language to humans and spirit language to spirits, meaning he (Anwar) is an untrustworthy political chameleon.

However, there were some light moments coming out from the campaigning, with probably Najib Razak taking the prize for his promotional description of Parthiban to the local Malay electorate.

Najib quipped (kaytee’s words to the effect) that after the election, there should be a search for a bride for bachelor boy Parthiban, and that he should enjoy his current status while he can, because he (Parthiban) doesn't know what he’ll be into (the marriage) and in for.

Was Najib talking from experience? Wakakaka.

Some lessons, mainly for the opposition parties like the DAP, PSM and PKR (particularly the PRM component), ought to be considered:

As I remarked to a friend, the result in Ijok has been a sweet & sour dish for me (hu lam snui) – sour because BN has won again, but sweet because it allows me to raise the above three questions for DAP, PKR, PRM and PSM.
Posted by KTemoc at 9:30 am