Dr Mahathir must be proud that his Vision 2020, of Malaysia attaining 1st World status by the year 2020, was very much in evident during the nomination process for the Ijok by-election in Selangor, outside the Dewan Orang Ramai Batang Berjuntai, near Ijok.

After the nomination period ended at 10 am, supporters of BN’s K Parthiban and PKR’s Khalid Ibrahim decided to flaunt their V-2020 credentials by ‘exchanging’ bottled water, a traditional though modernised Malaysian custom.

In the old days, any handy loose chairs would do as piloting aspirants air-tested the furniture’s aerodynamic properties. But today, that’s really déclassé.

1st World affluence demands that only bottled water would do, and bearing in mind science’s advice that 1 litre of water weighs 1 hefty kilogram, flying missiles of 375 ml or even 750 ml unopened bottles could have devastating effect.

A supporter of one of the candidates was heard to have said “Take my Evian, you …. (censored) …”

Mount Franklins, Abbey Well, AQA, Adonis Heilwasser and our local Alpine were among many brands shown off and exchanged by wannabe test-pilots from both BN and PKR.

I heard those el-cheapo DAP blokes and lassies who were there stuck to JKR-juice in imitation Tupperware and refused to release the containers for launching, whilst PAS also refused to let go of their Al Ghadir (imported from Saudi Arabia). It would have been most disrespectful to fling away stuff imported from the Saudi nation.

The top find from the post-exchange debris was a Bling H2O (at US$40 for 750 ml, the most expensive bottled water in the world) but no one wanted to confess to ownership. A few Chap Tiga Kepala were also discovered, evidence to Najib Tun Razak’s glocalisation, but again, like the other end of the range Bling H2O, there were embarrassed reluctance to admit to their ownership. 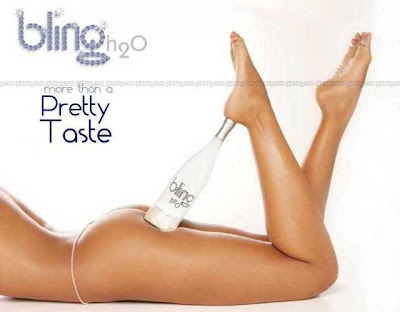 Some shouts of “Korrupt” and “So-domee” were also offered but I was advised those were brands yet to be on the market. Again I was informed the third called “Al-Tan-toonya" (sounds like it’s from a joint Arab-Chinese company) wasn’t an East Asian or Middle-Eastern brand - yet anyway.

Hmmm, some blokes had the bloody nerve to cash in on the nomination day with early advertising for their wares.

Congratulations on your vision, Doctor, we certainly are 1st World Boleh even in our fracas.