Snap polls on the cards in Johor due to brewing tension between Umno, Bersatu 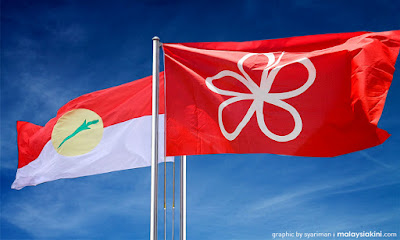 The tension between Umno and Bersatu could lead to a snap polls in the southern state, according to a high ranking Johor Umno source.

Speaking to Malaysiakini this afternoon, he said this would be an option if Bersatu did not desist from pressuring Umno over political appointments.

"Bersatu has been trying to pressure for positions but Umno has countered back with the threat of state elections," he added on condition of anonymity.

Johor Bersatu has been complaining that political appointments, including to state GLCs, were not done in an equitable manner and accused Umno of sidelining it.

Perikatan Nasional (PN) formed the state government in Johor after Bersatu defected from Pakatan Harapan to join hands with BN and PAS.

The source believes that when faced with a possible snap polls, Bersatu would back down.

"Johor Umno is much stronger, we can win the polls on our own.

"We hold all the cards. Who are they (Bersatu) going to turn to, Harapan? Obviously that is not going to happen," he added.

Former Johor menteri besar Osman Sapian, however, said dissolving the state assembly is not within the jurisdiction of the state government.

"That is the sultan's prerogative," he told Malaysiakini.

Section 7(2)(b) of the Johor Constitution states the monarch has the discretion to "withhold consent" on a request to dissolve the state assembly.