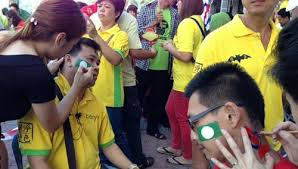 KUALA LUMPUR, March 11 ― The new opposition alliance PAS plans to form next week with an unnamed partner is not likely to achieve the Islamist party’s goal of hurting Pakatan Rakyat or Barisan Nasional’s (BN) chances at the ballot boxes the next federal polls, observers said.

Political analysts told Malay Mail Online that this so-called third force would create barely a ripple in the country’s political landscape as the 14th general election will remain either Pakatan Harapan’s or BN’s to win.

Associate Professor Dr Jeniri Amir said at most, the new alliance could steal some votes from Pakatan Harapan.

“Yes, PAS's new pact can split the (opposition) vote… might deceive some voters in GE14 (14th general election), but the impact is going to be nothing on Pakatan Harapan and BN.

“If you ask me, it is just a dream and PAS is not going to go anywhere with this as the party is more interested in championing its own agenda after falling out with PKR and DAP,” the Universiti Sarawak Malaysia senior lecturer told Malay Mail Online when contacted.

For analyst Khoo Kay Peng, PAS’s latest maneuver was just the Islamist party’s way of flexing its muscles to show its former allies in the opposition that it was doing just fine on its own.

He said, however, that while PAS is free to do as it pleases, starting a new opposition bloc is “politically unnecessary” and akin to putting the cart before the horse.

The analyst said the party should first set its priorities and political goals right before forming an alternative pact to Pakatan Harapan, the alliance it refused to team up with due to its failure to close ranks with its former allies in the DAP.

“In Selangor, PAS is working with PKR, DAP and Parti Amanah Rakyat (Amanah) and on the federal level, (PAS president Datuk Seri Abdul) Hadi (Awang) is seen to be somewhat aligned with Umno… I think the party is little confused at the moment,” he said.

Whatever its boast, PAS lusts after Chinese votes. That has been why it declares it's teaming up with a multiracial party, not any Islamic party but a multiracial one, though saying this when it's playing footsie tootsie with UMNO.

And it hopes somehow PKR in Selangor will help shore up its likeable-to-Chinese credentials there.

For more, see my earlier post titled Another Malaysian father-in-law story where you will find out why PAS has been so keen to show Pak Haji Hadi Awang has a Chinese relative, wakakaka.