Late last year on 06 October I posted The woman who would be king ... maker? in which I lamented Maria Chin Abdullah taking the politically neutral BERSIH a la Star Trek to places where the NGO on fair & clean elections has never gone before. 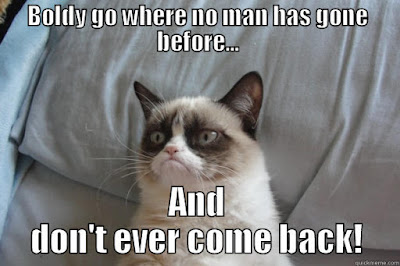 In fact, in 2013 when she took over BERSIH she was reported as follows:

Maria agrees that Bersih's struggles are similar to that of Pakatan Rakyat, but said that it remains independent.

"We have invited Barsian Nasional to join us. Unfortunately, they see us as the enemy. We are giving them constructive feedback on how we can improve together. They do not accept it because it challenges their power base, so they resort to poor tactics. They defame you. They deny you media space. They brand you and they sue you. That is not the behaviour of a mature government.”

Is BERSIH today, under Maria Chin Abdullah, as independent as she had claimed 3 years ago? Malaysian mudah lupa?

And would anyone blame BN for refusing to support BERSIH 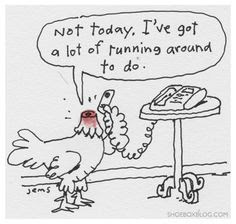 Both are running around desperately allying themselves with all and sundry to depose Najib including (a) the man who incarcerated LKS for 17 months in 1987 under Ops Lalang (admittedly Anwar Ibrahim as Education Minister started the issue which led to Ops Lalang), who he (LKS) had severely lambasted for making the 929 and 617 Declarations, who had previously condemned BERSIH, and (b) the MACC who is yet to answer for the strange death (or murder) of Teoh Beng Hock at MACC Headquarters, etc.

Like Lim KS, Maria Chin was said to have allegedly forgiven Mahathir for his wrongs during his PM days. I wonder whether Maria Chin remembers the Sabah elections 1994 (admittedly Anwar Ibrahim was BN director of elections there) and that infamous Ops IC in Sabah (when the Royal Commission showed one Melayu mudah lupa).

Anyway, back to BERSIH - many NGOs endorsing BERSIH have distanced themselves from Maria Chin, saying she did it on her own and not on behalf of BERSIH and that BERSIH will not participate in any of Mahathir's Citizens' protests.

The term 'distanced themselves' means they don't want to be associated with Maria Chin's bizarre support of Mahathir.

Really, I can't blame them, Any neutral party could see easily that Mahathir has promoted the so-called Citizens' Declaration for his own (his sons') interests and not for reforms or democracy. I can understand Azmin Ali and PKR supporting Mahathir but why would Lim KS and Maria Chin?

As my visitor bruno would exclaim "Go figure". Wakakaka.