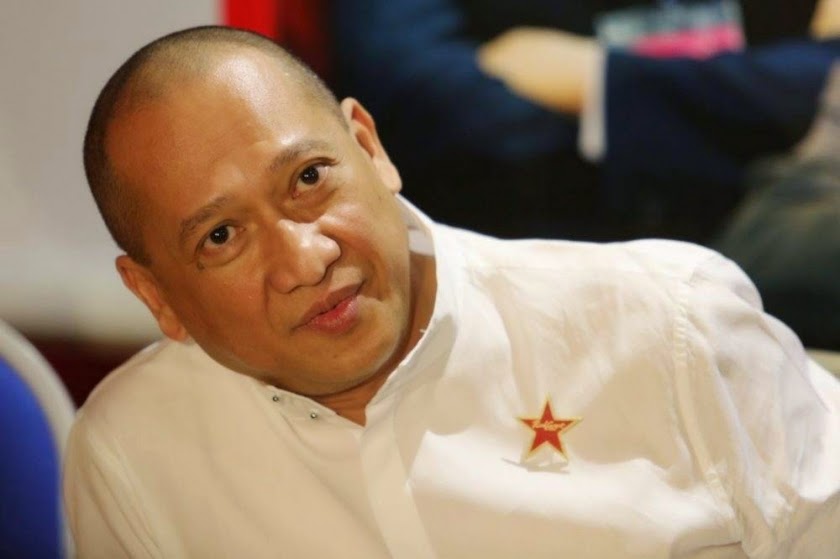 I've been watching this bloke for quite a while. Sometimes he had been plain nasty, eg. when he called Dr Pornthirp a liar; other times he came across as an okay sort of guy as when he consoled Eli Wong during her moments of greatest stress (and when those vacillating PKR party bosses, her own party leaders Khalid Ibrahim and Anwar, showed reluctance and in my opinion, the lack of loyalty and guts, to come out promptly to firmly support her).

And to my happiness, Nazri is against capital punishment. Really, I can never fathom the mentality of educated people who support state murder ... yup, because that’s what capital punishment is, murder sanctified by man-made laws and man-made decisions which usurp the prerogative of, for you religious people, God.

This is where Asians (e.g. China, Singapore, Malaysia, and even Buddhist Thailand) and some states in the USA are barbarically zillions of civilized miles behind Western Europe, Australia and Kiwi-land.

Indeed, its a remarkably conscionable and decent side of Nazri in being against capital punishment when most in his party support the death sentence. Now, hadn't he been a regular (UMNO) heretic, not unlike Pharaoh Akhenaten? Wakakaka. 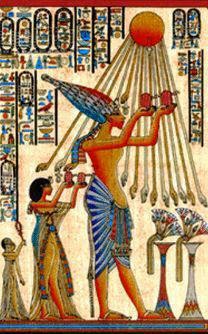 Nazri Aziz has always been surprisingly vocal in a secular sense, particularly in the M Moorthy saga where he agreed with non-Muslims that, until the late Moorthy’s religious status was confirmed, the civil courts should hear the appeal by Moorthy’s widow. See my posting Tottering Tower of the Moorthy Saga.

Now, as the to-be Law Minister, in his first interview, Nazri said he firmly believed that the civil court has jurisdiction in cases of conversion to Islam. He clarified what Article 121 (1A) means and why the PM had declared the Article shall remain unaltered. Nazri stated that the civil court has no jurisdiction to review decisions of the Syariah Court, except in cases of conversion from non-Muslim to Muslim, like the late Moorthy.

He confirmed what I posted in Article 121(1A) - What terrified the Civil Courts!, where I commented that the Article was meant to deal with Muslims who wanted to leave Islam, like teacher Abdul Rahim in in the mid-1980’s, and not cases like M. Moorthy's where the religion of the deceased was still 'iffy'.

Nazri Aziz has also condemned the attempted formation of a volunteer force of religious snoopers, as posted in Malaysian Taliban-ish Peeping Toms.

Now, Nazri Aziz has done it again. He admitted what virtually everyone in Malaysia knows already, but it’s refreshing to hear it out straight from an UMNO minister. In fact I find it rather astonishing and unexpected!

Nazri Aziz conceded that over the years UMNO had been under political pressure to out-Islam PAS in their battle for the Muslim constituency. Basically, UMNO has been politically stampeded into demonstrating its Islamic credentials that extra vigorously, and do things which UMNO had felt would be at the expense of the nation. He was replying to lawyers on whether the country had been pandering to the agenda of Islamic hardliners.

Nazri called on secular-minded Muslims to speak up even at the risk of being labelled as infidels or apostates. He said:

“The problem among Muslims is that we rely on people who are knowledgeable (Islamic scholars) but people like you and me are secular. So speak up, even if you may not be the majority.”

He revealed that he disagrees with those conservative Muslims who felt that only those who are well-versed in religion may comment on Islam. He said if the majority speaks up, the government would find it damn difficult to ignore them.

But one thing is for certain, that he is the PM's man, whether the PM be AAB or Najib.

So, whenever something was or is against the PM's interests he would show his nastiness or unreasonableness, eg. in the Medical Council's derecognition of the Crimea State Medical University degrees (he called a MIC Aneh 'racist' 28 times, wakakaka), railed against Lim KS, called Bersih 'pondan' (contextually 'coward'), and as mentioned earlier, accused Dr Ponthirp Rojanasunand of lying during the inquest into TBH's still-unexplained death and on her allegations of political pressure on her not to continue participating in said inquest.

On the flip side, Nazri had blasted Dr Mahathir as a 'bloody racist' for the latter's support of the Biro Tata Negara's (BTN) racist indoctrination of civil servants and university students.

Then, when Najib initiated his 1Malaysia policy, very much to Dr M's unhappiness and also to Muhyiddin's out-of-sync declaration that he was a 'Malay first' rather than a 'Malaysian first', Nazri wrote a letter to Utusan's Awang Selamat stating his famous "And yes, I am a Malaysian first and Malay next. Does any bigot have a problem with that?”

At that point in time, Dr Mahathir was unhappy with Najib's 1Malaysia, because as I had suspected, he couldn't bear the thought that under Najib's 1Malaysia administration, O Horror of Horrors, the Malays might no longer be the masters, the tuan of their ancestral land.

On 02 August this year the Star Online reported Nazri agrees with Penang proposal to bar foreign cooks in hawker stalls. 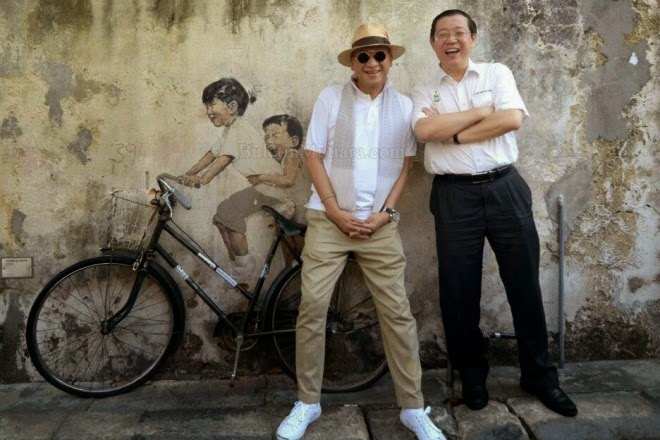 Nazri Aziz’s support for Lim Guan Eng’s proposal to ban foreign labour from cooking Penang street fare is one such case to highlight. More recently, there was an attempt by a pro-Umno blogger to link Nazri to a video of a group of people frolicking in their birthday suits on the beach in Teluk Bahang, Penang. Wakakaka

The blogger zeroed in on Nazri and attacked him for his cordial relations with the DAP Chief Minister of Penang, seeing some connection in Nazri’s presence in Penang at the time the video was purportedly taken. Nazri, in his usual frankness, called the blogger “stupid” and “sub-standard”.

This episode with Nazri in his role as the Tourism Minister supporting the government of Penang isn't particularly controversial by any yardstick. But in the eyes of pro-Umno bloggers, Nazri had crossed the line because he was depicted in photos as having far too much fun with Lim at the Penang Arts Festival. [...]

But our fractured society and education system have engendered the belief that politics and government should both be the sole, exclusive domain of Umno or its proxies, and that everything or everyone else is an interloper.

A fanatic’s mindset will never admit fresh air and sunshine into its recesses. He will not acknowledge that any genuine act of good or kindness from the enemy is even possible.

Thus when Nazri strays into the crosshairs of the blogger’s “target acquisition system”, already pre-set to select Pakatan targets, the operator of the missile fails to discern friend from foe. He recognises Nazri, but fires anyway. “That smiling man must be an ally of the enemy; why else would he be in a war zone?” he thinks to himself. 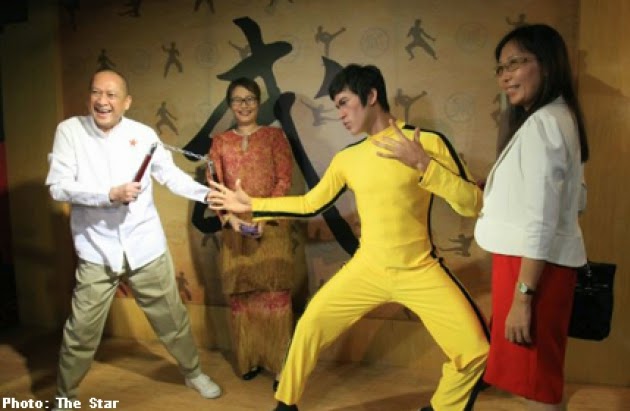 As Nazri is known as a PM's man and thus also as a Harbinger of the PM's inclination, and Nazri was seen to be chummy with Lim GE, was Dr M alarmed by Nazri's friendliness with Lim as a harbinger of Najib's wooing of Lim (and the DAP)?

I had then speculated the following:

Najib wants to progress Malaysia onward and out of a likely coming slump - obviously he  doesn't want to be known or seen as the PM of Malaysia who had allowed his country to become a failed state.

Unlike UMNO's hardliners, he has assessed he needs the nons to support him in his development plans.

The MCA, MIC and Gerakan have been monumental failures in their inability to gather support from the nons, so to Najib they're f**king useless. Sorry for my blunt words but I am bluntly truthful.

PKR is automatically persona non grata because of Manmanlai, wakakaka, and PAS is in general, thanks to the ulama (wakakaka) and their desperate need for UMNO to make up the necessary 2/3 to support the Hudud push, already in the Malay Muslim Unity bag.

By simple elimination, there remains only the DAP which coincidentally has enormous Chinese and to a lesser extent Indian support. Najib wants to harness those support (remember Hindraf, not so much for its failure but for the fact that Najib wanted its claimed Indian support, wakakaka).

Hence Nazri would be seen as Najib's Head-kicking Heretic Harbinger (in his pally-buddy chummy relationship with DAP's Lim GE) because for UMNO to cooperate with the DAP would be considered by its hardliners as an act of political heresy. But that's precisely why Nazri had that vanguard role, to test the DAP water with his toes and to also take the flak (friendly fire) from the anti-DAP UMNO-ites.

Najib of course doesn't necessarily require the DAP to join the BN, but to cooperate in bipartisanship on a number of development fronts.

But Dr Mahathir's withdrawal of support for the Najib government, as reported by TMI on 18 August, sure as hell put a stop to the suspected coziness with DAP.

So yesterday when the Malay Mail Online reported that Nazri Aziz said today he concurred with retired prime minister Tun Dr Mahathir Mohamad’s view that division within the Malays have made political beggars of the country’s largest ethnic group, I knew that a bloke like Nazri who detests Dr Mahathir, having called the former PM a racist, must have been acting on behalf of his boss, the PM.

In other words, I believe Najib has succumbed to Dr Mahathir's continuous criticism of him and his government, especially on the 1MDB issue, and made worse by the non-stop buzzing on the local grapevine (some no doubt spread by hopeful Pakatan supporters, wakakaka) that Najib's term as PM is nearing its end.

So, will we soon see Muhkriz coopt-ed by the PM via the Senate backdoor into being a full minister in Najib's cabinet, in some significant ministerial post? Wakakaka.