Reading the recent comments of both former NST group editor Pak Kadir Jasin and former Info Minister Zainuddin Maidin (Zam), known to be stalking horses and spokesmen for Dr Mahathir, in conjunction with the actions of PM Najib Razak, we know that Dr Mahathir Mohamad still reigns supreme in the world of UMNO and thus Malaysian politics, despite being out of officialdom for more than ten years - such is his influence, power and persona.

People talked about UMNO rightwing gaining ascendancy but the fact remains that it is Dr Mahathir who controls and/or influence those rightwing elements, either directly or indirectly by popularity and through his voiced opinions.

But for all his strength or because of it, Dr Mahathir continues to be a very sad captive of three issues, namely, his fears of (a) Malays being delegated into second place in the Malaysian scheme of things despite their majority (even though his proposed actions, policies to protect them are ironically drowning or marinating them in mediocrity), (b) his legacy or his vision of where he wants Malaysia to go, and (c) [this is more recent] his son's place in Malaysian politics, presumably to serve as guarantee of continuing his legacy and vision.

The above three are BIG chips on his shoulders which have seen him swung bizarrely to and fro, from his once-noble Bangsa Malaysia to Ketuanan Melayu, from criticizing the Malays as 'lazy and stupid' to warning them about Chinese politico-economic dominance, etc.

But back to Najib, he saw the writing on the wall vis-a-vis his continued political career, and given a lack of support latitude (almost no Chinese support), has been forced to kowtow to the demands of UMNO's righwing swell by retaining the Sedition Act, though he couldn't resist a parting shot at his personal Old Man of the Sea (sitting on his shoulders, wakakaka) by reminding UMNO of Dr Mahathir's 1969 mistakes with the Chinese. Malaysiakini reported:

Prime Minister Najib Abdul Razak has reminded Umno delegates of Dr Mahathir Mohamad's defeat in the 1969 general election after declaring that he did not need Chinese votes.

"How many times has Mahathir mentioned about his loss in the election during the (Umno assemblies)... the Malay votes were not enough (for him to win)," he added.

"He accidentally said he did not need Chinese votes and he lost, that is a lesson for him," he told delegates in his winding-up speech.

As such, Najib said declaring that the ruling coalition did not need Chinese votes was akin to the Malay proverb: "menang sorak, kampung tergadai" (Cheering but not gaining anything).

"Use your brains (guna akal)," he added.

The prime minister raised this after several delegates at the Umno general assembly this week took aim at Chinese voters for not supporting BN and urged the government to ignore them.

Najib has been ultra kind to Dr Mahathir by describing the latter's sombong snub of the Chinese in 1969 as an euphemistic "accidentally said he did not need Chinese votes" - it was no accidental boast by the then assertive aggressive UMNO young Turk.

Nonetheless, Najib's upholding of the Sedition Act earned him a pat on the head from one of Dr Mahathir's 'voices', namely Pak Kadir Jasin, which effectively means Dr Mahathir has approved.

He must have been sufficiently convinced that his popularity with Umno members in particular and the conservative Malays in general is declining and the challenges against his leadership could very well be real.

Damn me if you wish, but on this, I am with Mohd Najib. I have never been in favour of Mohd Najib’s decision to repeal of the Internal Security Act (ISA) and the Emergency Ordinance (EO). The furthest I would go is to amend them to be in tune with time. 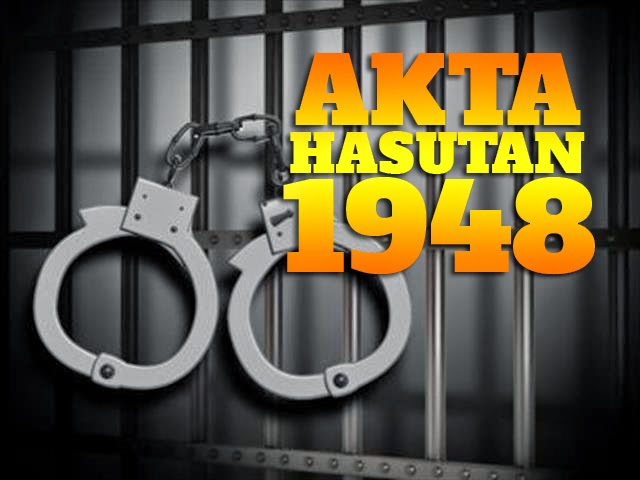 After an about-face on SA, Mohd Najib might very well be stronger as Umno President, but the BN could lose more support among the non-Malays and the liberal elite.

In making the decision, he was addressing himself almost exclusively to Umno. He said he made the decision because he listened to Wanita and Youth movements and to the Deputy President (Muhyiddin Mohd Yassin).

It was a clever move. By shifting part of the blame to Muhyiddin, who has spoken about the dangers of repealing the act, he is lessening his own burden of responsibility.

This is the price Mohd Najib is paying for behaving more like a president than prime minister. He would not have been in this mess had he consulted Umno and party elders before repealing the ISA and the EO, and announcing plan to do the same with SA.

The silent majority among the Malays was against the repeal of the ISA and the EO. The repeal of the former lessened government’s ability to act against terrorism and the latter unleashed thousands of criminals and bad hats on the society with bloody outcome.

Pak Kadir Jasin commented that Najib by doing the unpopular with the Malaysian public (minus UMNO people) won't lose anything for he had long lost the support of his main critics, namely the public who support Pakatan (generally Chinese and some Indians), and in fact is even unlikely to win their support if he does away with the Act.

In other words, what has Najib to lose politically by ignoring the call to repeal the Sedition Act, but rather everything to gain (from internal party support)?

To be fair to Najib, he has cautioned UMNO against marginalizing the Chinese.

Prior to the 2013 general election I noticed Najib did try to win over the Chinese. I had then warned the DAP (via my blog) to watch out for Najib's woo-ing of Chinese educationists when he was invited by Dong Zong to the latter's 'open house'. Obviously Najib knew something about Chinese desires which was not so much down in their loins or stomachs (though there's that too, wakakaka) but more in their children's education. I wrote:

I fear there's danger for DAP as Najib has apparently warmed the cockles of the men from Dong Zong if we read Malaysiakini's Najib invited to Dong Zong CNY open house which reported: 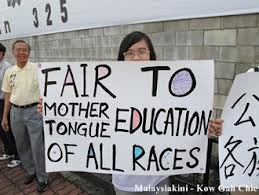 This is the first time in the last 50 years that the leader of the country has been officially invited to attend a Dong Zong event.

Even more significant is the fact that the reception is taking place just before the expected general election in the next few weeks.

The open house, from 10am-3pm will be held at the Dong Zong Higher Learning Centre which is located along Jalan Bukit in Kajang, Selangor.

The premier’s attendance is tipped to be a major breakthrough towards fostering better ties not only with Dong Zong, but other similar associations within the Chinese community.

It was reported in a Chinese daily yesterday that in Johor Baru, 85 Chinese-based organisations came forward to express their support for the premier to attend the open house and said they looked forward to meeting him.

But alas, for Ah Jib Gor, his efforts were not reciprocated by Chinese support, many of whom voiced their bizarre preference for PAS - I have to confess that I had been one of them (at least for a while) who was silly enough to imagine PAS could change its spots.