Ovadia Yosef was not only a King-Josiah-like fanatical Jewish Taleban but also a terrible racist. He sneeringly called the African Americans Kushim, an ancient Hebraic word for a race south of Egypt but in modern Hebrew, a derogatory term meaning something akin to nigger. 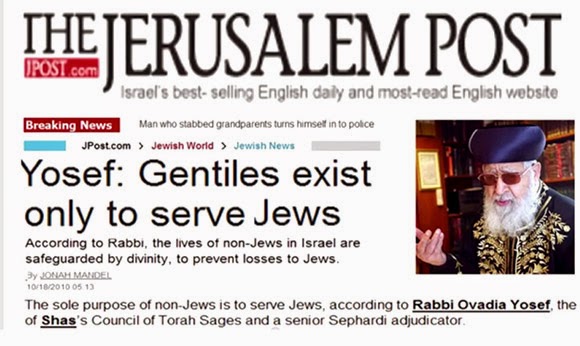 Anyway, after Hurricane Katrina devastated New Orleans he pronounced that as God’s punishment of America for allowing Ariel Sharon to pull out from Gaza.

You may wonder why, for what Ariel Sharon did in Israel, God, Ovadia's God that was, would punish ordinary Americans living in New Orleans (but not Washington DC or Huston or Pittsburgh, etc, or better still, the Israelites in Tel Aviv, Haifa, Jaffa, etc)?


Then that terrible man, the raving saliva-dripping rabbi, said on the eve of an Israeli election (I think sometime in March 2006):

"Cursed be its inhabitants for not having come to God's aid. Cursed be those who do not uphold and obey the words of this law. I hereby issue a religious ruling that everyone must vote for Shas"...

... and I wonder whether YHWH did strike down those who didn't vote for his party Shas. 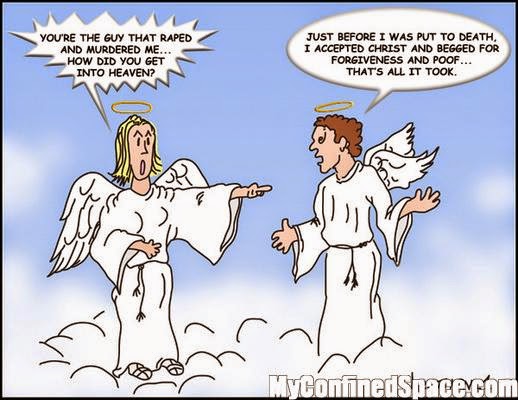 He had also promised heaven for those who voted for him and hell to anyone who supported the acting Prime Minister, Ehud Olmert of the Kadima Party.

Hmmm, doesn't he remind us of someone in Malaysia? Wakakaka

Yes, I recall in March 2004, a so-called much revered spiritual leader also made the 'ticket to heaven' promise some years back. If you had voted for his party you would have received a guaranteed 'ticket to heaven'. 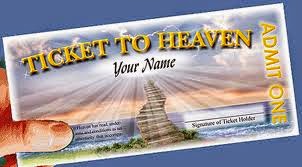 Well, the buah langsat didn't fall far from the langsat tree, beneath which incidentally is a telephone directly to God, wakakaka.

Recently, Pasir Mas MP Nik Mohamad Abduh claimed that the worsening floods in Kelantan was a sign of “Allah’s wrath”, to remind Muslims to return to Allah’s path, and of the necessity to implement hudud in the state. He thus argued the state government must continue with its bid to enforce hudud despite strong opposition.

In other words, according Nik Mohd Abuh, his God has wrecked His divine punishment of several deaths in the flood as well as the forced evacuation of hundreds of thousands, many of which (I suspect) have actually been supporters of hudud.

Don't talk about commonsense or logic or even justice. As one of my visitors 'instructed' me, one must have faith in God and let Him do His Will, even if this results in the deaths of thousands and millions and of untold sufferings as in the 2004 Boxing Day tsunami, the Cambodian killing fields, the Holocaust in Europe, Nanjing and Rwanda among many more, etc.

Somehow, faith or not, I feel it's not correct for God, Nik Mohd Abuh's or anyone else's, to allow his 'wrath' to kill pious Muslims or for that matter, anyone in Kelantan, or inflict terrible sufferings on them when ironically some of them actually support the implementation of hudud.

But alas, who am I an atheist to question His Almighty's Decision.

Golgotha, one of my visitors, left a rather erudite observation when he (or she) wrote:

For the powerless and dispossessed, divine retribution is a kind of last hope of justice for believers, especially in cases where the guilty parties are so powerfully entrenched that there is virtually no possibility of obtaining justice, in This world.

For example, the person or persons who ordered Altantuya's death will almost certainly not face justice, in This world.

Likewise, Teoh Beng Hock's murderer or murderers will not face punishment as long as BN/UMNO is in Federal power, which is likely the entire lifetime of anyone around today. 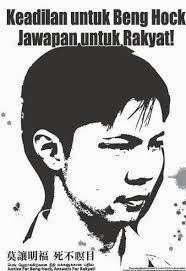 Ah yes, the United States and those make its top decisions will someday face divine retribution for the wrongs it has visited on so many innocent people around the world.

The RMAF worked non-stop to send food and other materials to the  affected and marooned areas while evacuating the disaster refugees and those killed unfortunately in the flooding. Foreign air forces (USAF, RAF, Sing's, etc) came to help.

Some Chinese attributed the terrible flooding and consequential deaths and suffering to the wrath of the 'Heavens' (also a term for the Chinese gods) for the killings of Chinese in KL and PJ in May that same year.

This has been what Golgotha succinctly narrated, that for the powerless and dispossessed, divine retribution is a kind of last hope of justice for believers, especially in cases where the guilty parties are so powerfully entrenched that there is virtually no possibility of obtaining justice, in This world. 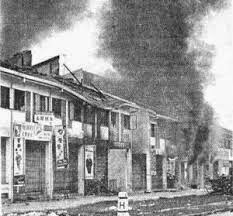 But then, what 'justice' would we be talking about in the case of that moron who claim the current flooding in Kelantan has been a result of God's wrath?

Regretfully we must conclude that it has been nothing more than BLASPHEMOUS exploitation of the great name of Compassionate Allah swt for the politician's own political agenda and interests. 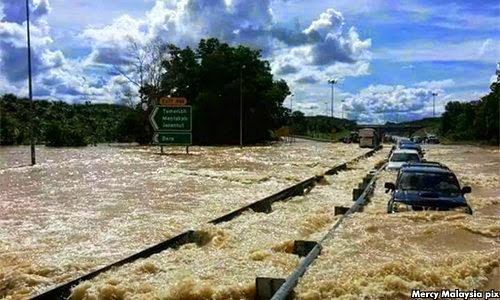