A troubled Sultan of Selangor?

Malaysiakini - Sultan: I could have opted for PAS MB, but... 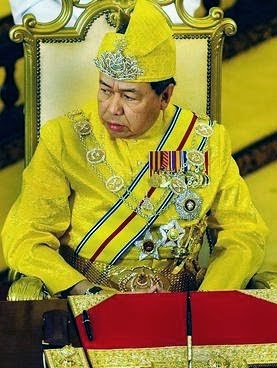 Selangor Sultan Sharafuddin Idris Shah said he "could have" opted to install a menteri besar from PAS to end the recent MB crisis in the state, but he chose PKR's Azmin Ali for the "long term".

In an interview with The Star, Sharafuddin said he was "shocked" when PKR objected to Azmin's proposed appointment, saying that PKR was "very, very selfish".

"He is from the same party but they rejected (Azmin) because of self interest," the sultan is reported as saying.

He stressed that he was not against a woman MB, following the Selangor palace's refusal to accept the nomination of PKR president Wan Azizah Wan Ismail as the new MB.

"I am not against any woman becoming MB but my benchmark is that she must be like the Bank Negara governor," he said. "They (the women) should be able to stand on their own without being under remote control."

Why has HRH come out to give the reason for his choice of MB to replace Khalid Ibrahim? By convention, he doesn't need to. Indeed, why did he do the unprecedented, in granting an interview with The Star for this purpose?

As I had posted on 28 September this year, in my post Only human and not a mere god-king:

HRH explained why he selected Azmin Ali as the new MB of Selangor, then he defended Khalid Ibrahim's record as the previous MB.

The former was in response to severe criticisms of his alleged breach of his constitutional role in ignoring the majority choice of Dr Wan as the new MB, while the latter was in response to him allowing Khalid Ibrahim to remain as MB for more than a month after Khalid Ibrahim was already expelled by PKR and rejected by the majority in the DUN, which in itself was also seen as a breach of his constitutional role.

In other words, his current explanation or justification for his decisions regarding the MB position or situation has NOT been his first, having been preceded by an earlier announcement in late September, almost two months ago.

Royalty doesn't simply provide news media with opportunities for interviews, so it would seem that for HRH to do so, again, he must have been deeply troubled by the unhappiness among his subjects, which would have reached his royal ears. And thus 'disturbed' and perturbed, he must have felt a compulsion to speak out again to explain his decision.

In September I had then written: But the point of this post is not to revisit all those arguments, but to mull over the fact that HRH saw fit to make public statements explaining his decisions over the recent MB issue, which many constitutional experts have criticized.

HRH needn't do so but his actions (in explaining his decisions), as I suspect, have shown him to be only human and not an aloof couldn't-be-bothered god-king figure. 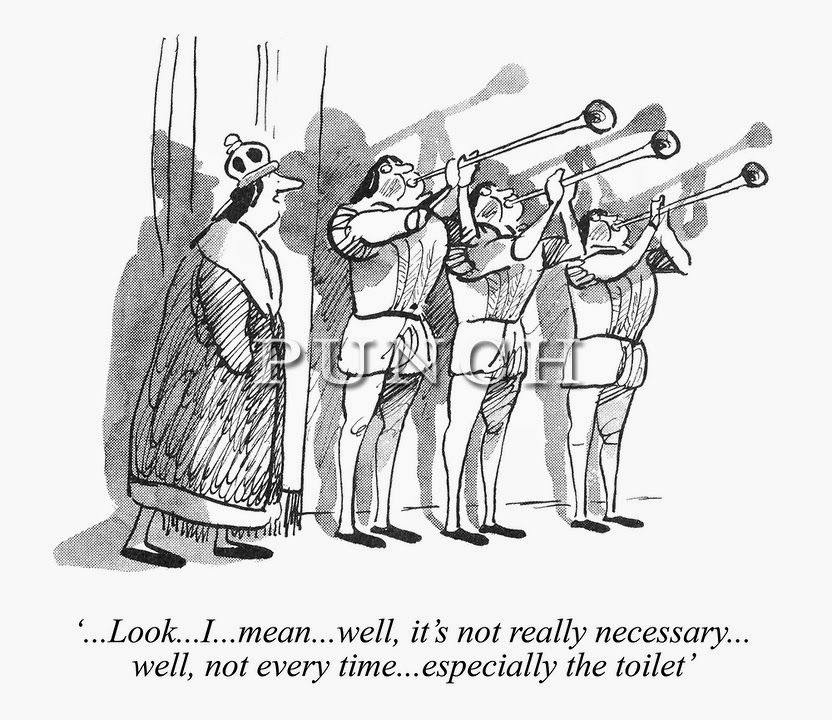 Would we be correct in concluding he must have been troubled by the criticisms.

Yes, as humans we want to be liked.

What do you think? Will you be prepared to accept HRH's explanations as justified?

The majority of you must have said 'No', because from the interactive forums of news media I am afraid that even HRH's second explanation has not been well received by most commentators. And alas, we can't say HRH doesn't care two hoots because of the fact that he has seen fit to speak out twice, within two mere months.

Some comments from the news media interactive forums said the usual, that HRH lacks understanding of his constitutional role which, in the choice of a MB for the state, would be limited to only approving the nomination of the majority of the State Assembly, effectively the choice of the political party or coalition with the winning majority in the House.

By Westminster convention this seems to be the expected constitutional procedure.

However, there is an occasion when the constitutional ruler may object to a political choice, and that would be when he has reason to believe the candidate for the position of MB (or at federal level for the Agong, the PM) cannot in general fulfill the executive role. 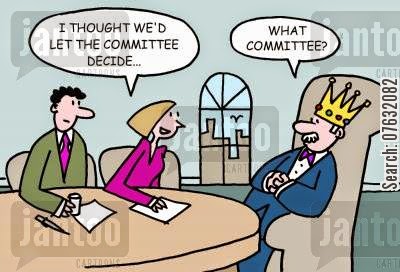 For example, the candidate could be suffering from serious illness, or have a history of financial improprieties, or is a bankrupt, or is already notorious for or even suspected of associations with disreputable social elements, etc, basically, a candidate seen to be unable to fulfill the role of PM or MB properly.

Back to just post-2008 general/state elections, the Regent of Perak might have come to believe an ex postman was not a suitable candidate for MB. Maybe HRH was then a wee snobbish but we saw him select a PAS man who was an engineer. Fortuitously, it was a wonderful serendipitous choice for us because Nizar Jamaluddin turned out to be an excellent MB.

Now back to Selangor, whether the original Pakatan choice for MB, Dr Wan Azizah, fell within such an unaccepted area, it was clearly stated by HRH that he believes that Dr Wan would be a state MB who could NOT be able, in general, to fulfill the executive role.

HRH gave the reason that Dr Wan Azizah would be 'remotely controlled' by you-know-who, meaning she would have become a puppet MB.

Whether we agree with HRH, and many of the readers on the news media interactive forums don't, wakakaka, let's nonetheless examine some issues which might have given HRH those adverse perceptions. 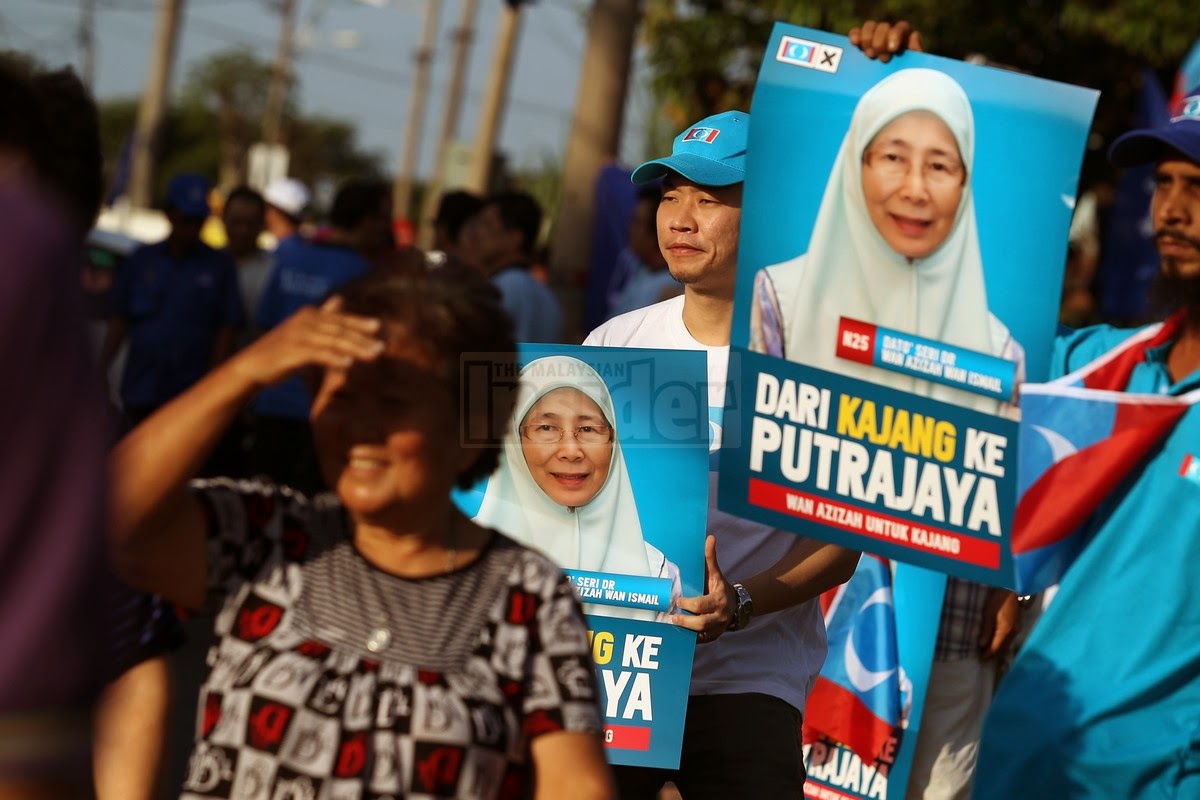 Secondly, Dr Wan Azizah is known (and termed by kaytee) as the 'super sub'. In my July post with that title The super sub, I had written:

Wakakaka, it's okay - no nid lah to praise me for my prescience, wakakaka again.

Yes, unfortunately Dr Wan has been known to be a yo-yo pollie, who was MP for Permatang Pauh, then abandoned her important role as the representative of that constituency for her hubby, and who took up the candidature for Kajang in the Rancid Satay 'road to Putrajaya' and to forestall the evil Mahathir-led 'army' from invading Selangor, again for her hubby, and who was nominated for the Selangor MB position, again in place of her hubby.

And scarily, she is known to have preposterously declared that her hubby is God's gift to the people. 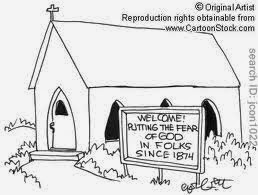 Wakakaka, her ludicrous balderdash description of her hubby aside, could all the above, which seem to us (me anyway, wakakaka) as unnecessary political antics, influenced HRH's perceptions?

No doubt you have your opinions, wakakaka.