More of Tunku Aziz, and less of wannabe Che Guevera


Tunku's disagreement was not with the concept of Bersih - in fact he supported it - but with the conduct of the protest. He didn't support the insistence of Bersih to gather at Dataran Merdeka because it would have been an act of defiance against the law, no matter how bad the law was.

To understand a law-abiding man like Tunku, one only has to read Josh Hong’s brilliant analysis of the man in Malaysiakini’s Tunku Aziz and the Dewan Negara. 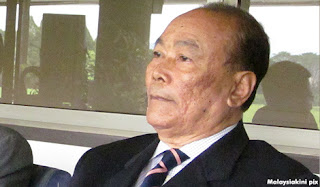 Hong eruditely provided us with a glimpse of Tunku’s psyche when the man “… related how his father was a stickler for rules who would not tolerate it if his son cycled home without a lamp. This anecdote illustrates his father’s fastidious adherence to the rule of law that certainly has had a powerful impact on the Tunku’s future political understanding.”

“But the Tunku did (and still does) harbour political ambitions, perhaps not aspiring to be a government minister of sorts but at least to be able to effect policy changes to some extent. Umno, that is universally known to be corrupt to the core, was out of the question, leaving the DAP the only viable option.”

“Indeed, it would take an enormous amount of courage for someone with dignity and prestige as the Tunku to join Umno of the present days.”

“In some way, the DAP’s ideology matches that of the Tunku. When the left-wing forces were boycotting what they saw as sham elections in the 1960s, the DAP filled the vacuum by contesting in most of the winnable seats and becoming the largest opposition party in parliament, a position that it went on to hold for the next three decades.”

“Again, the party’s faith in what the leftists and socialists would describe as capitalist parliamentary democracy reflected that of the Tunku’s.”

Hong also explained why Tunku didn't bother to join PAS or PKR, especially the latter which Tunku probably viewed as “… made up of a bunch of rabble-rousers and law-breakers.” Wakakaka.

And wasn’t Tunku’s fears proven correct about Bersih likely to be abused to incite mindless morons to deliberately break the law?

That the police went unprofessionally berserk like hoodlums and attacked Bersih supporters doesn’t hide the fact that a number of Bersih participants (from a particular party) misbehaved. As Dina Zaman wrote in The Malaysian Insider’s The Bersih that wasn’t:

By contrast, Tunku’s brand of politics is like those practiced by Lim Kit Siang, Karpal Singh and Lim Guan Eng, where politicians in the finest tradition of Westminster parliamentary democracy debate in gentlemanly fashion issues pertaining to national policies rather than personalities, and certainly not bite policeman nor wear a flak jacket while rushing off to hide at the Turkish Embassy wakakaka.

Nor is Tunku the type to descend down to the grubby grim gutter to utter childish words like Mahakutty, Raja Buntot, Najlis, "I'll tell about what happened in Port Dickson", etc. Tunku was always a man who would ‘jaga standard’.

Unfortunately, thanks to UMNO (and its splintered clone) in the last 15 years, politics have become a conflict of personalities rather than policies. UMNO and their PKR clones keep amazing us with new depths of dirty poisonous politics, such as 50 dalil kenapa Anwar tidak boleh menjadi PM, Sodomy I and II, video of Rendezvous at Haadyai, mocked funeral for Altantuuyaa by PKR members wearing sack cloths in pretend mourning for a dead woman they in reality didn’t give a sh*t for, rejoicing in meaningless childish antics like ousting Rosmah Mansoh prematurely from completing her term in the honorary position as chancellor of a Selangor State university, etc etc etc.

I suspect there are some who have a Kafkaesque (wakakaka) infatuation with uprisings, student protests leading to change in government and revolts, preferably of the unarmed variety though not necessarily restricting or rejecting the ‘otherwise’.

Inspired no doubt by incidents such as Tiananmen Square protest, Lama Uprising in Tibet, Self Immolating Buddhist Monks in Vietnam, Students Protest in Indonesia, Myanmar Buddhist Monks protests, Rwanda’s Tutsis' fight-back, Thailand’s Red Shirts rally, etc, they probably would be fantasizing a more successful outcome for their own uprising.

The most recent such movement to capture their imagination has been what has come to be called the ‘Arab Spring’ movement.

Could it be to those infatuated, the process of the ballot box is deemed far too slow for their hungry ambitions, requiring unbearable years of modest incremental gains, or not flamboyantly explosive enough. Mesti ada style ler, and probably wistfully wishing that after their wannabe uprising has successfully overthrown the authority, they would be borne on the shoulders of supporters, preferably shielded by a yellow umbrella, into Putrajaya to claim the political throne, which of course they would ‘humbly’ accept wakakaka.

Yes indeed, there are some who, while screaming for democracy, whispers for revolt. Incongruous? Nay, only hypocritical convenience or convenient hypocrisy! The ultimate aim is to seize power, whatever it takes, whatever needs to be said, whatever flag has to be flown, or whatever frogs have to be enticed.

These people dream of being a successful Che Guevera. And Wikipedia has this to say of the iconic personality:

Guevara remains both a revered and reviled historical figure, polarized in the collective imagination in a multitude of biographies, memoirs, essays, documentaries, songs, and films. As a result of his perceived martyrdom, poetic invocations for class struggle, and desire to create the consciousness of a "new man" driven by moral rather than material incentives; he has evolved into a quintessential icon of various leftist-inspired movements. Time magazine named him one of the 100 most influential people of the 20th century, while an Alberto Korda photograph of him entitled Guerrillero Heroico, was cited by the Maryland Institute College of Art as "the most famous photograph in the world". 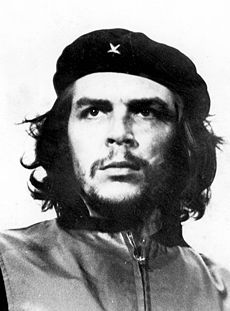 So iconic, so many accolades, so many superlatives – if he was Malaysian he would have been garlanded with the world’s biggest lei and borne aloft on the shoulders of our world-famous bodek-ites (& don't forget the yellow brolly too).

What we have in our modern wannabe Che Guevera are those who love to say ‘CHARGE’ but would be nowhere in front. I would call them not Che Guevera but rather Cheat Lu-Wira.

Thus we need more civil-minded gentleman politicians like Tunku Abdul Aziz. I hope he ignores those mindless moronic Myrmidon-ish and totally idiotic guttersnipe accusations in various interactive media portals at his resignation from DAP, and accepts DAP’s appeal for him to remain in the party.
Posted by KTemoc at 7:50 pm