PI Bala in Bangkok or Kolkata?

What we get in Malaysiakini today are the predictable comments on the Altantuyaa murder trial, especially against Razak Baginda after his admonition to parties not to slander the DPM and wife – see Abdul Razak: Najib not involved

Then in a related case, Home Minister Syed Hamid (currently without doubt the most hated and abused minister in the Malaysian blogosphere) replied (in written form) to PKR’s Tian Chua on the whereabouts of Private Investigator (PI) Balasubramaniam.

Recalling Subra’s involvement in the Altantuyaa case, he was a PI for Razak Baginda.

His fame or notoriety (depending on which side you’re on) was his first Statutory Declaration about a ‘Najib told Razak Baginda, and Razak told me’ allegation of a very serious but hearsay nature against DPM Najib, with the inclusion of a salacious titbit thrown in, namely a graphic description of Najib’s preferred sexual position – coincidentally the same as the allegation and charge against Anwar Ibrahim (though Najib’s was with a woman).

Significantly, it was Najib’s nemesis, Anwar Ibrahim, who starred at the press conference to reveal Bala’s Stat Dec.

Then even more significantly, when Bala was asked by the police to report to a police station regarding the Stat Dec, he was NOT accompanied by a lawyer, any lawyer – he went alone!

Some said this was a serious but very significant omission of care and protection (of Bala) by the PKR who organized the press conference to reveal the first SD.

I didn’t (and still don’t) consider it as an unfortunate omission; I thought it was most significantly suspicious, given that Malaysians especially opposition parties have been intimately familiar with what could happen in a police station.

So how could he have been allowed to go alone? It’s not as if no one was aware of him going.

I consider this fact highly significant!

Then after his visit to the police station he made another Stat Dec reversing all he said in the first Stat Dec. Then he disappeared.

Given these high dramas, who had looked bad? Who would look bad? So I could only but ask ‘cui bono’?

I even heard on the grapevine he was paid half a million (what? ringgit or dollars?) and is now residing in splendid retirement in Kolkata! 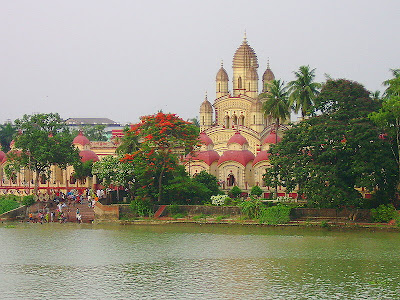 Today Home Minister Syed Hamid add on to the case by responding to Tian Chua on the whereabouts of Balasubramanian - see Minister: Cops met PI Bala in Bangkok where Syed Hamid indicated the last meeting with Bala was in Bangkok in July. Syed Hamid added that Bala may be charged for making a false Stat Dec.

However, some Malaysiakini readers who have written in the high opinionated 'Razak, don't tell us who's not involved' has already decided who the murderer is - and the person remains guilty until proven innocent.

And who does kaytee believe is the murderer? I can make a wild guess at best, but as I don’t have the facts and evidence which many Malaysiakini letter writers have been blessed with, I shall just listen ... for, would you believe, facts and evidence to be revealed.

But no more "I have been reliably informed" Stat Decs please ... or fabricated photos of French dinners.