Yesterday Malaysiakini published Fatwa Council under fire for banning yoga in which it informed us that Abdul Shukor Husin, head of the National Fatwa Council, said yoga is haram or forbidden for Muslims because the practice would weaken religious faith.

Yes, the usual protests were lodged.

Meanwhile, in Perak, Religious Department director Datuk Jamry Sury (yes, that civil servant sacked by Perak MB Nizar for being insubordinate to the Perak-ians' representative who is also his political master but alas, rescued by HRH … ‘nuff said of that) pounced on the Council’s fatwa to declare that Muslims in Perak will be barred from practising yoga.

As I understand it, fatwa is a religious opinion on Islamic law issued by an Islamic scholar. Now this is the interesting part. Apparently in Sunni Islam, a fatwa or for that matter, any fatwa’s, is non-binding.

It’s only in Shia Islam that it could be binding and then, that would also depend on the status of the Islamic scholar.

In fact, Islam jurisprudence is so far sighted that it has instituted a fine system of check and balance on fatwa (alas, sometimes not followed by a few over-zealous followers), where there is a binding rule (yes, this time it's binding) that prevents fatwa pronouncements from creating judicial havoc, especially when we have seen in the Silver Kingdom, the frightening spectre of a foaming-at-the-mouth mullah.

Muslim scholars and experts have unanimously agreed, regardless of whether a fatwa was issued within a Muslim country or internationally (presumably by Sunni Islamic scholars – and can this be practically achieved?), a fatwa is only binding on its author. ;-)

Yes, the fatwa is obligatory only on the author of the fatwa – so, nak cakap, perlu bikin juga!

None other than Sheikh Abdul Mohsen Al-Obeikan, vice-minister of Justice of Saudi Arabia, reminded Muslims of this Islamic insightfulness while discussing misyar marriages with Asharg Al-Awsat.

When asked by the Asharg Al-Awsat on what would be the point of Islamic authorities like the Islamic Fiqh Academy issuing fatwas when those would not be binding for the member States, the Minister said

“There is a difference between a judge and a mufti. The judge issues a verdict and binds people to it. However, the mufti explains the legal judgment but he does not bind the people to his fatwa. The decisions of the Islamic Fiqh Academy are fatwa decisions that are not binding for others. They only explain the legal judgment, as the case is in fiqh books.”

So those in Malaysia who normally have a cultural cringe towards things Arab, especially more so more when these are from Saudi Arabia, please take note of Sheikh Abdul Mohsen Al-Obeikan’s pronouncement.

But alas, despite such an determination in Islamic jurisprudence, some 'zealots' would misleadingly present a fatwa as obligatory.

… which has been why we get blokes in Malaysia announcing the ‘banning’ of the practice of yoga.

Mate, ‘banning’ indicates that Jamry has decided a fatwa is obligatory when the figh books say it is not! 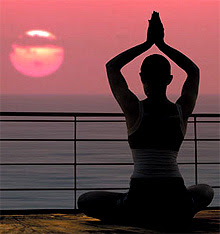 Malaysiakini also reported that, despite the National Fatwa Council being an enormously influential body, rulings (or fatwa’s) by the Fatwa Council are not legally binding on the country's Muslims, and there are no laws to punish those who ignore Council decisions.

Maybe Datuk Jamry hasn't read this? So, hopefully someone (perhaps HRH) should remind Jamry not to exceed his authority.

… which has been why Norhayati Kaprawi of Sisters of Islam told the Sunday Star newspaper that her group's staff had been holding yoga classes for the past year and that they would continue.

Norhayati said: "I don't think it had caused any Muslim to convert to Hinduism, neither has it weakened their faith. It is just an exercise like tai chi, which has its roots in Buddhism."

Well, the sweetie is just a wee incorrect on one small issue - in the history of Chinese martial arts. Tai Chi did not originate from Shaolin. The Shaolin martial arts didn’t and don’t include the internal martial arts of Taichichuan (Tai Chi), Baguachuan, and Xingyichuan, which were more associated with Taoism.

Incidentally on the powerful Xingyichuan, historically it had three developmental branches, in Shansi, Hebei and Henan.

According to Wikipedia, the Henan branch is known as the Muslim branch because it was handed down within the Muslim community in Luoyang. The founder of this amazing branch of renown martial arts was Ma Xueli from the famous Ma family of the Chinese Muslim community.

Obviously there was no fatwa then, or if there were, the Ma family, confident and strong in their Islamic faith, not only knew any fatwa would be non-binding but unnecessary for them.

But back to the fatwa on yoga and the zealots – how can a non-binding pronouncement be enforced as a ban?

… unless … no ... could it be that the Islam of Malaysia has adopted the Shia practice?

Maybe we should ask this of the Kulim Wonder. Since Anwar Ibrahim has refused to discipline him, we may assume that bloke has enormous insight on things Islam so much so that he cannot be touched.