Well, it seems we are placed on the global list of butchers.

According to the Star, Amnesty International (AI) has alleged Malaysia carried out secret executions. AI alluded to our police state where people disliked by authorities had been quietly knocked off.

The amnesty report “expressed deep concern” that many more people were killed secretly in countries such as Mongolia, Vietnam and Malaysia.

The report claimed that China executed more people than any other country in the world last year by putting at least 470 people to death.

The report also claimed that Iran remained to be the country with the second highest number of executions with 377, and that the number had nearly doubled from the year before.

The United States was fifth in the rankings with 42 executions.

It urged countries to take heed of a United Nations resolution in December 2007 calling for the open and transparent use of the death penalty as a step toward abolishing it altogether.

Naturally our deputy IGP has repudiated the AI’s allegation.

Firstly, though I agree with the deputy IGP that technically there had been no secret executions, there were nonethless killings in police custody. What had occurred with some very very unfortunate people, particularly Indians, had been the suspected (unintended but nonetheless terrible) manslaughter or even murder of several whilst they were brutalised in police custody. And these horrendous alleged police killings is publicly known to be a frightening 80 in a period of just over four years.

The RMP interrogators have a notoriety of beating up suspects severely and brutally, leading to a couple of deaths. That’s police draconian f*ups which would then be allegedly covered up by the police and their professional associates.

However these deaths in police custody are openly known and have been alleged by many as acts of police murders, which are yet to be satisfactorily resolved. We most certainly need the IPCMC, but please, not a watered down version. Malaysiakini has reported on this issue several times over.

I had blogged on this in April 2006 in a post titled Most Dangerous Place in Malaysia! I had then written (extracts):

Tan Sri Siti Norma Yaakob, the Chief Judge of Malaya, has expressed her deep concerns that 80 deaths in police custody occurred between January 2000 and December 2004 – that’s an average of 20 people dying per annum while in police custody, or almost a frightening 2 per month for 4 continuous years - but only 6 inquests, less than 10% of the deaths, were even held.

The Chief Judge has been troubled that in some instances, deaths occurred hours after detention. As an example, mechanic Alias Othman was detained at 10 pm on March 22 for alleging causing a disturbance at a mosque in Bachok, Kelantan, but just a mere 5 hours later, he was very dead. Siti Norma wants answers why so many people have died under such circumstances.

She demanded to know why police had seen it fit to decide that inquests were unnecessary in 22 cases of such deaths. She reckoned the abysmal failures to conduct inquests have resulted in public perception that there was foul play or the police had something to hide, which naturally added to the negative perceptions about the police force. In fact, the Criminal Procedure Code specifically makes it mandatory to have inquests into deaths under police custody.

Yet the IGP has not addressed this unacceptable omission, a violation of the Criminal Procedure Code.

However, these are not secret executions per se, in the very meaning of the word ‘covert killings’. Mind you, any form of illegal killing shouldn’t be tolerated nor excused, and the guilty must be made to account for their illegal actions.

Secondly, I am very surprised and disappointed that AI has placed the USA as only fifth on the list of countries executing people, though of course AI was referring to the justice system.

I ask of AI to include America’s war crimes in various parts of the world and to cover as well the covert executions under the American’s program of ‘extraordinary rendition’, the USA’s idea of globalising torture which often led to deaths.

Under the evil ‘extraordinary rendition’ program, to avoid violating US laws, the USA Administration has farmed its torture of Islamic suspects offshore to several of its client states like Jordan, Egyptian, many former East European countries now keen for a slice of American aid, and as was once alleged, Thailand as well.

Many of the suspects were not even terrorists but often innocent civilians offered up by client states, who were suspected of being 'cosy' with al Qaeda or the Taliban, when they were pressured by the US to show results in their claimed anti-terrorist campaigns.

See my previous posts:
(1) American Gestapo (2)!
(2) The Tragedy of an Afghan Taxi Driver
(3) US Black Site in Udon Thani, Thailand
(4) The American Black Room
(5) Terrorism - Take a 2nd Look at the Culprits!

AI should also look at Israel where it has a publicly known and officially acknowledged policy of assassination (executing) people it doesn’t like, particularly Palestinians and other Arabs and not excluding its own Israeli citizens or for that matter, anyone.

I would place the world’s Nation’s killers as:

No 1 - USA – consider its murders of countless thousands of innocent civilians in Vietnam, Afghanistan, Iraq and almost every nook in the world.

No 2 - Britain - for its role in Iraq and various other former colonies for at least the last 200 years, including its ‘My Lai’ at Batang Kali, Malaysia – see Piers Brandon review of Forgotten Wars by Christopher Bayly & Tim Harper, where he wrote:

Communist guerrillas attempted to destroy colonial rule in Malaya. When they murdered three white planters in 1948, the Governor declared a state of emergency. The aim was, in General Templer's phrase, to win hearts and minds. 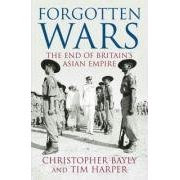 In practice, British repression was similar to Japanese, including detentions and deportations, the resettlement of hundreds of thousands in fortified villages and savage counter-terror.

In 1948 Scots Guards murdered 26 Chinese at Batang Kali, and later Marine Commandos sent home trophy photographs of severed heads. The insurgency was crushed and Malaya gained independence in 1957. But there was never an investigation into the Batang Kali massacre.

This is symptomatic, Bayly and Harper rightly say, of British resistance to having a full post-mortem on the Empire.

Regrettably the authors didn't include the fact that the current Malaysian government didn't want the case reopened. Just last week, the Scotsman published:

In 1970, the British government ordered fresh investigations into the killings. The inquiries were led by Chief Superintendent Frank Williams, who had investigated into the Great Train Robbery. Williams had sworn testimonies from some of the Scots Guardsmen who said that "one of the sergeants gave the order to shoot, I fired my rifle at the people at the river bank… the villagers were unarmed; they were not running away."

Williams was leaving for Malaysia to continue his investigations when the Conservatives defeated the then Labour government and all further investigations were cancelled.

In 2004, Malaysian Prime Minister Datuk Seri Abdullah Ahmad Badawi, who was also Internal Security Minister during a 1997 investigation, said the case was closed as there was no evidence to charge anyone.

(3) China, Russia and North Korea (mostly for killing their own people)

(4) Israel (for killing Palestiniasn and others), Iran and some Arab countries (for killing their own citizens)