Cast not thy untouchable shadow on doctors

An "untouchable" woman who gave birth outside an Indian hospital because doctors would not treat her has died, a day after her baby, officials say. 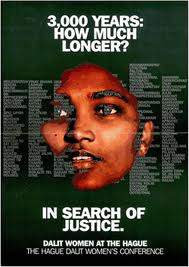 The newborn boy of Maya Devi, 28, died on Wednesday due to lack of medical help minutes after being born outside the maternity wing of Kanpur Medical College in northern Uttar Pradesh state.

Devi was only put in intensive care after giving birth but she died of a heart attack early on Thursday morning.

Several doctors, including the hospital's chief medical superintendent, had refused to touch her or provide medical care as she delivered her baby, the Press Trust of India reported.

Devi was a Dalit or "untouchable", a group at the bottom of the caste social ladder who have long been ostracised and forced into menial professions despite laws banning discrimination. 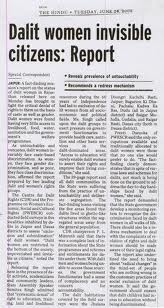 Many high-class Hindus fear coming into contact with them.

[kaytee's comment: what f* 'high class'? These are people with 'low class' mentality - what about their Hippocratic hypocritic oath?]

Dr Kiran Pandey, head of gynaecology at the hospital, said she was an hour's drive away in the state capital Lucknow at the time and rushed back.

"We provided her the best medicines and treatment but she succumbed to two cardiac arrests," Dr Pandey said.


College principal Anand Swaroop has ordered an inquiry, as has a district magistrate.

The state's chief minister, Mayawati, who won elections last year, has ordered the doctors to be suspended and demanded an investigation.

From the Sydney Morning Herald
Posted by KTemoc at 8:55 am