I posted RM3.7 Billion for MARA, RM5.5 million for UTAR which has been a Sin Chew's article 'Scapegoat' written by journalist Tay Tian Yan in relation to the refusal of Finance Minister Lim Guan Eng to allocate a matching grant to UTAR and TAR College as was done for the last (almost) 50 years. 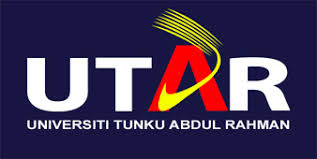 Finance Minister Lim GE has demanded as a prior condition for any such government matching grant that MCA removes itself from any links with said higher institutions of education. 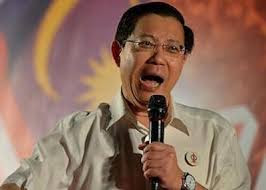 Universiti Tunku Abdul Rahman, (abbreviated UTAR; 拉曼大学; 拉曼大學; Lāmàn Dàxué), is a non-profit private university in Malaysia. It is one of the most prestigious universities in Malaysia, ranked top 100 in the Times Higher Education Asia University Rankings 2018.
The Malaysian Chinese Association (MCA) received an invitation from the Malaysian Ministry of Education to establish a university in July 2001. The then President of the association, Tun Dr. Ling Liong Sik chaired a committee that drew up a framework for the establishment of the university after receiving the invitation.

Datuk Dr. Ng Lay Swee, then the Principal of Tunku Abdul Rahman University College, a tertiary education institution that was also established by the MCA, was appointed to lead another committee, including Dr. Lai Fatt Sian, who was then the Head of the School of Business Studies in Tunku Abdul Rahman College, to assume the headship in the Faculty of Accountancy and Management ........

Though it was the MCA who founded UTAR and TAR College, the facilities were/are opened to Malaysian citizens who have little chances of entering government-run universities eg UiTM, and higher colleges, eg. MARA. 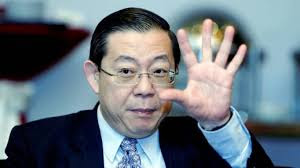 The title of the Sin Chew's article implies that future students at UTAR-TARC, mainly Chinese Malaysians. will become scapegoats facing higher fees because of Finance Minister Lim Guan Eng's refusal to allocate 'matching funds' to the MCA-initiated college and university but which, to re-emphasised, are non-political, non-profit making and open to all Malaysians, people like DAP's Teresa Kok and Chong Eng plus many more including the Chinese political supporters of the DAP.

To re-emphasise the aims of UTAR and TAR college, Tay Tian Yan has written (extracts follows):

If not because of MARA's 100% Malay intake and strict racial quotas of public university admission, there wasn't even a need for TAR College.

TARC was some sort of political compromise that provided an opportunity for otherwise desperate Chinese students, to be implemented through MCA, a component of the then government.


TARC and now UTAR should therefore be national asset with MCA as its caretaker.
It is a fact that political background has never been a criterion in UTAR's student intake, and MCA's political ideology has never made its way into the curriculum.

To be precise, MCA itself does not own UTAR, whose statutory owner is UTAR Education Foundation which has ten trustees, five appointed by MCA and five being government representatives.

The foundation has a clear mission, to run UTAR professionally as a provider of high quality education, not a profit-driven organization.

Unfortunately, with significantly squeezed allocation and an order not to raise tuition fees, UTAR, along with our young students, will eventually fall victim to vicious politicking.


That has been what Tay meant by 'scapegoats'. 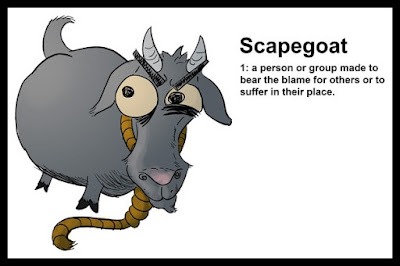 Yes, the Finance Minsiter said there will be no such funding unless MCA divests all ties with the college and university.

Today, a visitor to my post, with the nick of 'Wood' left a most telling comment, one which I deem as the Best Political Statement thus far. He said:

Lim Guan Eng is fortunate that his father can afford to send him to Australia to study. He forgot that majority of the Chinese is not so lucky like him.

Many Chinese like me cannot afford to go oversea or study in private local universities and Utar or Tar UC is the best alternative.

Looks like power and revenge has got into his head.