TMI - Rule of law must reign regardless of race or religion by G. Selva who reads The Malaysian Insight: 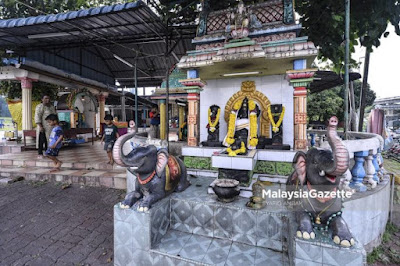 The promise that rule of law will be supreme is falling short as the Seafield Sri Maha Mariamman temple incident unfolds.

The incident almost escalated into a full-blown public order situation. All the ingredients to ignite a powder keg were in place. It could have been disastrous for the New Malaysia.

Politicians became part of the problem when they started taking sides as in the case now.

Although there is a court decision and some amicable agreements reached earlier on the temple relocation issue, tensions remain high because such compromises will never please everyone, especially those who harbour ill intentions.

Then there are those in the shadows who want to see our New Malaysia erupt into flames and disintegrate into political chaos, as they have an interest against the war on corruption and abuse of power.

Police play an integral part in enforcing the law and are expected to be on top of a public order situation way before it gets out of hand.

In Seafield, they jumped the gun with inaccurate facts to the cause of the incident. They should have waited to verify the facts before saying anything. This led to an unnecessary backlash against the police and the task became more complicated for the authorities.

Matters escalated further when police were judged to be slow and inadequate. Such delayed actions inadvertently contribute to other subsequent legal shortfalls that in due course become almost impossible to solve in the long term.

This normally favours those who benefit from delaying the court ruling. Enforcement on the ground at times can be naive to the sequence of events that are meticulously orchestrated by covert instigation. Such investigations require a deep probe to identify the sinister perpetrators behind the scenes. 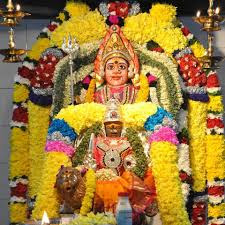 Obviously, the authorities have to bear a significant part of the blame in the Seafield issue. The police should have anticipated that the problem was reaching a boiling point and they should have been better prepared.

The initial misleading statement by the Subang Jaya police was premature and reflected the inexperience of the spokesman. Nevertheless, the ministers who came together later to refute that statement publicly, did not help in reducing tension.

Probably a knock on the home minister’s door to call in the police would have been an unified approach on actions to be taken upon those who were not up to the mark in carrying out their duties fairly or identifying and removing those who are incompetent.

A united effort would have delivered a stronger message to those hoping to capitalise on the chaos in trying to disrupt the rule of law. It can be put down to ministerial inexperience. Because when it comes down to the grind in a serious public order situation, we have to depend on the police.

Fortunately some quick thinking samaritans got onto social media and explained immediately the actual situation. It went viral and a more serious situation was averted.

However, those involved in the assault, riots, desecration of the holy site and any other offences must swiftly be brought before the courts. 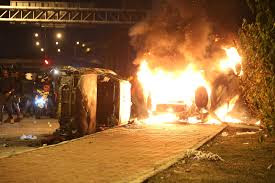 The offenders are on both sides of the spectrum in the dispute. The police are on the ball now and must complete investigations swiftly.

The people criminally responsible for initiating the attack must be identified and prosecuted regardless of whoever they may be.

We must ensure that the rule of law reigns supreme in all the limbs of the criminal justice system., regardless of race, creed, colour or religion.