In the US, they say politicking is endless. As soon as a new president is installed, the campaign for the next one begins in earnest.

I think Malaysia is not far from this scenario today. Our politicking is endless too, judging from the issues being tossed about, from ratifying the ICERD, Malay rights and Islam, the use of the airport VIP lounge and politicians visiting schools, to the annual budget. The focus is never on constructive aspects, but almost always on negative and political aspects.

We prefer to manipulate and lie rather than look at issues rationally and holistically. We prefer to gain political brownie points rather than try to move this nation ahead. Seriously, I think we have spent more time accusing and arguing than thinking and doing.

Do we know why ratifying ICERD is an issue? Because we prefer unfettered entitlements to the equalisation of the inequalities that exist in our society. Our constitution cannot be inherently discriminatory. Our constitution can and will continue to provide protection for the poor and marginalised groups. Any other argument would be spurious.

Do we know why politicians visiting schools is an issue? Because many are habitually parochial, chauvinistic and even racist. They prefer to incite and cause dissension than to inculcate universal values and build a nation free from ideology, religion and race.

I would prefer that politicians with no track record in integrity, hard work, and service to the people not be allowed to visit and preach in schools. We have had too much half-baked preaching in this country; that is why so many people have become archaic or gone astray.

Do we know why the use of the VIP lounge is now an issue? So many factors come to mind. It could be due to politicking in the sense that perhaps certain VIPs are no longer that VIP. 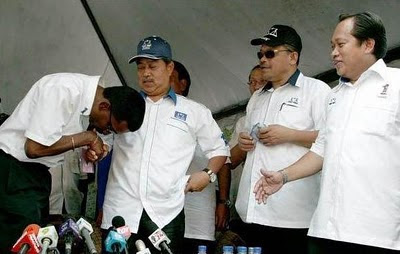 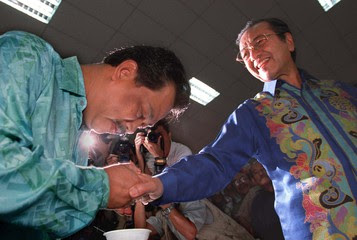 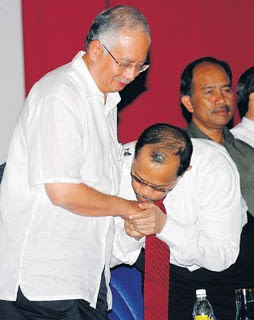 It could also be due to our lack of professionalism in the past. In the past, perhaps, VIPs were not subjected to inspection because we believed they could do no wrong. I suggest it is now time to do things professionally and properly.

We should cut out the feudalistic and subservient mentality once and for all. Whether VIP or not, everyone must be subject to rules and regulations without exception when it comes to customs and immigration inspection, safety and security. It is a fallacy to assume that VIPs will not commit crimes.

Firstly, it's NOT possible to cut out the feudalistic and subservient mindset in Malaysia. Our history does NOT allow nor enable that.

Secondly, several reasons contribute to the endless battling in the political arena, namely (for example):

(1) In Malaysia it's what the military-police called 'hearts & minds' programme. In simple politico-speak, it's battling for the support of votes, especially from gullible guppies - the 'rage' must be fostered to continue, to incite, instigate, incense the 'believers, more so when lineage, prestige and politico-inheritance are involved,

(2) There's 'revenge politics' as well - I leave this issue to your know-how, experience and knowledge of recent history where Omertà (despicable as this has been and still is) has been unusually shattered for the first time in post-Independence Malay political history,

(3) The current instability of the Pakatan Harapan coalition, especially of the Malay-dependant parties like Pribumi and PKR, coupled by a confused defeated UMNO and a dejected but still-ambitious PAS have and will ensure the battle for the Malay support continues unabated.

There's more but I leave you to them.