First Lady - Najib has been right! 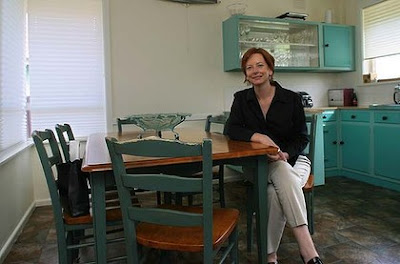 Julia Gillard
[there's a story behind this photo - will blog in another post]
By the way, PM Najib just tweeted he congratulated Julia Gillard on her ascendancy as PM of Australia, the first woman to become PM of that nation.

Julia also jokingly said that she is probably the first redhead to be so. And she indeed is a gorgeous redhead.

To be frank, kaytee always has the hots for her wakakaka but alas, she already has a live-in partner. Can someone please tell that Perak Mufti what’s-his-name that the PM of Australia is living with a man she’s not married to wakakaka – who knows, maybe he’ll have cardiac arrest?

Incidentally he is now known as Australia’s ‘First Bloke’ (sometimes ‘First Man’), implying he is the PM’s de facto (not husband - but in Australia both are legally the same).

This brings me to what Najib Razak had said regarding the jeers against Rosmah Mansur and the ad in the USA stating that she’s Malaysia’s 'First Lady'. Of course RPK had been in the forefront of those who criticized her severely for daring to usurp a title that they believe rightfully belongs to the Raja Permaisuri Agong (Queen).

OK, this is kaytee’s view. The title of ‘The First Lady’ is unique only to the USA. For example, they have 'The First Lady' of country music (at one time Patsy Cline, etc etc, then Dolly Parton).

And typical of the American media, they have likewise addressed the wives of foreign presidents as so, for example Carla Bruni as 'The First Lady' of France. 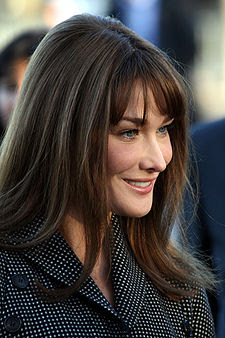 The queen of a nation, for example like Britain's, Holland's, Belgium's and Denmark's, is never referred to as 'The First Lady’, but as 'The Queen’.

In Australia Queen Elizabeth II is the Head of State whilst her representative in Australia is the Governor-General, Quentin Bryce, also a sweetie. 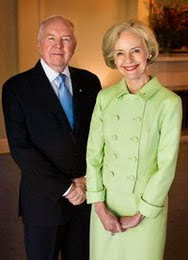 If we were to follow RPK’s argument then either Prince Philip or Michael Bryce, the hubby of Quentin Bryce, should be called 'The First Man' (or 'Gentleman', the male equivalent of 'Lady').

But then, I have never heard of Elizabeth II (or Quentin Bryce) being referred to as ‘The First Lady’. She is simply the Queen (or respectively the Governor-General).

Thus, Najib has been right in stating that there’s nothing wrong in referring to Rosmah Mansur as 'The First Lady', because the Raja Permaisuri Agong is always the Queen, and never 'The First Lady'.

Much as RPK likes to char koay teow where Najib is concerned, I believe it’s also appropriate to refer to Rosmah as 'The First Lady' within an American environment (during her visit there) because most Yanks wouldn’t have a clue what a Prime Minister is, let alone the wife of a Prime Minister.

Of course Rosmah shouldn’t use this American style title when she's not in America.