Needless to say, G.A.N would be ecstatic!

And the chief accuser of the alleged 'shady' deal has been Capt (rtd) Zahar Hashim, chairperson of Mentari Services Sdn Bhd, the company which didn’t succeed in its bid to supply TUDM with the replacement aircraft for the Nuris.

Needless to say, as the loser in the bid, he has cause plus the legitimate reason to challenge the Defence Ministry’s decision to opt for the Eurocopter’s Cougar. In the USA and Europe, aircraft companies which lost aircraft bids would raise Cain because the loss would be quantified in terms of billions of dollars.

When South Korea selected the American F-15E, Dassault, the French company which had offered the ultra modern Rafale was livid with anger, and threatened to take the S Korean government to court for biased (politically influenced) preference.

Again, when the Singapore Air Force picked the same F-15E type (with rumours that the SAF actually preferred the new generation Rafale) the French hinted at possible court actions but the fuss fizzled out eventually.

I wonder whether it was because Dassault realized no one could successfully challenge the Singapore government in court, or the numbers of aircraft involved was too small to bother, or the French has other items to offer to the Singaporeans and wouldn't want to upset a potential customer?

When the USAF selected Airbus A-330 as its new air-to-air tanker, loser Boeing, which offered the B767 (which lost out because it has less fuel carrying capacity as well as less cargo payload) protested like blaze. 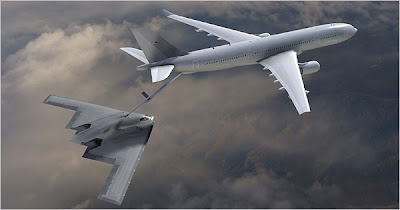 It would have been a humongously profitable deal, amounting to some US$40 billion over two decades. Airbus in partnership with local US company, Northrop-Grumman, would supply the USAF with, as well as support the maintenance of 179 Airbus-330 tankers to replace the aging Boeing-built KC-135 aeroplanes.

The tanker is now re-tendered because the US General Accounting Office found some procedural errors in the process. But experts commented that the tender will be won again by Airbus as the USAF requirements would be best met by the more capable European tanker.

One of the considerations we need to bear in mind is that in such purchase, price is only one of several factors to be considered by the Defence Minsitry. A cheaper bid is not necessarily the best.

Some of the considerations should be the aircraft’s (i) ability to meet the TUDM’s operational requirement, (ii) technical reliability and maintenance costs, (iii) manufacturer’s reputation and reliability, (iv) political and strategic considerations, (v) number of countries buying the type (to ensure the availability of long term spare part supplies), (vi) of course price, (vii) TUDM’s familiarity with and acceptance of the manufacturing nation’s or company's aircraft development philosophy, etc etc etc. 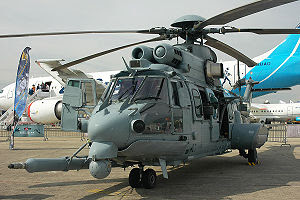 Now, how many countries were we informed that operate the Kelowna Kazan-M172?

The French aircraft industry has for many decades been foremost in helicopter technology, innovation and development. The TUDM can easily confirm this after having squeezed sterling services out of the vintage Sud-Aviation Alouette III helicopter since Day 1.

I believe the TUDM had once operated the Aérospatiale Puma which, though assembled by Indonesia for us, was of French design. The Puma and its more powerful civilian variant the Super Puma are renown for their effectiveness and reliability throughout the helicopter world. The Cougar is a modernised development of the Super Puma.

We need to ask, would one prefer to be flown by the Russian Kazan 172 or the Eurocopter Cougar?

While kaytee has his opinions, why don’t you guys ask the TUDM officers, not the chairperson of the company which has been unsuccessful in its bid, which is the better aircraft, and which do the TUDM pilots want?

I believe that Malaysiakini has been too quick to describe the purchase of the Eurocopter Cougar with words and phrases like ‘shady’ and ‘another scandal appears to be hovering over the Defence Ministry’, based on just the complaints of the chairperson of the losing company.

No doubt Mentari Services Sdn Bhd has a legitimate business reason to voice its grouses, but nonetheless they have been the complaints of an unsuccessful bidder to supply the TUDM with the Kazan 172, a Russian designed helicopter.

I believe Malaysiakini ought to have cross checked with (no, not the Malaysian Defence Ministry) but the winning company, Eurocopter, before it had published the news article Letter questions 'shady' chopper deal with pre-emptive accusatory words and phrases.

Insofar as the 'pre-emptive accusatory words and phrases' against Najib Razak need to be published, I am confident PKR could and would do that ;-)