Perikatan my idea? I would have remained PM if true, Dr M tells alleger Azmin

Perikatan my idea? I would have remained PM if true, Dr M tells alleger Azmin 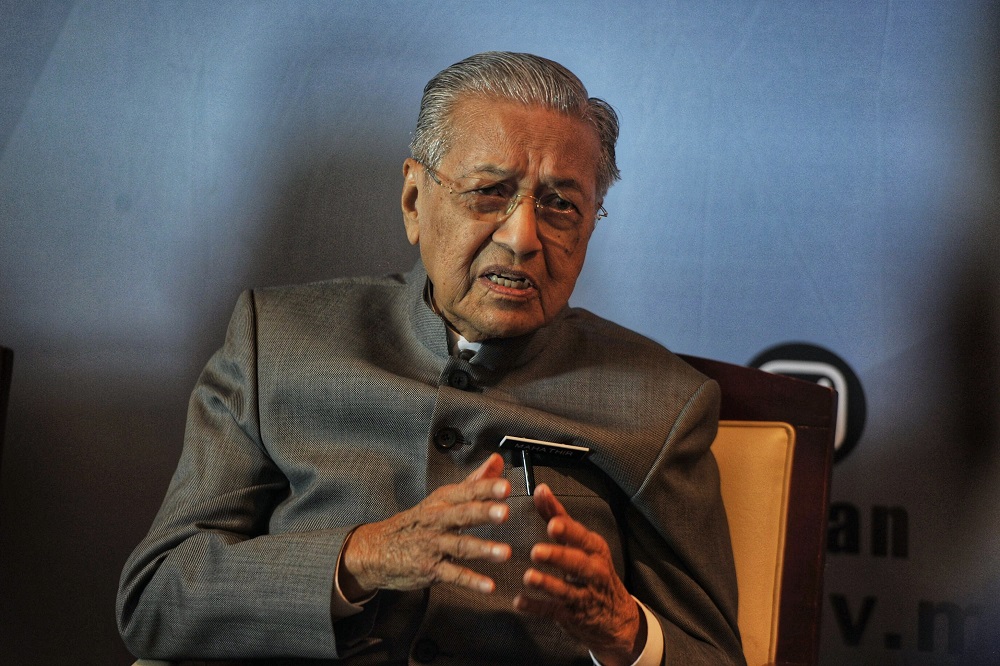 The former prime minister said he would not have lost his position as head of the government if Azmin’s allegation were true.

“If I had planned it, then why did I reject it when it came to be, and had I accepted it, I would have certainly stayed on as prime minister as acknowledged by Azmin,” Dr Mahathir said in a statement in response to Azmin, now a senior minister in the Cabinet of Tan Sri Muhyiddin Yassin.

Instead, Dr Mahathir claimed that Azmin and Muhyiddin, who is now prime minister, stood to benefit the most when they both left Pakatan Harapan (PH) and formed PN.

“Do not forget that when all this was happening, Azmin’s position within PKR and PH was under threat as Anwar and his supporters were planning to bring him down since the internal elections.

“Anwar openly supported Rafizi in going up against Azmin for the post of deputy president, and when that failed a video subsequently emerged connecting Azmin with sexually immoral acts,” he said, referring to PKR president Datuk Seri Anwar Ibrahim and the party’s former vice-president Rafizi Ramli.

Dr Mahathir claimed Azmin was at risk of losing his place in the leadership hierarchy, more so after the video went viral and his relationship with Anwar deteriorated to the point it was “untenable”.

He claimed that it was Azmin who hatched the “Sheraton Move” — the series of events that saw the withdrawal of several PKR and Bersatu MPs from PH to team up with their political rivals from Umno leading to the collapse of PH as government.

However, Dr Mahathir said he understands why Azmin would do so.

The 95-year old said Azmin’s main aim was to prevent Anwar from becoming prime minister, adding that this would have happened if PH were still in power today.

“At the same time, Azmin himself holds ambitions of becoming prime minister. Because of this, he joined up with Muhyiddin and it is clear to see today that Azmin has been placed as the de facto deputy prime minister.

“I am also convinced that Azmin had been planning the formation of the PN government for some time, as it is not easy for him to convince nine MPs to participate in the Sheraton Move,” Dr Mahathir said.

He claimed Azmin was aware that the PH government would not have collapsed if Bersatu withdrew from PH.

The Langkawi MP insisted that PH collapsed only because Azmin and Muhyiddin teamed up in the crucial 24 hours after the Sheraton Move.

“These are the events and matters which are related to the formation of the PN government and the related Sheraton Move.

“My stance has always been to reject any cooperation with kleptocrats and directly rejecting Umno en bloc, while remaining with PH at this time,” Dr Mahathir said.

Azmin, who is now international trade and industry minister, told The Star in an interview published yesterday that PN was Dr Mahathir’s brainchild, conceived on February 23 when 133 statutory declarations signed by MPs and other politicians were presented to the palace.

The Gombak MP alleged that it was all to ensure that only Dr Mahathir would be prime minister.
Posted by KTemoc at 9:01 pm