Today I want to comment on just an extract of Malaysia-Today's article titled A debate steeped in ignorance (part 1).

The relevant extract is:

Now, back to the cost versus income or profit-and-loss issue.

Malaysia (just like all or most countries) spends more on defence than on any other item. And this is a total waste of money. At least if we spend that money on welfare, healthcare, education, etc., it will benefit the rakyat. What benefit do we get from that large amount of money spent on defence?

Do you know that most of the equipment we buy never gets used? Did we ever go to war with any country -- say like Singapore, Thailand, China, Indonesia, Brunei, Vietnam, Philippines, etc? In the end, because we do not go to war, most of the equipment ‘expires’ and gets scrapped. So why buy them if we do not need them and they eventually get scrapped?

Malaysia, plus almost every country all over the world, ‘wastes’ so much money on defence (which is never used in the end) for the security of the nation. In terms of expenses versus income it is a losing proposition.

Hence, as I said earlier, a turn-around manager would normally attack the top three cost items to cut out and defence would definitely have to be that item or one of those items to cut out. But we cannot do that because it is a ‘wasted’ cost that we need to keep in spite of the ‘wasted’ money.

Defence equipment and training for war is a bit like the nebulous benefits of a good flight safety program that some airline bosses/owners are sceptical of until an accident (or in the case of defence spending/training, threat of war) occurs. 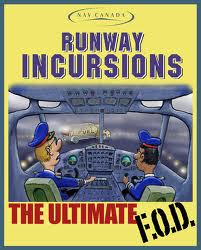 Flight safety (and defence preparation in terms of buying military equipment) is a proactive process of prevention (and deterrence), the benefits of which cannot be seen until it has been ignored and the undesired happens, when by then it'll be too late to talk about defence buildup, development or preparation.

Flight safety (prevention) involves expenditure of which the benefits would be the absence or minimisation of air accidents but alas, such benefits cannot be seen or felt - how to when there is no accident and the general airline bosses take that for granted, not realizing that a lot of money and effort have gone into preventing the occurrence of  accidents. Hence such spending will usually be the first to be slashed whenever trimming the budget is required.

Likewise, defence preparation involving expensive spending in terms of purchasing equipment, expensive maintenance and updating and expensive training of personnel to both use and maintain the military hardware, is seldom appreciated until war or an imminent national security threat occurs.

Defence spending has to be always futuristic in its planning. A country can't afford to purchase equipment (fighter/transport planes, tanks, ships, artillery) and train its personnel on their use only on the verge of war. For a start, the country won't be able to purchase the desired equipment even if it has oozes of money, nor can personnel be trained overnight to use them. 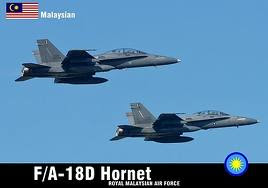 We're talking in terms of at least 10 to 15 years forward planning. For example, aircraft takes years of advance order before delivery can be secured.

Thus, defence spending is essential for a country's security. The reason why ASEAN countries like Malaysia and Indonesia hesitate to mess around with the little red-dot called Singapore is the deterrence of its military power, though of course this has never been mentioned openly.

Mind you, when Singapore bought 24 F-15SG Strike Eagle (an even more advance version of the USAF long range strike aircraft F-15E), Indonesia did 'murmur' a wee bit about what Singapore was planning (who was the aircraft intended to strike?).

I won't go into the deterrence factor but suffice to say, the best defence a country can possibly have is the deterrence it can effectively pose to would-be threats. Didn't Sun Tzu teach us that “The supreme art of war is to subdue the enemy without fighting.”

The issue with Malaysia is the perception of most Malaysians that defence spending is just another avenue for corruption (think Scorpene), hence the general opposition to and even a dangerous belief in doing away with expensive defence spending.

It doesn't help that the cabinet has not have a good record on defence spending. Malaysian defence spending seems to be more about benefiting the cronies than about defence of the nation, and there's quite a fair bit of truth in this.

Consider - Malaysia buys it equipment of many types but each in dribs and drabs. By contrast, look at Singapore - when it buys the F-15SG, it orders 24 of them. When it wanted the Apache 64-D Longbow attack version, it ordered 20 of the heli-gunship. It also has 70 F-16.

Mateys, even Australia doesn't possess such a humongous armada of deterrence as shown by the Singapore military.

Buying large number per type of military equipment and with fewer types allows for very effective power projection (the deterrence), efficient and economical logistics and engineering support (savings), among other benefits.

The Malaysian military would but buy 2 of XYZ aeroplane from Italy, 1 PQR whatever from France and 3 ABC from another manufacturer or country.

The reason for this bullshit is undoubtedly to spread the benefits of being an arms agent/dealer among the cronies.

Tell me, who is the Malaysian agent selling four of the still non-operational A400M strategic air-lifter to Malaysia? WTF did we buy an unproven aircraft when we could have topped up the C-130H fleet if we wanted improved military air transportation? Or even buy airline type aircraft such as Airbus 330 or Boeing 737, etc.
Posted by KTemoc at 4:50 pm