The political assassination of Rafizi Ramli?

Pandan - a six letter word which will mean political death for one of two excellent politicians.

We have been astounded, nope more than that, flabbergasted actually, to read that Rafizi Ramli, PKR’s rising star, has been nominated to stand in that federal constituency against local hero Ong Tee Keat, a six term MP there (including Pandan’s former constituency title as Ampang Jaya) - see PKR’s Rafizi to face Tee Keat in Pandan for GE13 at Malaysia-Today. 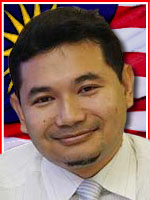 Against the tide of the 2008 tsunami, Ong emerged winner in that general election with a healthy majority, and even more amazing, despite two of the state seats within Pandan going to Pakatan. That's who Rafizi will be going against! 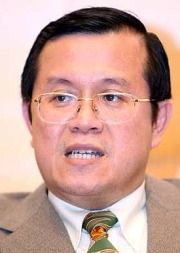 Anyway, Rafizi has been endowed with intellectual brilliance, scoring exceptional academic and professional achievements, which means he possesses solid underpinning knowledge for life’s tussles. And he demonstrated this quality in his ingenuity in digging out the NFC scandal where he exposed questionable practice and expenditure of NFC money by its top management, and in those revelations, succeeded in damning more than senior UMNO minister from palace to cowshed wakakaka. 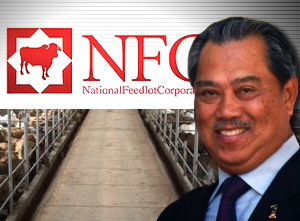 Ong Tee Keat is no less capable, being known as a gifted writer, indicating he has scholastic competencies, an accomplishment valued traditionally as a virtue by Chinese. Ong had actually won several literary awards for his articles. He wrote as a columnist for Sin Chew Jit Poh for nearly a decade. He quitted a lucrative engineering career to particie in politics.

Like Rafizi (or on political seniority, Rafizi is like him) Ong is renowned for his exposure of corruption and inappropriate conduct.

In 2002, when he was MCA Youth chief, he condemned MCA party leaders for acquiring Nanyang Press Holdings Bhd.

Then in September 2006, as deputy minister for higher education, he did it again, exposing alleged embezzlement of funds meant to repair and upgrade vernacular schools. Investigation (by JKR officers) spurred on by Ong’s revelation showed that refurbishment works carried out on SJK(C) Kung Yu in Muar, Johor, was only about RM3,000 worth when the allocation was ten times larger, at RM30,000.

In other words, 90% of funds went missing and was never explained nor accounted for, and which then-Education Minister (not Higher Education Minister) Hisham had strenuously denied was embezzled. Then-DPM Najib conveniently dismissed discussion of that inconvenient 'fact', the missing RM27,000, on the moronic argument that Ong had not passed that issue to the correct Education Minister, namely his cousin Hisham. I bet Ong didn’t do so because it would not only be the 90% funds disappearing but that ‘fact’ as well wakakaka.

When told to apologise to Hisham for incorrect communication protocol, Ong refused, which then forced his minister to apologise on his behalf (without Ong's agreement wakakaka) to save face for Hisham and Najib wakakaka.

Okay, so Ong f* up the communication protocol, but then, was he praised for his exposure of corruption? Wakakaka, Ong was instead censured by the UMNO-dominated Cabinet (where MCA ministers sat in total silence) for speaking out on what ACA should have been investigating.

He was also the Transport Minister who ordered a Price Waterhouse Cooper investigation into the scandalous PKFZ runaway costs. Once again UMNO (and this time, MCA as well) was pissed off with Ong, as I had posted in UMNO prefers Ong Tee Keat out? 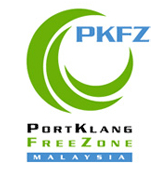 A sign of this was when Ong, then head of UMNO's supposed chief ally, was besieged by his detractors, like Kuala Dimensi Sdn Bhd's (KDSB) CEO and Bintulu parliamentarian Tiong King Sing (also BN Nasional Backbenchers Club Chairperson) who launched a suit against Ong for the latter’s outspoken and transparent handling of the PKFZ issue. UMNO unusually remained (maybe gleefully) silent.

When Ong Tee Keat counter-sued Tiong for alleging that he (Tiong) gave RM10 million to Ong for party activities, a suit in fact supported by the MCA central committee, CSL criticized Ong “for dragging the party into a legal battle over his personal problem".

In its unusual silence, UMNO showed its obvious dislike of Ong Tee Keat.

So Rafizi and Ong are both corruption-fighters. But I would place Ong on a much higher pedestal because he spoke out against his own MCA and BN ally UMNO, showing he doesn’t tolerate nonsense, even from his side. Rafizi of course did a good job on NFC but that’s against an enemy camp and required less or even little courage. I would have admired Rafizi more had he spoke out against several recent cases of PKR’s alleged dodgy-ness or even the process of its last party polls. But alas, he didn't.

Be that as it may, it would be a pity to see one of them ousted from active politics (at least for the next five years).

Ong is no doubt facing more opponents than just Rafizi in GE-13. He has mucho enemies in UMNO and MCA, especially the latter, some factions of which I suspect would be prepared to lose Pandan just to see Ong disappear. The possibilities for his candidature in Pandan are as follows:

However, given that Ong is probably the strongest BN candidate for Pandan, and Najib is desperate to not only win in GE-13 but also win big, he may swallow his dislike for Ong and endorse the man as the BN candidate and perhaps even warn the MCA off.

Ong has the advantage of incumbency, local popularity and a reputation as an anti-corruption crusader (at least among the Chinese). Last year, I posted that in a survey just prior to the last MCA presidential challenge, the Chinese community had overwhelmingly voiced their preference for Ong Tee Keat to head MCA, but alas, it was just a survey which involved only the Chinese community. The majority of the MCA central delegates chose CSL, … perhaps now realizing that decision was at their own political (though not economic) peril.

Rafizi of course enjoys growing popularity for Pakatan, especially among the younger set, and his own personal profile as the Giant Lembu Killer.

But I wonder, just only wonder you know, idly mulling so to speak, whether like poor Ong, Rafizi too has musuh dalam selimut for him to be nominated for a very dangerous encounter with equally popular Ong Tee Keat, who had as a political novice in 1989 taken the scalp of renowned Malay giant, Harun Idris (yes, that former MB of Selangor) who stood as a candidate in Ampang Jaya for Semangat 46? 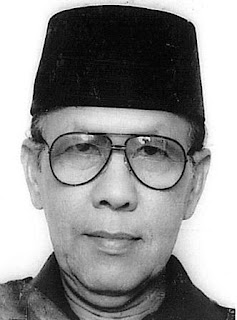 Why can’t an important asset like Rafizi Ramli be nominated for, say, Kelana Jaya, now occupied by wakakaka Loh Gwo Burne? His BN opponent will probably be MCA’s Loh Seng Kok who was not nominated for 2008 GE because he had offended UMNO ... and yes, PAS wakakaka ... see MCA MP warned by UMNO and PAS! and 50 UMNO Youths Threatened MCA MP! ...


... but which turned out to be a blessing in disguise because he avoided the humiliation of being trashed by PKR’s Anwar’s personal last minute candidate, his clan man Loh Gwo Burne wakakaka.

Now, Rafizi Ramli is not only an important asset but potentially a future PM of a Pakatan government, say in about 15 years time.

Best of all, unlike others in his party wakakaka, he is at present not encumbered with the millstone of corruption allegations. I hope he maintains his political and personal administrative hygiene. His few deficiencies, if at all we can even call them deficiencies, would be his relatively young age (like Nurul Izzah), 'in-ness' with Anwar’s inner coterie (which leads us to suspect he is also another UMNO wolf in PKR sheep’s clothing), and ...

... his lamentable and total silence on allegations of corruption, impropriety and frogological misdemeanours in his party. This deficiency is in total contrast with Ong Tee Keat’s blunt and honest straightforwardness, a virtue that my fellow Penang larng Neil Khor had described in a brilliant letter to Malaysiakini as ‘fatal purity’, implying Ong hadn’t and won’t spare even his friends and party colleagues if he believes they’re corrupt, as observed in his very public stand against MCA’s purchase of Nanyang Press Holdings, the alleged embezzlement of schools’ renovation funds by Hisham’s Education Ministry officials and the PKFZ scandal. 'Twas a 'purity' that has proven to be 'fatal' to himself as a leader in MCA. 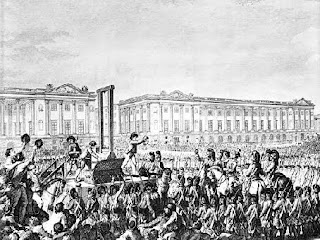 Notwithstanding Rafizi’s silence on many of his own party’s questionable conduct, he is not just a rising star but will one day be undoubtedly a supernova. He’s most of all a Melayu and a very very bright one in a land where 60% of the population are Melayu, in other words a man accepted and destined to be PM or at least the powerful Finance Minister.

Again I ask, why is this most valuable of PKR assets assigned to such a dangerous stand-off against Ong Tee Keat? I’m inclined to believe Ong will win the Pandan federal constituency in GE-13, as he had in the last 6 GE including 2008, and with that, sayang saja, Rafizi will be cold storage for 5 years, unless someone conks off to provide a by-election for PKR to claim as its due.

Okay, I’ll be more blunt, who in PKR pre-nominates candidates for constituencies? Who has stupidly (or maliciously) nominated Rafizi for Pandan?

Can I offer a suggestion, that Rafizi be given Kelana Jaya or Bandar Tun Razak or any other PKR seats which will be more safe?