Thayaparan: Why Ridhuan Tee Abdullah may be upset 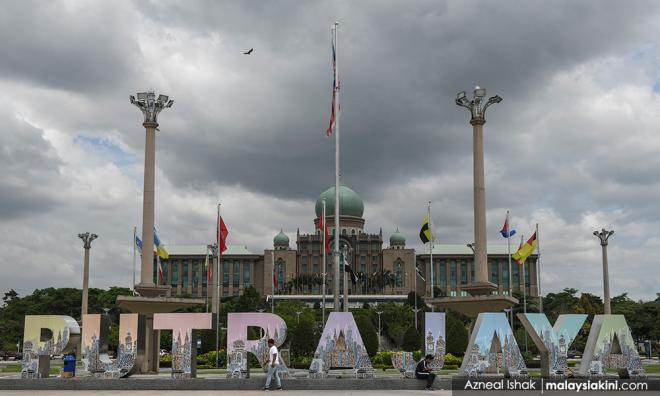 Why not just bar non-Malays from all top govt positions?

Pasir Mas member of Parliament Ahmad Fadhil Shaari, who presented on the religion cluster, urged Putrajaya to ensure that all top government positions to be held only by the Malays. “This includes positions such as chief justice, attorney-general, chief secretary, inspector-general of police, chief of defence forces and other strategic positions such as the prime minister, deputy prime minister, chief ministers and menteri besar, finance minister, defence minister and education minister"
– at the Malay Dignity Congress, Kuala Lumpur, 2019
COMMENT | A sneak peek into the former attorney-general's soon to be released memoir reveals a tantalising tidbit of how the old maverick attempted to pressure him to resign because of “Malay opposition”. Of course, like everyone else, I wonder why the Pakatan Harapan political elite would nominate a non-Malay and then be “surprised” by the reaction from the “Malay community”.

You see, the old maverick is always cultivating such tensions. Tommy Thomas should resign because he was a target of Malay opposition. Lim Guan Eng wanted to resign to ease tensions. Meanwhile, Anwar Ibrahim is not a suitable candidate for the prime minister's post because the Malays reject him for being a liberal.

Why don’t we just legislate this issue? Why doesn’t the Malay establishment work with their willing non-Malay counterparts and draft up legislation that non-Malays and Malay liberals cannot hold positions of power and influence in the government because this would cause distress to the Malay community?

Why not draw up legislation which would give legal validity to all those fears and grievances of the Malay community when it comes to non-Malay/liberal Malay leadership in this country? After all, non-Malay political operatives and Malay liberals are always warned not to spook the Malays or not trespass into territories that are supposedly exclusive “Malay”. For years we were fed the narrative that the government was supposed to be a bastion of Malay leadership and privilege.

Or how about this - why not all non-Malay and liberal Malay candidates sign pledges that even if elected to state or federal level they would not seek positions of power and influence. Maybe assistant roles would be all they would hope to achieve but the big positions would only be for the Malays of the "illiberal" persuasion.

This is in line with what PAS said during that wonderful Malay dignity congress that many Malay leaders attended. "Obviously we will take it up to the government for discussion as this reflects the feelings of the Malays, and they are worried about their future. We want to find ways so the Malays can play a role in restoring their honour".

After all, if every time a non-Malay (especially if they come from Harapan) needs to worry about restoring honour for the Malay community, maybe the federal government and state governments should just legislate and make it clear that non-Malays and liberal Malays can never be qualified to do so?

This way we can avoid all these needless controversies of how non-Malays in positions of power or influence are threatening the Malay community. This way we can make it clear that it is government policy not to have non-Malays in positions of power instead of this drama of the PM - whoever it is – asking folks to resign because of Malay opposition. The same goes for Malay liberals. I have no idea if the Malay community really objects to the appointment of non-Malays to positions of power and influence. I do know that what they think of as "liberal" is complete horse manure. The only time we hear of Malay discontent is from political operatives who claim to represent Malay interests but who keep telling us that the Malays are lagging in the social and economic spheres of influence.

I have no idea if this Malay outrage really exists because like all these manufactured outrages, the people who ferment trouble and incite the Malay community to action are political operatives and the various outsourced grievance machines often funded by the state.

Mind you, as someone who has very specific criticism against the DAP, I have never thought of anyone in the Malaysian mainstream politics as “evil incarnate”. Can you imagine the level of toxicity that propaganda organs spew to incite such levels of fear and mistrust?

And it is not as if the Malay establishment has not dealt with non-Malays in positions of power and influence or even liberal Malays for that matter. The underlying theme in such transactions is that those “acceptable” non-Malays in positions of power and influence pose no threat to the Malay political establishment and "liberal" Malays have always provided a fig leaf for all the other nonsense that goes on in government.

Meanwhile, acceptable non-Malays will always be referred to as running dogs because they would be too busy giving the impression that upholding Malay dignity is their mandate no matter which part of the government they lead.

I do not normally use the “think of the children” line of argument but in this case, think of the children. Non-Malay young adults and children are told by politicians that their very existence in leadership roles are a threat to the Malay community. Meanwhile, Malay young adults and children are told that only they can lead this country and anyone else who is not of their “race” and “religion” are an existential threat. And forget about how these Malays are supposed to think about Malay liberals.

And remember, kids, it is Malay Muslim and not just Muslim. So if you are Muslim convert than you are not fit to lead this country too. Ridhuan Tee Abdullah is, of course, upset.

S THAYAPARAN is Commander (Rtd) of the Royal Malaysian Navy. A retired barrister-at-law, he hopes young people will assume the mantle of leadership – if there is to be any hope for this country.
Posted by KTemoc at 7:10 am