Kedah Menteri Besar Datuk Seri Mukhriz Mahathir warned that Umno will cease to be relevant if it continued to perpetuate the politics of patronage, Malaysiakini reported the son of former prime minister Tun Dr Mahathir Mohamad as saying.

He said it was dangerous when party leaders could not differentiate between serving the public and indulging in patronage. "(It is not limited to) the top leadership, there is patronage even at the bottom. We must consider why we are involved in this party.

I wonder what you make of his advice. I wonder too if he would have become MB of Kedah if he was not the son of his dad?

Mind, though daddy was from Kedah, he was highly marginalized and deliberately ignored/boycotted by his erstwhile tok ampus (fellow Kedahans) during AAB’s premiership, thanks or no thanks to the famed ‘loyalty’ of UMNO members, wakakaka. But with AAB ousted, Mukhriz has since been spared the trails and tribulations his dad had to undergo during AAB's time.

Anyway, as we know, Mukhriz is eyeing a future PM-ship whether of his own aspiration or because his dad wants him to. That's why Najib has been "criminally negligent" in someone's eyes for not "sponsoring" Mukhriz into one of the 3 very vital UMNO VP positions during the last party election, wakakaka, thus not fulfilling his hutang budi.

And indeed Mahathir said he "sponsored" Ah Jib Gor as an hutang budi to Razak for bringing him (Mahathir) back into top UMNO echelons, so he must have expected reciprocal arrangements from Najib.

I wonder why Ah Gib Gor didn't play the 'patronage' game that Mukhriz has now advised UMNO members not to play? Otherwise, what is 42 billion but mere sap sap suoi (chicken feed) to you-know-who? Wakakaka.

There have been persistent rumours that, after the "organized" fall (or overthrowing, wakakaka) of Najib from his PM position, dear sweet Mukhriz (and he's a really nice sweet boy, more like his mum than dad) will be nursed by wannabe-PM Muhyiddin and maybe even Hishamuddin until he is ready to assume the No 1 political position in Malaysia in accordance with UMNO’s Da Vinci code "revisited".

Yes, I know RPK has said there's no such thing as (what has been seen as the now fulfilled) R-A-H-M-A-N code-legend because with Malay names like (Tunku) Abdul Rahman, if we used his first name, then the so-called code would have started with 'A', but if we started with his second name of 'Rahman', that would have also meant Abdul Razak's turn should have been designated R, and Hussein Onn obviously 'O'.

That would have balls-ed up the legend of the UMNO Da Vinci code into R-R-O ... etc instead of R-A-H-M-A-N.

But I like to disagree with RPK precisely because Malay monikers are so conveniently flexible for legends such as this, if not anything at least to entertain and titillate us, wakakaka. Aiyah Pete, don't be such a spoilsport lah.

As Giordano Bruno, a 14th Century Italian philosopher-astronomer informed us, 'se non è vero, è molto ben trovato' which means 'if it is not true, it is very well invented', wakakaka.

Ooops, BTW the Catholic Church burnt Giordano Bruno at the stake as a heretic.

So, ignoring RPK's advice to disregard the R-A-H-M-A-N legend, after Najib retires either in due course or prematurely, wakakaka, we shall have as PM: 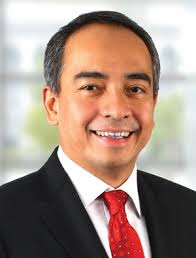 Yes, f* Muhyiddin. After all, if Ali Rustam was not deliberately sidelined in a pre-2008 party elections on cause of money politics, he would have become the DPM in 2008 and would now be in a nicely poised position to fulfil a second round of the R-A-H-M-A-N code.

Mind you, we should be thankful to the One above for being spared the experience of having Ali Rustam as PM, wakakaka

2 - A. This ‘A’ is a bit of a buggeration. I am sure many in PKR believe it’s for Anwar wakakaka. But then, I shouldn't wakakaka because you can never tell. I wonder whether I should be nice to him just in case? Wakakaka.

Maybe we can make Ahmad Zahid Hamidi fill this 'A' slot. Or, perhaps even Ariff Sabri of DAP. I'm sure PKR would be very keen to stake out this round of 'A' as it also fits not just Anwar but also Azmin Ali gnam gnam. And of course there's Wan Azizah - isn't the flexible application of Malay names just wonderful?

3 - H. Hishamuddin? I suppose he just has to swallow bitter pill to be in 2nd position to Ahmad Zahid, wakakaka.

What about Husam Musa? Or, if he is still in politics by then, Pak Haji Hadi Awang, though I wouldn't give him much chance by then as age is not in his favour. Mind, we could jack him up earlier into the 'A' slot above. I just love this game of guessing, admittedly wild guessing, wakakaka.

Recall, just prior to the 2008 GE, Mukhriz had wanted to represent Langkawi but was rejected by 85 out of 91 UMNO branches in Langkawi, even though Dr M was the man who did all he could for Langkawi and broke the 7-generation curse of Mahsuri for the Island. Mukhriz had to stand in very perilous Jerlun instead and some say PAS there helped him through (for strategic reasons) or he would have been toast.

But of course at that time, AAB and his 4th Floor Boys had their knives in Dr M, so per the renowned ‘loyalty’ of UMNO members, wakakaka, their loyalty went to ‘Siapa Raja’ and not to who did what for them wakakaka. As Dr M himself often lamented, Melayu mudah lupa.

Given UMNO's much touted 'loyalty' wakakaka, I wonder whether he'll survive the tussle of UMNO party-politics from blokes like Ku Li, Nazir Razak, Ahmad Zahid and Hisham, not forgetting KJ, wakakaka. 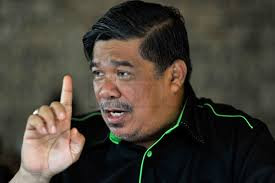 Chinese aspirants can wait for the 'C' slot while Indians the 'I' turn which alas for the Aneh may also be contested by Nurul Izzah, wakakaka,
Posted by KTemoc at 6:24 pm