“It’s very much a lie,” he said when met at the Aidilfitri open house at Seri Perdana, the prime minister’s official residence, here today.

Well, Ah Jib Gor is damn dead wrong because BTN has been repetitively proven to be a sickening vehicle peddling the concept of ketuanan Melayu while preaching disdain, disrespect and dislike if not hatred for non-Malay Malaysians, ...

... though I know the reason why he has to defend BTN because Najib is a PM currently under siege from the forces of Dr Mahathir, the actual man who changed the character and agenda of BTN into what it has become today. 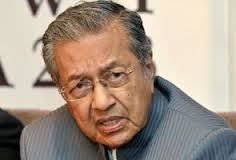 In another report headlined Dr M transformed BTN to a super-racist agency, says former director, The Malaysian Insider quoted Datuk Johari Abdul, a former BTN director who is now the PKR Member of Parliament for Sungai Petani, as stating that ‘it was former Prime Minister Tun Dr Mahathir Mohamad who transformed the BTN into a full-fledged racist indoctrination agency.’

In November 2009, PM Najib was briefed in the cabinet on BTN's racial indoctrination of civil servants (virtually all Malays).

TMI reported that: At the end of the briefing, the PM spoke of the fear and siege mentality the BTN courses had created, particularly among Malay participants.

“This must end,” he told those present, including Muhyiddin, Datuk Seri Khaled Nordin and Datuk Seri Nazri Aziz.

The Malaysian Insider understands that all of the Cabinet members who were present at the briefing, arranged by Datuk Seri Idris Jala, nodded in agreement.

Najib is now facing increasing pressure to close down the BTN while the hawkish forces in his administration continue to defend what has been called racist brainwashing courses by participants and the Pakatan Rakyat (PR).

So why is Najib singing a different tune now?

As mentioned above, Najib is currently under siege from the forces of Dr Mahathir, the Father of his BTN. Thus I surmise Ah Jib Gor is playing politics not to lose the support of ultra conservative sections of UMNO.

Call him a coward, hypocrite and an indecisive leader if you like, and I would agree with you, but he is obviously fighting for his own political survival.

I would also agree that BTN has not been DIRECTLY responsible for the recent brawl at Low Yat plaza but I have to support the many views that such fragile relationship between Malays and Chinese had/have been contributed by BTN's indoctrination programs of fear of and dislike for Chinese over the past 30 years.

Once the poisonous seeds BTN had been planted in the mind of many young Malays, the outcome would be predictable, as per the case which saw heightened animosity in the Low Yat fracas with undeniable racial characteristics. 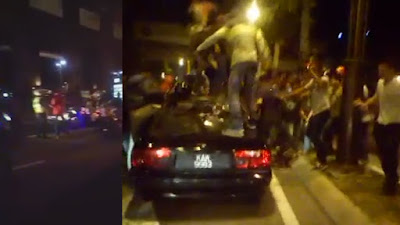 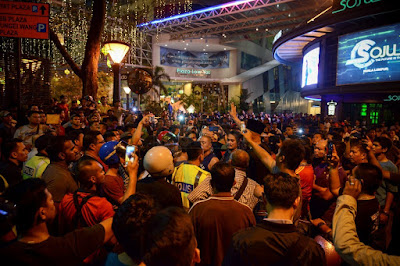