Holy Grail of evidence against Najib?

Following Muhyiddin's ouster, someone (you-know-who, wakakaka) has started a new war of retribution. 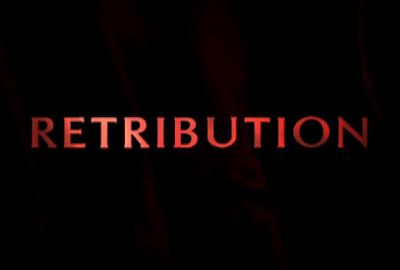 The Malay Mail Online informs us:

A video recording was also leaked last night showing Muhyiddin claiming to guests at his Damansara Heights house on Tuesday that RM2.6 billion in 1MDB funds were channelled into the personal bank accounts of Najib.

Malay Mail Online was unable to immediately verify the authenticity of the leaked video, but former minister Tan Sri Abdul Kadir Sheikh Fadzir, who was present during the meeting, confirmed the incident captured on camera was genuine.

And of course we know on whose side is Abdul Kadir Sheikh Fadzir, wakakaka.

We've also hear of a video audio clip in which the NS MB was said to have call for the arrest of Najib, but that proved false as that poor bloke, Mohamad Hasan, the NS MB, has strenuously denied that claim. Wakakaka.

Then there's the story of Zeti Akhtar Aziz, the BNM governor having a heart attack which again has been refuted by BNM. Malaysiakini reported:

Talk has also circulated that Zeti, who is part of the special task force probing the allegations against 1MDB, has resigned from her position.

However, this was also proved to be false.

The likelihood of anyone suffering any heart attack would probably be the NS MB who could have felt sporadic palpitations in his chest on hearing he was implicated in an attack against Najib, wakakaka.

In fact I would know how he must felt because I too was once accused of verballing my boss. What saved me was at the time it (the fabricated badmouthing) occurred I was fortuitously away in a very remote near-inaccessible part of Malaysia, quite quite far away from the office where I was supposed to have verballed my director. The asshole tattler (nay, not just a tattler but a) liar-assassin didn't check my whereabout when he fabricated the lie, wakakaka. But when I heard the accusation I must admit I initially felt what Mohamad Hasan would have felt.

The Muhyiddin's video is now touted as a Holy Grail, indeed as 101% gold plated evidence, even though lawyers said that's only hearsay and worthless in court.

Mind, politically the lie would be very useful as Malaysians love such hearsay, rumours and most of all, surat layang whether this be the traditional type, written or oral, or the modern version (Facebook, emails, twitters, etc), wakakaka. Maybe that's the real intention, not that we weren't aware of Muhyiddin being an 'interested party' given his sacking by Najib.

Every which way it takes, yes the new anti-Najib campaign has been launched, where we are likely to see this underground war of retribution, attrition and infuriation continue ...

... at least until Najib has gathered the guts to launch another counter attack, which he must if he doesn't want to end up as toast. 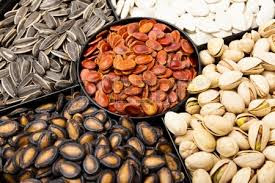