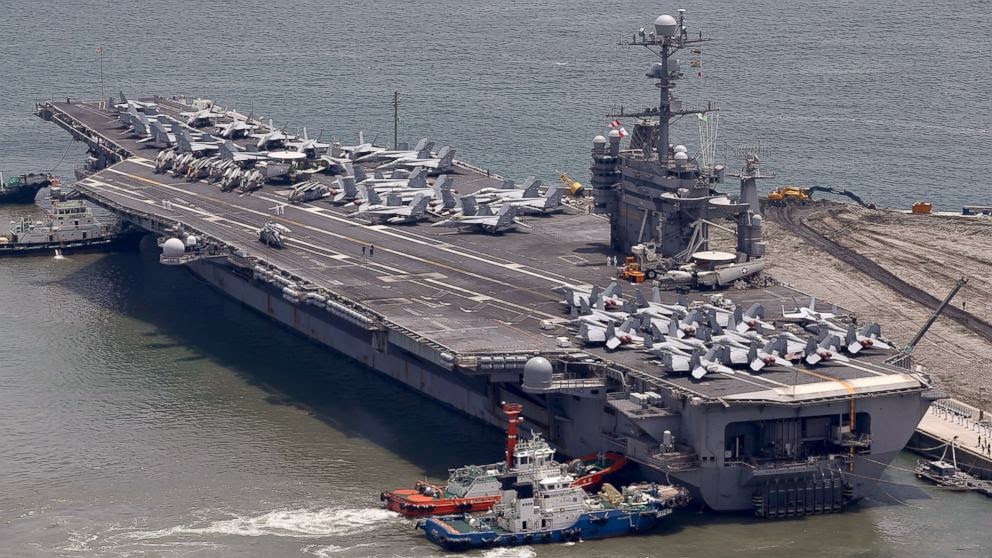 KUALA LUMPUR, March 27 — US President Barack Obama must press Malaysia to abandon the Sedition Act and foster democracy to gain a crucial ally in the region in its race with China, a writer with The Diplomat magazine said.

The Asia-Pacific magazine said China is “particularly keen” on filling the US void in the region through economic clout and “hawkish demonstrations” in the South China Sea.

“If the US doesn’t capitalise on the openness of Malaysia and other nations in the region to its advances — it will surely lose momentum to China.

“One possible step to re-engage? Obama or Secretary of State John Kerry must condemn Malaysia’s draconian Sedition Act, which gives the state sweeping powers against those deemed too critical of the government,” the Japan-based magazine wrote.

The writer, Karam Singh Sethi, noted that there is a “deep desire” for increased engagement between Kuala Lumpur and Washington among students and teachers, to diplomats.

He warned that administrations after Obama will be playing catch up with China for “decades to come” if he does not continue to lay a foundation for strong engagement in the region after his presidency ends in 2017. [...]

The writer must be from la-la land where the tooth fairy, fairy godmother and Tinkerbell live, wakakaka. 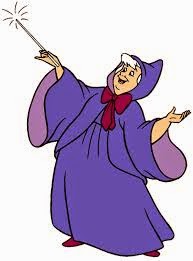 The USA does not care two figs about democracy, freedom of expression, human rights, equality or justice, whatever, in other countries so long as those countries remain friendly to and do not interfere with nor obstruct the interests of the American state.

Consider the draconian feudalistic but bloody oil-rich state of Saudi Arabia, whose rulers are propped up by the USA (for oil of course), as was Iran under the Shah (again for oil), and a host of other former dictatorships like those in Chile (copper), South Vietnam, Taiwan, South Korea, Thailand, Pakistan, several "-stan" countries of the former republics of the USSR, etc.

Have you ever heard of Franklin Delano Roosevelt's riposte to Sumner Welles, his Secretary of State, who condemned the brutal Nicaraguan dictator as a son of a bitch? The president of the USA, bastion of so-called freedom (or better, 'freedom fries', wakakaka) replied to Welles, “Somoza may be a son of a bitch, but he’s our son of a bitch.” 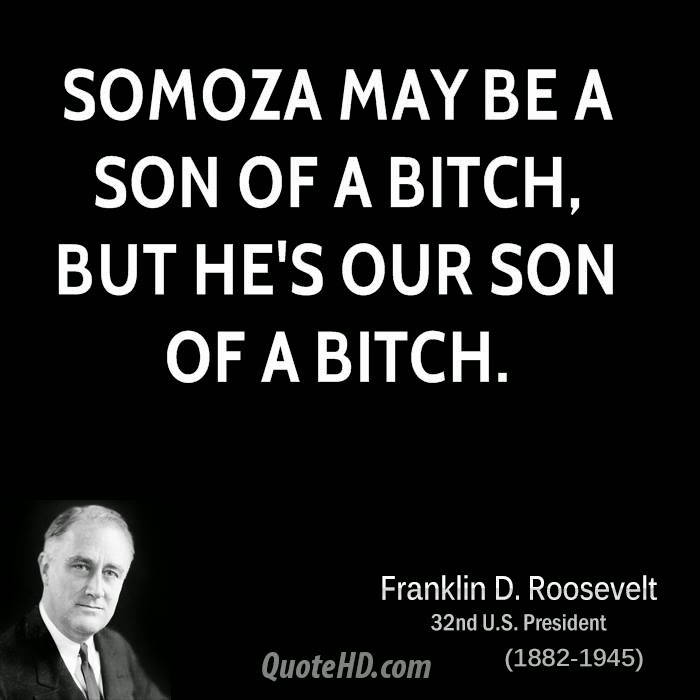 Roosevelt in his notorious saying had encapsulated the USA's standard attitude towards dictatorships or tyranny throughout the world. In short, the USA doesn't give a shit whether Malaysia's Sedition Act and the UMNO-government's application of this law has been f**king up Malaysians kau kau, so long as the Malaysian government remains friendly to the USA and its interests.

The reason why the USA had previously been supportive of Anwar Ibrahim was due to the Americans seeing Dr M as a very unfriendly leader of a reasonably sized country with strategic assets and geographical features and locations - Malacca Straits (choke point for Chinese ships), rubber, oil and gas, etc.

The USA has had a notorious history of destabilizing governments unfriendly to its political, strategic and economic interests, so that its favoured (local) candidate could take over. 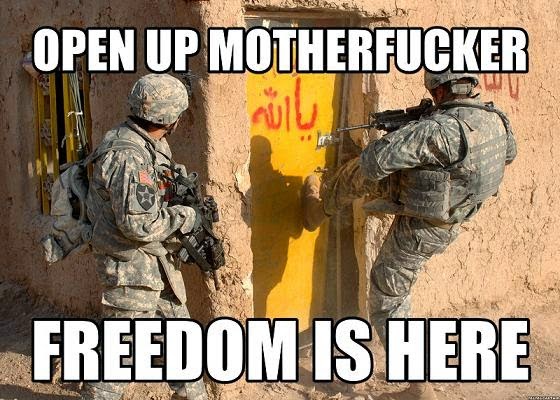 Other US-backed, sponsored or instigated coups were in Syria in '49, Iran in '53, Guatemala in '54, Congo in '60, Dominican Republic in '61, Indonesia in '65, Haiti in '91, Honduras in '99 and allegedly Ukraine in 2004 and in recent times in Libya and Egypt. The US attempted a coup in Venezuela but failed. This list is NOT exhaustive.

If Dr M had crossed the line which adversely affected US political, financial and economic interests, I wonder whether the USA would have sponsored its nominated client (wakakaka) to take over, one way or another.

And I suppose that's the cleverness or slyness of Ah Jib Gor who on coming into power had straightaway neutralized Mr Manmanlai on the international front by cozying up to the Yanks. 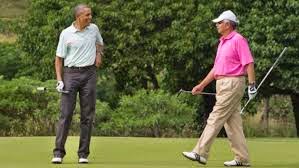 Have you noticed how relatively quiet the American government have been on Anwar since Ah Jib Gor came into power, and how they have 'acted dunno' about Mr Manmanlai? The ugly truth is the USA has discarded him like a used condom.

Yes, they might have uttered a few words or so for their own domestic (liberal) consumption but insofar as relationship between the USA and Malaysia under Ah Jib Gor currently goes, it's all very kamcheng lah (pally-buddy hunky-dory).

Yes, the USA may want to curb China's adventures in the South China Sea (which is more about the latter's concerns for oil, oil, oil rather than the alleged hawkish regional dominance) but it can still do this with a dictatorship in Vietnam or Malaysia.

Indeed, what need has it for any form of democratic states to achieve its strategic containment of China, when it has gone about (or tried) co-opting communist Vietnam and dictatorships in Uzbekistan, Kazakhstan, Kyrgyzstan, Tajikistan? 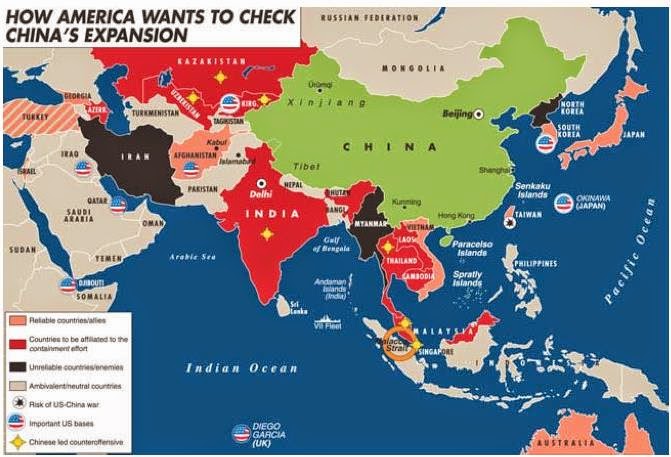 Yes, the writer must be from la-la land where the tooth fairy, fairy godmother and Tinkerbell live, wakakaka. 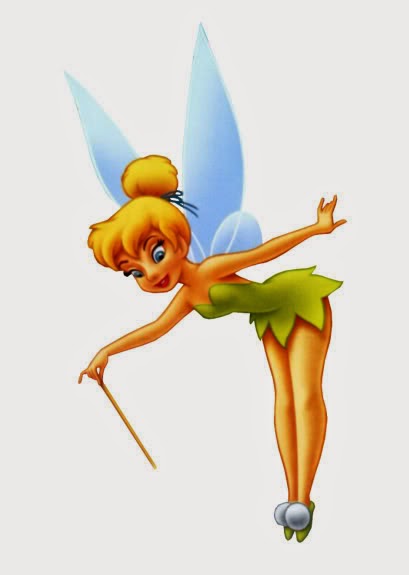