We Malaysians have always told ourselves, boastfully if I may add, we are not a mean people but rather generous, charitable and of good will. With this in mind, I believe recent happenings and recollections call for a round of congratulations. So here we go: 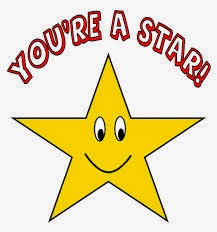 1. Congratulations to PAS in their hudud victory, and now now I don't want detractors to be mean and say things like "Et tu Bastards". Let us join in their rejoicing, knowing that Kelantan henceforth will be immune from floods, injustice and misogyny, among other virtues and blessings.

However, I have to admit I'm not sure about incest between fathers and their little girls as this was not mentioned, though I have been aware that our esteemed parliament had in 2006 reduced the punishments for incest - see my 2009 post Lawmakers too easy on incest!


Additionally, we have been blessed by the PAS recent hudud legislation that from now on, as reported by FMT, sex between women, sex with corpses, and sex with animals are no longer crimes under the amended Syariah Criminal Code II (1993) bill tabled in the Kelantan Assembly yesterday. Don't worry about sex between women for that is not new, but I believe those repelled criminal acts of necrophilia (sex with a corpse) and zoophilia or bestiality (sex with animals) will have immense tourism values where we can expect an influx of wannabe-Periander, he who was said to have baked his bread in a cold oven 2600 years ago, and animal lovers or more correctly, "lovers" of animals, wakakaka. 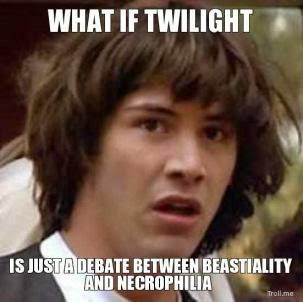 Compare PAS' enlightening hudud legislations with those dark eras of Judaism where in Leviticus 18:23, we are told:

Neither shalt thou lie with any beast to defile thyself therewith: neither shall any woman stand before a beast to lie down thereto: it is confusion.


Aiyoyo, those Israelites were such spoilsports, considering they themselves were screwing everyone else since the days of Moses till today when we have racist Netanyahu. 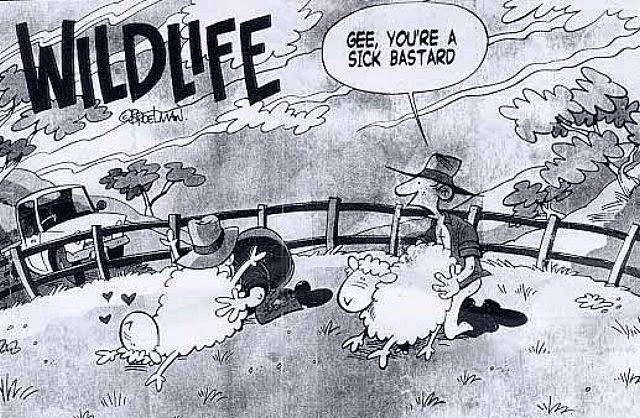 2. Congratulations to UMNO for being pandai in 'chong-ing' (not 'poloma'-ing, wakakaka) PAS ... yadda yadda ... I wonder whether today's UMNO will one day share the same dilemma as Dr M's UMNO when he made his 929 Declaration in 2001.

3. Congratulations to former air force Major Zaidi Ahmad for his heroic brilliance in revealing to us, as reported by Malaysiakini, that "... had the government spent on an Awacs plane instead of another executive jet, the tragic disappearance of MAS Flight MH370 could have been averted."


However, Zaidi didn't explain in detail how such an AWACS plane would be able to avert the disappearance of MH370? We love to hear from him on the how's and wherefore's.

Would such an AWACS be scrambled or one already loitering in Malaysian airspace 24/7? If to be scrambled, why not scrambled the fighters instead?

Congrats also to him for being a hero in chewing Hishamuddin up for not having fighter aircraft in a ready to scramble alert status. Zaidi proclaimed that 'heads must roll'. Wonderful.

However, Zaidi should tell us during his umpteen years as the former OC of the F5E squadron whether he had put forward any policy proposals to do what he has accused Hishamuddin of not doing? Please tell us, thanks.

Strangely, Zaidi reminds me of a former minister who kept silent for 16 years while in the establishment of power but became vocal on being expelled. But I'm sure Zaidi, being already proclaimed a hero by many, would be better as I am most confident he would have written several policy proposals to do what Hishamuddin's head should roll for not doing same.

To know more on the wondrous hindsight of so many brilliant people, please read my post RMAF and Zhang Ziyi on MH370.

4. Oh, didn't we mention Dr M earlier? I believe a rather belated congratulation may be in order for him.

What that compliment would be for, we first need to look at Singapore.

As we have just learnt, former Sing PM, Lee Kuan Yew (LKY) is suffering from severe pneumonia and currently in the Intensive Care Unit of the Singapore general Hospital. He has been reported as also suffering complication from infection.

Sadly, when LKY eventually leaves us, not necessarily because of the pneumonia but rather of age, indeed as we all will too one day, Dr M will become the sole surviving member of that older generation of Asian leaders, people like Tunku, Razak, Deng Xiaoping, Soekarno, Marcos, Sihanouk, all Asian political giants in their own ways.

No no, the congratulation is not for that, in remaining as the final survivor, wakakaka.

Let's first talk about a truly Asian giant, Lee Kuan Yew. Strangely for a political giant from such a small little red dot of a nation, and despite his global towering standing, LKY has a rather silly habit of wanting to show (and show off) he’s both tough and intellectual, a sort of brainy Schwarneggar. I wonder whether deep down in his subconscious he had not been as confident as he seems or has been reputed to be.

Years ago, he instituted a social program to turn Singapore into a ‘rugged’ society, perhaps correctly so as he must have deemed the Sing Chinese, especially after their state had being expelled from Malaysia and thus cut from mum's apron strings, needed some spine straightening and confidence building. I was wondering whether that program might have reflected his own personal fears and traumas, and not just Singaporeans in general.

Dr M's equivalent to LKY's 'rugged society' program was the indoctrination programs by the notorious BTN which like most Malaysian institution with initially noble objectives subsequently went f* songsang.

LKY likes to play intellectual games with many, and as I see it, relishes crushing people with his wits and intellectual discourses and manoeuvres.

There’s no doubt he’s super intelligent, farsighted and has done bloody well for Singapore, but ... a big BUT ... his weakness has been his conceit which seems to be bigger than his Singapore Island, even the modern version with reclaimed land, wakakaka.

I have read his 2-volume autobiography, in  which he would make much ado about which world leaders had praised him or his speeches. It’s true that when Margaret Thatcher, then in retirement and already a baroness, was asked in a TV interview whom she admired most in the world, she answered with two names without any hesitation, namely, Deng Xiaoping and Harry - 'Harry' of course is Sir Harry Lee Kuan Yew.

Then, only after a significantly noticeable pause, Thatcher added the name of Ronald Reagan, an addition which I suspect was a diplomatic afterthought for her personal friend, US President Reagan.

Yes, many global leaders admire LKY, while they wonder at our own Dr M, more for the latter's frequent acerbic comments. Mind you, Dr M is too like LKY, super intelligent and undeniably an intellectual but he seems to be more of a Darth Vader than LKY's Han Solo, wakakaka. Yes, unfortunately as I see it, Dr M has sadly allowed the several chips on his shoulder to dominate and cloud his intellect.

Much as I lament LKY's conceit and what I suspect, sadly, to be a cultural cringe towards the British*, I respect and indeed admire him for his intellect, leadership, farsightedness and astute management of Singapore into what the Island State is today, a 1st World nation of immense wealth.

With our range of incredible resources we could and should have done better, many many f* times better than that lil' red dot, but alas ........

It would seem LKY has always bested Dr M in almost every which way, EXCEPT one, wakakaka, and that's why I'm giving Dr M a belated congratulation.

On 01 January 1981, Dr M, then a brand new PM, startled, shocked and shitted Malaysia and the neighbouring nations of this region, including and especially Singapore wakakaka, by moving Peninsula Malaysia's Standard Time forward by 30 minutes to GMT + 8 (instead of + 7.30), to be aligned with the standard times of Sarawak and Sabah.

No one had done this before without deep discussions with astronomical experts and after much public debate/discussions about its potential impact on the economy, financial markets etc, except the Japanese invaders in 1942 when they moved Malayan Standard Time to GMT + 9 in alignment with Tokyo Time. Banzai!

We know Dr M has been an admirer of the Japs which gave rise to his 'Look East' policy, but which I hope was not the reason he changed Peninsula Standard Time, wakakaka.

Anyway, when Malaysia under Dr M announced its intention, Singapore went into a tizzy, totally f*up kau kau. I wonder what exclamations and/or expletives must have been uttered in its cabinet, wakakaka.

But the lil' red dot had no choice except to kuai kuai tag along, and that I believe was the only and probably would be the last time Dr M bested LKY, wakakaka.