Only if Najib shows support for PAS' hudud, Lim KS expresses his PERSONAL proposal for a new quasi-bipartisan coalition, made up of both Pakatan and BN people, to "Save Malaysia and defend the Federal Constitution and rule of law".

Yes, if Najib hudud-izes his political stand, Lim KS said: "May be the time has come for a new 'Save Malaysia' coalition comprising MPs from both sides of the political divide and the South China Sea, to defend the constitution and rule of law with a new prime minister and a new government."

By the by, South China Sea refers to Sarawak and Sabah, not Vietnam, Indon or gasp China, wakakaka.

Then he added the sweetener, that the new prime minister could come from either BN or PR, as long as the person wants to "save Malaysia, defend the Federal Constitution and the rule of law".

... the new prime minister could come from either BN or PR?

I guess this time he was referring to an ultra cautious Ku Li, said to be the best PM we never had - maybe that's how he became the best ever PM ... only because we didn't have him, wakakaka.

Once I had lots of admiration and secret hopes for Ku Li to become PM, but his evasive, elusive and equivocating intent to be an alternative PM since his defeat by Dr M has left me cold and bloody disappointed. He only emerged to say something sweet to our ears when he felt relatively safe.

Who then in BN could be the new coalition leader as the alternative PM?

While you think about the question, let me propose a name for the 'notional' coalition to "Save Malaysia and defend the Federal Constitution and rule of law".

Yep, 'notional' because somehow I have a firm belief Ah Rose Soe would not allow Ah Jib Gor to go hudud, wakakaka.

Anyhow, what about 'Selamat Malaysia' coalition with a catchy singkatan (abbreviation) like 'SALAM' (not 'SATAY', wakakaka) which should out-Islam PAS and UMNO, at least on the superficial surface, but then what is PAS' hudud legislation and UMNO support for it other than political opportunism, hence also superficial in their manoeuvres with respect to Islamic legislation.

Back to the SALAM (wakakaka) leadership, please forget about Ku Li because he won't make a move unless the PM's chair is gift-wrapped and handed over to him on a silver platter.

Obviously the SALAM coalition won't include PAS, because PAS' hudud push has been the very cause of its notional existence. But blokes like their Erdogens could join either PKR or DAP to be considered as PM.

It's unlikely we can, or for that matter, should have junior politicians who by their age and experience won't be suitable to be PM.

Indeed, by age and experience and also political renown (at least in the past, wakakaka), Ku Li even at his veteran age, would have been an ideal choice but as I have said, he has allowed himself to suffer from political timidity since his crushing defeat in 1987 and during the Semangat 46 days to be of much value to a new coalition to oppose UMNO-PAS.

And forget about Dr Wan as she's known to be a reluctant pollie and doesn't have the fire to lead other than to save her husband.

(a) UMNO's Abdullah Saifuddin who's 54 (a good age to be PM) and who's known for his balanced views,

(b) PKR's Azmin Ali who's 50, already MB of Selangor and who walked the corridors of high power with Anwar in their UMNO hey days, and have intimate relationship with UMNO's top leaders [I admit I personally don't like nor trust him],

(c) Ariff Sabri - I don't know how old he is but I guess around 55 to 60. He has strong economic qualification, and prior to joining DAP, was an UMNO member, or

(d) a Sabahan/Sarawakian bumi from UMNO?

I have listed 4 UMNO or (wakakaka) former UMNO people above. Can you dream up a respectable person (of either gender) from BN or PKR or elsewhere (civil service, ex military, industry, NGO), who's a bumiputera (including from the 'South China Sea', wakakaka) aged around 55 to 65 (plus or minus a few years) with a track record of respectability, credibility and fairness? Being a Muslim is preferable but hopefully, not essential.

I like to propose Marina Mahathir ;-). Sweetie is a fine citizen and a wonderful woman with a commendable humanitarian and compassionate approach to helping people, bravely outspoken against injustice and oppression, stands up for the weak and downtrodden, articulate and possesses good values, and like Margaret Thatcher, has more gonads than a lot of blokes, wakakaka. Yea, I know what some of you will say! 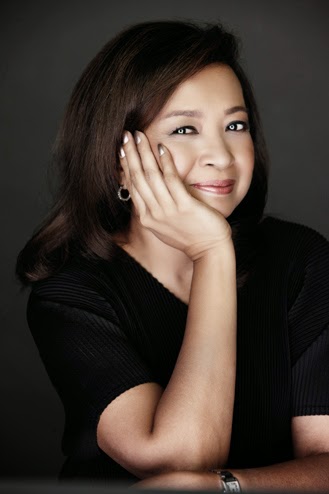