I was told this trivia by an old family friend (of my uncle) who was in the military. 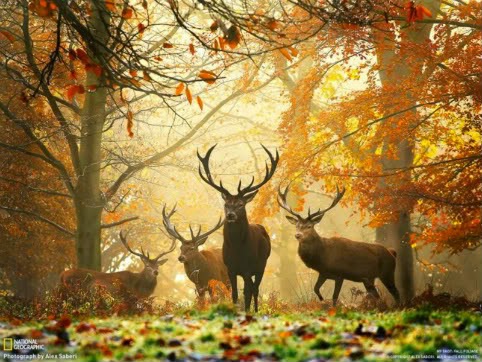 In the early 80's, during the hey-days of the 2M Administration, DPM Musa Hitam, who was also deputy president UMNO, was on the general election campaign trail which took him to East Malaysia.

While there, and transiting through air force bases, he remarked apologetically to the military officers who waited to greet him on his arrivals (and departures) as a military mark of courtesy, that (words to the effect) "'Tis the season", an excellent use of words that politely explained away the election campaigning for indirectly bothering those officers.

I would like to use his "'Tis the season" to refer to what I have been alluding to my readers in many of my recent posts, that 'tis the season for hunting nons.

Yes, the nons are being hunted down to prove a point (whatever that may be). Even sweetie Susan Loone wasn't spared for just reporting what she was told.

Zaid Ibrahim has also taken to issuing this advice to the nons. In the Malay Mail Online, Zaid said: Non-Malays beware, this is the age of sedition in Malaysia. In the news article, the Mail reported:

The country's non-Malay and non-Muslim communities must exercise extra restraint when speaking in public or on social media today, Datuk Zaid Ibrahim warned, saying Malaysia has entered "the age of sedition".

The former de facto law minister suggested a racial bias in the current sedition crackdown, claiming that Muslims who utter derogatory terms about those of other faiths are less likely to face charges.

But non-Malays and non-Muslims must be "very careful" with what they post on Twitter or Facebook as they may find themselves thrown behind bars, he said.

"That's the way the cookie crumbles in this country," Zaid wrote in his blog yesterday.

"The loyalty of non-Malays and non-Muslims are (sic) being questioned all the time, as is the loyalty of those in Sabah and Sarawak who are unhappy with the treatment they have received since the formation of Malaysia.

"So do not say or write what you feel, unless you are prepared to spend time in (the) Kajang (prison)," he said.

"I know it’s tempting," he added, "... to exercise your freedom and express your views, especially since you are exposed to the world through social media, but please exercise restraint."

Well, we have the first casualty in 36-year old Chow Mun Fai, a site supervisor who had admitted to posting offensive comments in his Facebook which mentioned eating pork during Ramadan, bah kut teh and insults to the Prophet.

He was jailed for a year under Section 233(1)(a) of the Communications and Multi­media Act 1998, which was the MAXIMUM prison sentence for that crime.

While Chow had been naughty, what shocked many lawyers was the sentence which as mentioned above was the MAXIMUM possible under the crime he was found guilty of.

Considering that he was a first offender, and had demonstrated his repentance by pleading guilty, the sentence handed down by the judge was considered extremely harsh and unbelievably excessive. It's most unusual for a judge to pass the MAXIMUM sentence on a first offender who had pleaded guilty to the charge.

Recall that Kiki-what's-her-name who in a road rage case, had threatened the victim with implied violence with an iron bar (car steering wheel locking handle), apart from banging the bar on the Ah Pek's car. She was only fined and ordered to do community service. Even her Ah Pek victim pleaded leniency for her.

I personally believe Chow should have been fined and ordered to do community service (eg. cleaning mosques' toilets for, say, 3 months). Jailing him for one year for his stupidity will effectively destroyed a major part of his life.

And far worse, it does nothing to rehabilitate him, au contraire I suspect, will only breed discontent and resentment.

Yet we have judges who allowed a rapist to get away scot-free because he was deemed to have a "bright future".

Well, what does Section 233(1)(a) of the Communications and Multimedia Act 1998 tell us about Utusan Malaysia behaving arrogantly in June this year in a most insolent way to HRH Johor.

As I had posted in an earlier post, TMI had reported in its Utusan says will snub Johor palace over criticism on new bill the following defiant Utusan statement to HRH Johor:

Utusan Malaysia today said it would not answer any royal summons to appear before the Sultan of Johor, following the paper's criticism against a controversial plan to include the ruler in the state's administration. […]

The Umno mouthpiece said if the Johor palace was unhappy with the criticism and wanted to reprimand or clarify, it could send a representative to meet the daily's editors.

It's like telling HRH to f.o and yet Utusan had gotten away with it. It makes us wonder at the disparity in treatment.

And I could go back to 1992 to recall how UMNO members demonstrated the ultimate in abusing the royals and suffered not an iota-fraction of what Chow Mun Fai now experiences.

Then we have some unbelievable blokes like Ustaz Shahul Hameed Seeni and Ustaz Ann Wan Seng who insulted Hinduism and Buddhism respectively, etc.

As we railed silently in frustration at the hunting down of (lower case) 'malaysian' nons, their plights seen in stark contrast to the (upper case) Malaysians who have gotten away with far worse, please do spare a thought for that 36-year old first offender who has been too harshly punished.

One can only hope that the PM will advise HM the Agong to pardon him.
Posted by KTemoc at 8:04 pm