Was it all poker bluff in Selangor?

Khalid Ibrahim informs us HRH is happy for him to continue as MB, and that if the exco members, particularly from PKR and DAP aren't happy about him as MB, they can f**k off, wakakaka. 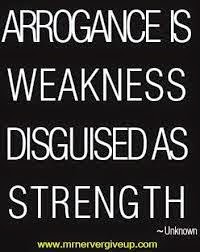 See TMI's Sultan says I remain Selangor MB, says Khalid and Resign if you are not happy working with me, Khalid tells exco.

Khalid's jubilant announcements came about after a 2-hour meeting of the Selangor Royal Advisory Council where Khalid was also present and during which he briefed HRH that he still has the confidence (support) of the majority of the Selangor State Assembly (House).

And may I just say that HRH would only have approved (as he just did) based on information that Khalid has more than 28 ADUNs supporting him to continue as MB.

But wait, would that information have come from Khalid Ibrahim himself when he was in today's Royal Advisory Council meeting?

Thus, we may surmise two possibilities, namely, that (a) Khalid has been actually informed by PAS and UMNO he has their en bloc support because he knows he doesn't have those of PKR and DAP, or (b) he had informed HRH of this support even without PAS informing him so.

While it's HRH's royal prerogative to tell Khalid Ibrahim to continue on as MB, I have to ampuan tuanku and wonder why HRH did not also interview the PAS and UMNO leaders prior to taking Khalid's words at face value.

In fact it would have been far better and seen by the rakyat as more balance for HRH to interview all 4 parties' leaders, namely those of PAS, PKR, DAP and UMNO, to gauge the veracity of Khalid's words, because obviously Khalid, as the very subject of Selangor's current political dilemma, suffers enormously from a 'conflict of interest' by being in the Royal Advisory Council briefing HRH on the current imbroglio which directly involves him.

Yes, it would have been great if HRH had interviewed/discussed the state's political crisis with the leaders of all the political parties represented in the DUN.

Let's move on to PAS and examine what appears to be its earlier-overt and now-implicit support of Khalid Ibrahim continuing on as MB --- 'now-implicit' only because it has declared it wants to remain in Pakatan.

In many ways, the outcome today is far far worse than the 2009 Perak constitutional crisis, when then the Perak people at least knew who was what, where was why and when was which, even if they might have disagreed with the position of Perak's allahyarham HRH.

By contrast, right now the interested and concerned public, especially Selangoreans, have no idea what had transpired to convince HRH that Khalid Ibrahim still commands the confidence of the majority of the House, ..... other than perhaps Khalid Ibrahim himself telling HRH it's so?

As I mentioned many times before, Malaysian politics is making the people becoming more and more divisive. The current outcome in favour of a jubilant and extremely arrogant Khalid Ibrahim ('extremely arrogant' vis-a-vis his imperious dare to the exco) will invariably and inevitably add to the strained and acrimonious divisiveness. 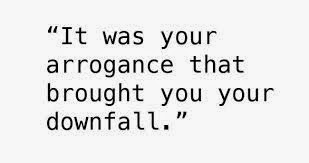 But regardless of whether PAS is truly supporting Khalid en bloc, we still mustn't let them get away with it, for it's in their ambiguous tap-dancing vis-a-vis Pakatan collective consensus on Khalid Ibrahim that might have given HRH the impression (or facts) they support him to continue as MB.

Their current naughty ambiguity has compelled even Ambiga Sreenevasan to admonish them for dragging their feet on the MB issue, reported by Malaysiakini as follows:

PAS has received a ticking off for its vague and indecisive position on the Selangor menteri besar crisis following Abdul Khalid Ibrahim's expulsion from PKR on Saturday.

"DAP's response on the MB issue was quick and unequivocal. PAS should decide as quickly, because the people of Selangor deserve to know," she said in a posting on Twitter today aimed at PAS leaders.

"Pakatan should be aware that many in Selangor are truly sick of the present crisis. They need clarity fast," she added.

Okay, we are aware there's an internal tussle within PAS on the Khalid Ibrahim problem but nonetheless, remaining ambiguous on such a critical issue is not acceptable because the people, the rakyat, deserve better than the current air of uncertainly.

Ambiga is obviously not impressed with Khalid's boastful arrogance about him having the majority of the Selangor DUN's support, and she has now demanded that Khalid named those who support him. The Malaysiakini report stated that Ambiga twittered the query to Khalid, as follows:

"Tan Sri, in the interests of the people of Selangor, please name those in the (state legislative) assembly whose support you say you have," she said in a tweet to Khalid.

"Even with PAS support, is it not hung," she asked further, to the extent of asking PAS central committee member Dr Dzulkifli Ahmad whether this is true. 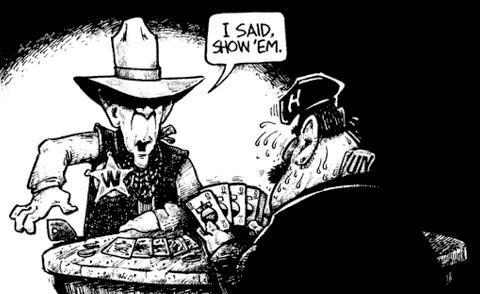 Shades of 916? wakakaka, but I personally doubt Khalid will dare to respond to Ambiga's very relevant and legitimate challenge - like de facto leader, like de facto MB, wakakaka.

Anyway, as I had blogged yesterday in Selangor MB Saga - the disqualified & unqualified, assuming he does have PAS' en bloc support (UMNO is already in his pocket as announced by Muhyiddin Yassin), even with PAS' 15, UMNO's 12 and Khalid's own vote, that would only provide him with 28 ADUNs (or 50% of the House) against Pakatan Version 2 (PKR + DAP) 28 ADUNs - basically a 'hung' parliament.

In such a situation, as I had jokingly mulled on, Hannah Yeoh will undoubtedly resign as Speaker, leaving Khalid's faction of UMNO and (supposedly) PAS to pick one of their ADUNs to take over, which will then be fatal to their 28, wakakaka.

But it's unlikely PAS will support Khalid Ibrahim en bloc as hinted by Ambiga in her intent to ask Dr Dzulkifli Ahmad, a PAS central committee member. When queried about Khalid's claim he has sufficient support from the assembly, Dr Dzulkifli Ahmad, said: “We will all know when the time of reckoning comes”.

From all these, I believe Khalid may not have the required majority support. Thus, his arrogant and preposterous threat to exco member to quit is nothing more than a poker bluff to get rid of inconvenient opposition to his preposterous and pompous claim. 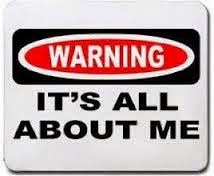 While our beloved Tunku Abdul Rahman loved poker for recreation, I don't believe what I suspect of Khalid's claim to be recreational in nature.

Additionally, I am coming to a sad belief that he might have not informed HRH objectively - as mentioned, he suffered from a very severe case of 'conflict of interest'.

As reported by MKINI, PKR's Latheefa Koya summed it beautifully in her mocking (wakakaka) of a pathetic Khalid for daring the exco who do not support him to resign, when he was already sacked by the party.

Again, he showed his poker bluff arrogance in announcing he will interview each of the Pakatan exco members to see whether they should stay on or leave. 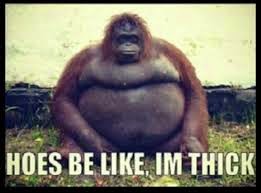 I say, they stay on and Khalid leaves!

On top of Ambiga Sreenevasan's demand that Khalid Ibrahim names the assemblypersons who support him, DAP and PKR have also told Khalid to Prove you have assembly’s confidence.

And it's telling Khalid Ibrahim seems to be avoiding calling the DUN to convene to demonstrate he indeed has the confidence of the majority of the House. TMI reported:

When asked if he had discussed with the sultan the possibility of holding an emergency state assembly sitting ahead of its scheduled sitting in November, Khalid said no.

"I am not the one who wants the early sitting."

Indeed, he wouldn't dare to.

As mentioned above, much as I dread to say it, I am sad to come to a frightening belief that HRH might have been unfortunately misled on the actual quantum of support in the House that Khalid Ibrahim actually commands.
Posted by KTemoc at 6:26 pm