I am offering myself as PM Najib's political strategist because whoever is currently doing the job for him has not been doing it well. 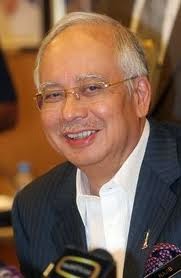 Three days ago, in my post Sedition! For what purpose? I asked:

Are these gross persecutions (and prosecutions) against Pakatan politicians nothing more than a Najib-Zahid grand-staging to show the Heartland that even without the ISA, the Najib government is still firmly in control, and that Dr Mahathir has been unduly and unnecessarily worried and stirring shit for no purpose, and thus to be ignored for crying out "the sky is falling down, the sky is falling down!"? Wakakaka. 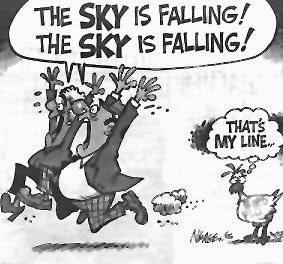 Dr Mahathir said Najib’s slide began when the latter listened to his “enemies’ demands” and abolished the Internal Security Act in 2011 and the Restrictive Residents Act, which allowed the government to detain anyone including suspected criminals without trial.

“These actions did not reduce opposition from the other side. Instead, crime increased because many gang leaders were released.”

And in a most merajuking mode, he wailed (sorry Tun wakakaka, hope I won't be hauled up on this verb for sedition, wakakaka again - besides it's in the past tense, wakakaka):

“But the views of the race and the party, which had all this while supported and saved the government, are not given fair treatment.”

Though Musa Hitam, Dr M's erstwhile sidekick in the hey-days of the Double-M Administration wakakaka, had dismissed the doctor's merajuking as something that won't go away unless and until there is a clone of Dr Mahathir sitting in the PM's seat, I suspect Najib, being Najib wakakaka, has been making quiet efforts to placate, please and polay-so (manja-sayang) his saviour-mentor as well as those in the Heartland and Hardheaded Land who might listen to Malaysia's political Moses and take every word to heart and head, wakakaka.

Yes sir, Najib knows the fate of his predecessor AAB and while he doesn't have the added disadvantage of a  son-in-law who's detested by Dr M as AAB has, wakakaka, he has probably decided to play safe from the wrath of a Hell that hath no fury like an über éminence grise scorned, wakakaka.

Besides, Musa Hitam sounded some dire warnings for Najib, as reported by TMI:

... but obviously a perception by Dr M which didn't last, because ...

Musa said it did not take long before Dr Mahathir viewed Abdullah as being Malaysia's worst and weakest prime minister simply because Abdullah disregarded his wishes.

Musa said when Najib succeeded Abdullah, Dr Mahathir was announcing that the former was his boy and was busy advising him to do this and that.

"But when it appeared that Najib knew his mind and was doing things on his own, it got worse and worse for Dr Mahathir.

"Dr Mahathir felt that Najib was not consulting him on important issues but instead subjecting himself to foreign influences," Musa said.

"That is Dr Mahathir for you, do not believe what he says about claiming that his criticism of Putrajaya is friendly advice.

"His objective is to get Najib out of Putrajaya."

But alas, what I had suspected as a Najib-Zahid strategy has an unpleasant side effect because it relies solely on Pakatan scapegoats like Teresa Kok, RSN Rayer, Khalid Samad, N Surendran, Nizar Jamaluddin, Tian Chua, Nik Nazmi, and Rafizi Ramli. It shows up Najib, rather than the AG, as an oppressive man in power who persecutes (not only prosecutes) the federal opposition - an impression which my consultancy will remedy.

Sweetie Teresa Kok pointed out the following where by shameful contrast no one had been charged (as reported by TMI):

* A group slaughtered a chicken and offered a reward to those who could slap her when they protested against her video, "Onederful Malaysia" but Home Minister Datuk Seri Dr Ahmad Zahid Hamidi had said there was no necessity to investigate the protest.

* Umno mouthpiece Utusan Malaysia asked "What more do the Chinese want?” (Apa lagi Cina mau?) after Barisan Nasional’s poor showing in the 13th general election last year. BN claimed the Chinese and urban voters supported the opposition when it increased its parliamentary seats from 82 to 89.

* A website had reported early last year that Malay right-wing group Perkasa president Datuk Ibrahim Ali had called for the Alkitab to be burnt.

* Kok also raised the video clip of Datuk Zulkifli Nordin (where he had asked why Hindu gods did not stop flood) reported by The Malaysian Insider in March last year.

* The movie "Tanda Putera", where its director, Suhaimi Baba, had insinuated that the Chinese were responsible for the May 13 (1969) racial riots in Kuala Lumpur.

* Kok also pointed to the racial criticism by Nasir Safar against the Chinese and Indians at a 1Malaysia course, which was reported by The Malaysian Insider, on June 28, 2010. Nasir was Prime Minister Datuk Seri Najib Razak's former aide.

Hmmm, no mention of pro UMNO blogs, particularly one? Wakakaka.

So now Najib looks bad rather than righteously firm and justified in his action against those who allegedly besmirched or slandered his name and reputation.

Indeed Ah Jib Gor, why only now when previously you didn't even bother, correctly so, about those rather nasty allegations, insinuations and at-times fabrications about your alleged dalliance with Shaariibuu Altantuyaa. If anything, you would have then been more justified to sue the sh*t out of those accusers.

If Najib engages me as a consultant, wakakaka, I would still recommend the same strategy BUT with an even handed approach in its implementation where I would persuade the PM to also sembilih some BN sacrificial goats wakakaka, in the way Dr M did during Ops Lalang, so as to present an image of a fair PM who is firm, righteous, correctly stern and fed up with all the current monkey business, especially in Selangor, which have been dragging Malaysia backwards when our nation ought to be progressing forward.

My recommendations would include charging the following personalities (mind, not an exhaustive list of) for sedition, a charge which would have been on par with, if not better than the screwy silly stupid 'celaka' charge of sedition against RSN Rayer:

(a) Tengku Adnan for attempting to get rid of Malaysia's soup kitchen - an affront to humanitarianism (which I'll present as Najib's and Rosmah's major compassionate concern - surely more than a few votes here),

(b) Those misery mean mafulat-ish misogynists who object to a woman becoming MB of a state - an affront to our Malaysian sweethearts and an issue very close to Najib's equal-opportunity heart (or he'd be in trouble at home, wakakaka - undeniably more than a few votes here), where UMNO's, PAS' and several other misogynists can be neutered ... oops typo wakakaka ... I mean neutralized, wakakaka,

(c) The Chief of Armed Forces for talking cock in his extracurricular pomposity - this will eventually start an escalating upward flow of personnel in the armed forces hierarchical echelon to fill his 'vacated' place wakakaka, and will definitely earn the votes of those newly promoted, wakakaka.

(d) Khalid Ibrahim for insulting Pakatan by saying there is no such thing as a Pakatan government in Selangor - this one is truly lovely as it only sacrifices a soon-to-be non-player and will (i) shut the f* up of those Pakatan whingers of Najib's unfairness, and best of all (ii) set a mighty Ah Jib Gor warning tone in 'Selangor' (nudge nudge wink wink) without being overtly or bluntly Mahathir-ish, wakakaka (again, many votes which may result in BN-UMNO creeping back up to the 50% mark in the DUN), and

(e) last but not least, if Ah Jib Gor has the nerve, implementing English idioms, aphorisms and sayings such as 'taking the bull by the horns' a la 'belling the cat' by 'bearding the lion' so as to 'cut the Gordian's knot' and remove 'the millstone around his neck'.

And I guarantee PM Najib will emerge truly popular, or money back (my paycheck returned), wakakaka.