The term 'black Monday' was used by schoolboys to refer to the first day back to school, usually a Monday. after the holidays. 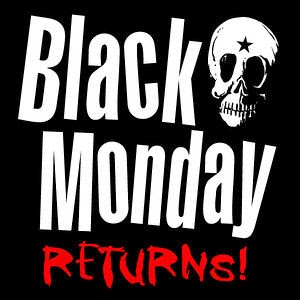 And throughout history in the Western World, that term referred to a number of unpleasant events happening on a Monday, including an ethnic massacre in Ireland in 1209, global share markets collapsing in October 1987 and, in May 1954 in the USA, the Supreme Court's ruling against the southern states' busing and school segregation in which no doubt the word 'black' also carried a racial connotation, thus a 'Black Monday' only in the eyes of the whites. 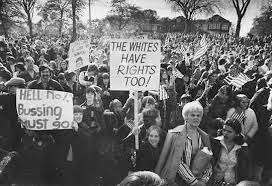 Tomorrow is Monday, so will 25 August 2014 be a Black Monday for some* Selangoreans?

* while some others will be delighted, wakakaka

HRH the Sultan of Selangor has granted Khalid Ibrahim an audience on Monday. If, as feared, that HRH will accept the suspected advice of Khalid to dissolve the state assembly, Selangoreans will have a new RM50 million state elections within weeks.

But are we preempting the issue, by (a) suspecting that Khalid will so recommend to HRH, and (b) that HRH will even accept Khalid's advice?

The former suspicion, namely (a), has already been mulled over several times in the news media, though quite a few constitutional experts asserted that since Pakatan commands 43 out of 56 ADUNs in the Selangor state assembly, there is no ground for HRH to approve that suspected advice ...

... but of course, as Dr Aziz Bari also said (as reported by Malaysiakini) ... Nothing can be done if the Sultan of Selangor decides to dissolve the state assembly next week as he has the power to do so, ... though it will not be in accordance with Westminster tradition.

Highly respected sweetie Ambiga Sreenevasan, former Boss of Bersih 3.0, who had supported the dissolution of the Perak (not Selangor) state assembly in its 2008 constitutional crisis, gave her reasons for having a different take this time on the current Selangor 'wounded MB tiger' crisis, saying (non-italicized comment in parentheses are kaytee's extrapolation of Ambiga's statements):

“In Perak, the people voted for a Pakatan (Rakyat) government and the next day they got a Barisan (Nasional) government" (hence the DUN should have been dissolved to ascertain who has the people's mandate)

“In Selangor it is different. There is no change as Pakatan still holds the majority. This is why I supported the dissolution then (in Perak)” (but NOT now in Selangor).

But wait, there are two different issues in the current lamentable Selangor stalemate, brought about by Khalid Ibrahim, a partyless ADUN insisting on clinging on desperately to his MB position, a position he enjoys ONLY by virtue of him being previously nominated by a Pakatan state government, for an ADUN (Khalid) voted in by the people of Port Kelang ONLY by virtue of him being a PKR (Pakatan) candidate*.

* To be fair to him, the proof of the pudding in the voters support for him will be only known when he stands again in Port Kelang either as an Independent or under the banner of a non-Pakatan party. I hope he does that, if he dares, wakakaka.

The two different issues in Selangor politics are (a) the removal of Khalid Ibrahim as MB as he no longer enjoys the confidence of the majority in the state assembly - this became very clear when PAS finally decided to stop supporting Khalid, and (b) the candidature of Dr Wan Azizah as the new MB of Selangor.


It is the latter, to wit, Dr Wan as the new MB, that may give cause to HRH to dissolve the state assembly.

Yes, ye good olde misogynistic PAS is once again the maverick in Pakatan as it still withholds written support for Dr Wan. PAS has specifically prohibited its 13 ADUNs (minus Saari Sungib and Hasnul Baharuddin) to sign any Statutory Declaration supporting Dr Wan as the Pakatan MB.

A couple of days back, Saari Sungib (Hulu Kelang), one of the two PAS ADUN to first daringly break ranks with their party in their non-support for Khalid even at the risk of being expelled from their party, said "I'm anti-Khalid, not pro-Azizah", and that his signing a Stat Dec supporting Dr Wan had more to do with de-legitimizing Khalid Ibrahim's claim of enjoying majority confidence than to directly support Dr Wan as the PKR candidate to be MB.

PAS had earlier claimed that their insistence on forwarding Azmin Ali's name as an alternative choice for MB was from HRH's intimation (usual but lamentable 'name-dropping' by an Islamic Party - sheesh), but which now has collapsed like a house of cards into a mere 'misunderstanding'.

Nonetheless, these are undeniably very overt PAS non-support of Dr Wan, which could have been out of its misogyny or Pak Haji Hadi's anti-Anwarism, or both. Mind, I personally don't support Dr Wan's candidature as well, but for different and very secular reasons, wakakaka.

In its belakang pusing from a Pakatan consensus, though only on the issue of Stat Dec evidence of support for Dr Wan (but effective non support for her), it can provide enough grounds for HRH to dissolve the state assembly - the 'grounds' being that in kaytee's visualized words: okay-lah Khalid is out but Dr Wan cannot be in because she lacks majority support, and you mongrels (again kaytee's Ozzi-nized word, not HRH's, wakakaka) can go back to the voters to give you a fresh mandate.

If that happens, as Dr Bari said, there's f**k all Pakatan can do, all thanks to PAS.

But will submitting Azmin Ali's name as an alternative choice for MB avoid the dissolution of the DUN?

"PAS has also made it clear that it will not nominate a candidate for the menteri besar position, so why has Azmin's name entered the mix? In my opinion, the Sultan of Selangor has* [will then have] a reason to interfere in the state's politics because PAS has opened the door for him."


* re parenthesised text above, kaytee has taken the liberty of editing-clarifying what the TMI journalist meant

I agree. Back in 2008 in Perak, immediately after Pakatan won majority control of the state assembly, and the nomination of a Pakatan state MB was being deliberated, I chastised Lim Kit Siang for surrendering to the then-Regent a list of three names, instead of only one. 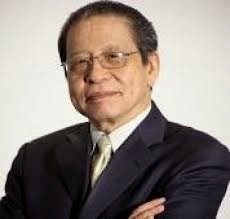 On 15 March 2008, I posted Lim Kit Siang opened Royal Pandora Box? in which I had written (extracts):

Alas, the parties have finally acquiesced to royal demands, with many of them forgetting that in a political democracy it's the political party which commands the majority in the State Assembly (outright or through a coalition, formal or otherwise) who picks the CM or MB, or at the federal level, the PM, to be approved by the constitutional ruler, only as a formal procedural step. [...]

Yes, the ruler cannot reject the candidate forwarded for his approval, save where, as mentioned above, there is perceivable concerns the candidate has a dodgy record or perhaps is infirmed, etc which may affect the proposed candidate’s ability to head the State government.

I then discussed both the Perlis' and Terengganu's fiascos in its respective MB-nomination. I concluded that post by blaming Lim Kit Siang (wakakaka), though being a nice bloke, wakakaka, I did attempt to explain why he did so:

Much as I respect, admire and have supported Lim Kit Siang, I believe he has been the one who opened the royal Pandora box when he abdicated the political rights of the DAP-PKR-PAS in deciding who should be the MB for Perak to the Sultan of Perak (as represented by his son the Regent).

Uncle Lim was of course attempting to minimise adverse DAP grassroot reactions to his party agreeing to a PAS MB when the DAP has the most number of seats in the coalition. So, he staged a public sandiwara (theatrics) of being against a PAS man becoming the MB of a State while pushing the decision making to the ruler.

He must have thought it would be brilliant tactics to abdicate the (publicly) difficult decision of accepting a PAS man as MB of Perak to the Perak royalty, but he didn't realize it would be bad strategy to surrender political rights to a constitutional monarchy, who through such small gains will shift gradually from a constitutional status to an increasing absolute authority.

The sadder irony of it all, and the most gross injustice to Uncle Lim, is he has been portrayed as a racist by some anti-DAP bloggers (and I am not just talking about the BN) as well as some Malaysiakini journalists and columnists, even though the issue has never been about race but rather, the PAS avowed political intention to make Malaysia into an Islamic State governed by Islamic syariah laws.

But as for most things in Malaysia, why let facts stand in the way of a good emotional (and sinisterly contrived) bashing of the DAP, specifically at the very figure of Lim Kit Siang!

But this time, should HRH dissolve the Selangor state assembly, we can't blame Lim Kit Siang again, but rather PAS. Amin!

And TMI has today reported As Selangor MB impasse continues, PKR prepares for snap polls which will marvellously give the Pakatan so-called partners another chance to stab each other in the back again as they jostle for seats a la Kota Damansara and Sungei Aceh, wakakaka.

Oh, here's a possible sting at the end of my post as per the tail of a scorpion!

What if HRH says (as per kaytee's crazy imagination): since there is no majority support for Dr Wan I have decided that Khalid Ibrahim will continue on as the MB until the end of his elected term as I assess he will do a good job for my state. He may select his 10 exco members only from Pakatan.

Now, wouldn't that be a truly Black Monday for Pakatan? Wakakaka. 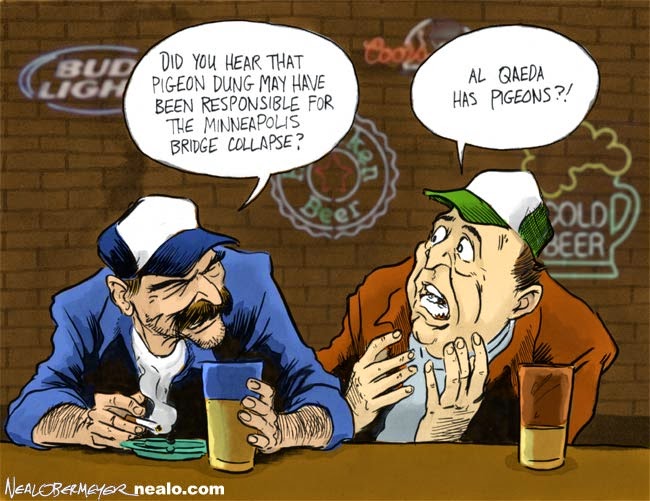