Today RPK posted a new piece titled BLAME ALLAH FOR THE SELANGOR MB CRISIS in response to Dr Dzulkefly's comment about the two PAS ADUN who broke ranks with PAS to support Dr Wan even before the PAS council meeting had taken place on Sunday 17 August. He wrote, undoubtedly in sarcastic mode: 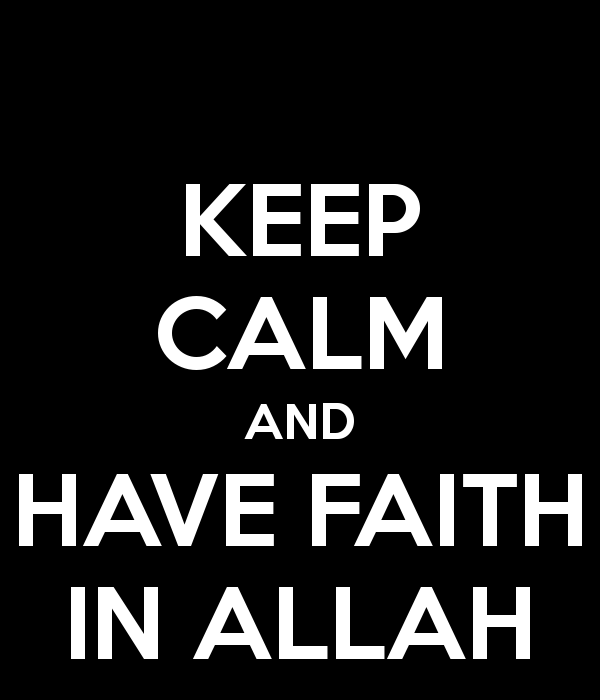 PAS leader Dr Dzulkefly Ahmad said that Allah made the two PAS state assemblymen defy their own party by joining the 28 DAP and PKR representatives in pledging support for Dr Wan Azizah Wan Ismail because Allah wanted to save Selangor.

That is actually a most interesting prognosis and I must confess I did not see it that way. I suppose I have forgotten my religious class lessons where we learned that nothing happens, either good or bad, unless Allah wills it.

I am glad that Dr Dzul reminded us because I have to admit that since I have been staying here in the UK these last five years I have been missing those religious sermons that I used to attend quite frequently when I was back in Malaysia.

I remember now Tok Guru Abdul Rahman Petani telling me that we can only plan but Allah decides. Hence we have to accept whatever happens, both good and bad. And that is why Muslims are forbidden from wailing during funerals because death is Allah’s will.

You can read the rest of his post yourself, but here in my post I wish to extract a few (unedited) comments from RPK's post as well as my morning-nothing-to-do-in-office-lah responses, wakakaka. Here goes: 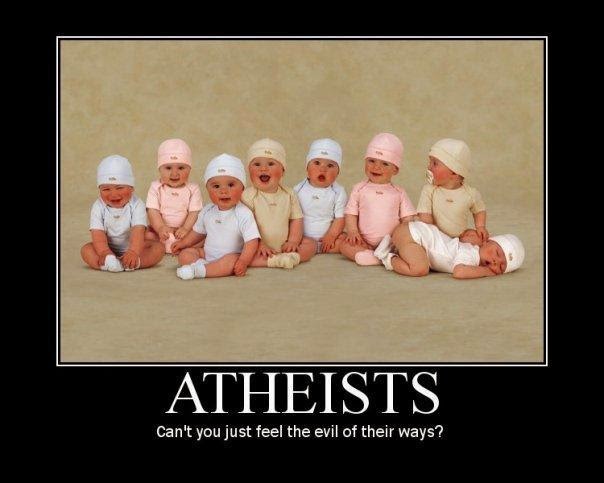 Majority of Chinese people do not believe that God exists and even Adam and Eve though they believe does not exist at all... Majority of Chinese are all RACISTS, which they do deep down prefer their own RACE to succeed even at cost of another RACE.. And they are selfish,racist, greedy and spiteful people. I believe this comes about as they have a sense of entitlement, that they are better than other people but they have no responsibility towards other ,people in their own communities or abroad. Children are taught not to care about others strangers especially someone from a different races and so on.

My responses (in 2 parts, the latter on realizing an oversight in the former, wakakaka):

(i) OsRi UzNa, it may well be that some or even many Chinese Malaysians are racists but to assert they don't believe God exists is based on nothing more than your ignorance, sheer utter ignorance. Most Chinese believe in God (Christians, Muslims and Bahais) or gods (the non-Christians, non-Muslims and non-Bahais).

Few would be those Chinese Malaysians who are atheists, very few indeed - incidentally I'm am one, wakakaka. Even most of Chinese Buddhists have conflated their religion with Chinese folk religions and so believe in God known as Thean Gong (God of Heaven, sometimes the Jade Emperor). 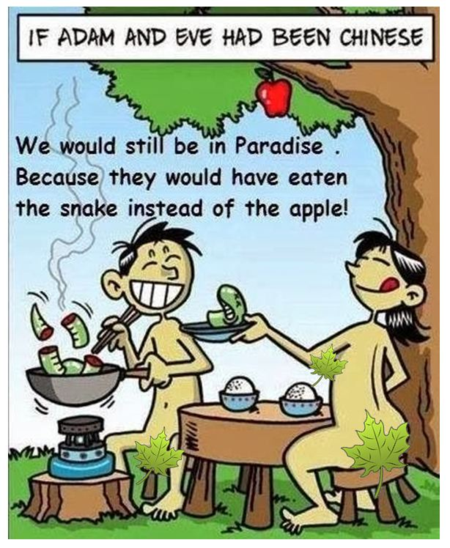 BTW, I have always believed that God made a mistake in making Adam and Eve Hebrews, leading us since to suffer forever from the fallout of their original sin. Had God made Adam and Eve Chinese (even racist ones, wakakaka0 then we would have been spared that 'original sin', for they would have ignored the apple (or fig) and ate the snake instead, wakakaka. No snake, no Iblis (Satan) thus no sin, wakakaka.

And to be fair to OsRi UsNa he replied:

Kaytee Moc Confucius is deeply influential on the majority people of Chinese more than Buddhism, Taiosm and also an Atheists who doesn't believe in existence of God including Adam and Eve. I know about existence of Lilith a female demon. Lilith as Adam's first wife is a medieval Jewish folklore in other words myth. Bear in your mind Supreme being, He makes no mistakes! You wrote: "The truth is no one is more dangerous and harmful to a Chinese Malaysian than another Chinese Malaysian,.." It's TRUE except national unity of the Chinese (Nationalism).

... which encouraged me to reply: 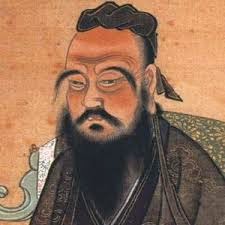 OsRi UzNa﻿ Indeed Confucius has a deep influence on Chinese attitude, in the Sage's teaching and reasoning for 'order' in society where the King, Elders and seniors in royalty, society and family must be respected and not only that, shown to be respected whence then there will be order and harmony. Also, Confucianism has been about cultivating, practicing and promoting the 8 virtues of benevolence, righteousness, courtesy, wisdom, fidelity, loyalty, filial piety and service to elders.

On this score, Chinese Confucians would be the most devout monarchists, which has been why China has an unbroken line of dynasties including the current communist dynasty, wakakaka. 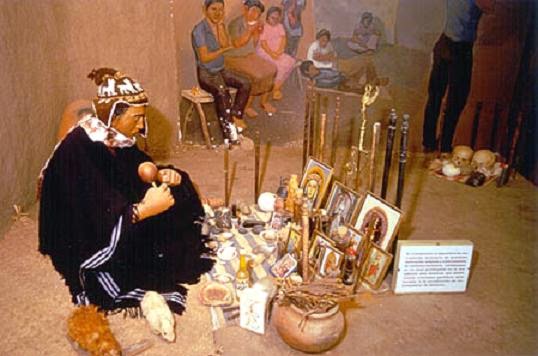 But more importantly Confucianism, unlike the very tribal Abrahamic religions, does NOT interfere with an individual's religious belief, which was/is why among the Chinese, Confucianism, Buddhism, Taoism and folk religions exist side by side for several thousands of years. Only in Christianity and Islam in China were their followers taught to be intolerant of other religions. 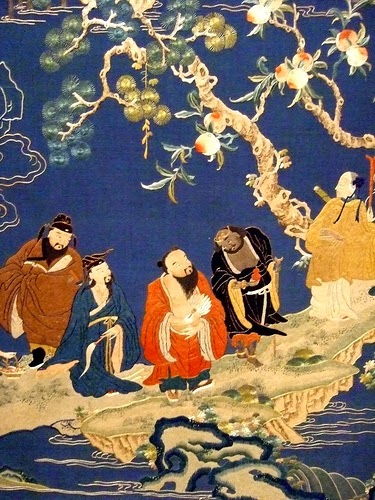 What Chinese nationalism would you be talking about when even China, Taiwan, Hong Kong and Singapore can't even agree among themselves, let alone Chinese Malaysians.

The Chinese have a master plan to takeover Putrajaya. But the Malays are not bothered to be used like Anwar and Mat Sabu! This is seen clearly, they rather listen happily Chinese and a few idiotic Indians shouting and condemning the Malay Royalties! They are. Power crazy ! Parties like DAP have a alterior motives! One puppet Malay will be a PM and a Chinese either LGE or LKS will be Deputy PM with an important portfolio to screw up the country! The puppet Malay will be Anwar or Wan Azizah ! Tun Mahathir said these so call Malay opposition parties are selling the Malay Rights! That's 100% true! 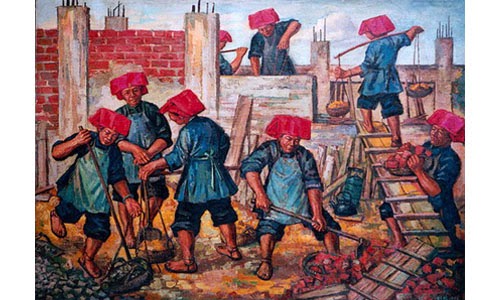 Damn it, those Chinese are taking too long (57 years) to dominate Malaysia, wakakaka. Pathetic lah. By the time they ever succeed, all of us (Mahathir, Anwar, Najib, Lim KS/GE, Khalid Ibrahim, Tok Haji Hadi Awang, and even young Khairy, Mukhriz, Dyana Sofya, and Mahathir's grandchildren) will be long gone. 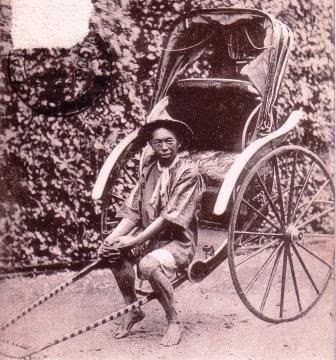 Chinese conspiring to remove Sultan? If these are true... mmmm..... do not know what to say.

I'm sure I responded but couldn't find it again in RPK's post. Never mind, if my recall is good, this was (as near as I remember) what I had written:

In Tunku's and Razak's days, all Chinese Malaysians were communists or potential communists or communist sympathizers. There was one behind every bunga raya bush. 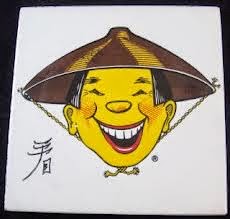 It's quite a revelation of what socio-emotional feelings some Malaysians have.