Time for me to criticize my fave political party wakakaka, yes, a bit of yang and yin to my lambasting of politicians. This time it is DAP who will be receiving a slap on their wrists from their supporter, kaytee, wakakaka. 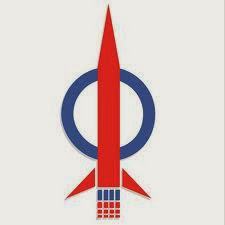 There is a saying that power corrupts and absolute power corrupts absolutely. We know that BN component parties, especially UMNO, have reached the latter stage, that of absolute corruption.

I fear that unless we supporters of DAP give those DAP politicians, especially the ones in power, those in Penang and Selangor a kick in their bloody arse from time to time, they might unconsciously and unwittingly drift towards, and be susceptible to the first level of corruption which comes with a taste of nascent power.

I'm not suggesting that the list of my dissatisfaction with DAP has anything to do with corruption, but it has given me much disquiet.

Okay then, first slap on wrist - The current issue of Jeff Ooi's regrettable 'kucing kurap' has troubled me greatly, more so because I have supported Jeff in his odyssey from blogger to DAP MP. Jeff has been the person who inspired me to become a blogger, and someone I consider as a friend.

I am not entirely blind to his 'weakness' wakakaka, where I know he likes, nay, loves to tweak others' noses and would really 'push' their envelope of tolerance to his insults and/or sarcasms. With his rather acerbic mouth, wakakaka, sometimes his antics have not been commendable, such as the 'kucing kurap' insult at civil servants. It shows a lamentable arrogance and disrespect to those public servants.

When his own party leaders started squirming at his faux pas, he should have taken note of their discomfort instead of defiantly saying he won't apologize. I have to say it has been Anwar Ibrahim who, while criticizing him for using the naughty phrase, also gave him a way out, by suggesting that Jeff might not have realized the severity of the insult due to lack of awareness of Malay cultural nuances.

Anwar even went to the extent of giving an example of this cultural misunderstanding by confessing he had once misused a Hokkien word which he subsequently was made aware that the word was a no-no. I believe Anwar has been extraordinarily gracious in providing Jeff a face-saving way out, an excuse to apologize.

Though Jeff has apologized for that silliness, I'm not all that happy with him for what I see as his rather stubborn and silly defiance in grudgingly and ungraciously asserting he had apologized only because of Karpal Singh. He stated: "I will not retract or apologise but when Karpal Singh tells me to do so, I will follow."

"I can't retract as it has already been uttered. I sincerely apologise if it hurt the people's feelings. Thank you very much."

One should apologize for one's mistake and not because Bhai told one to do so. If that's the case then it's not an apology at all but only a favour or mark of respect or obedience to Bhai.

I hope Jeff will consider my advice as from a sincere friend and loyal supporter, that he should apologize sincerely and full-heartedly.

Second slap on wrist - Recently there was a brouhaha about Lim GE's official visit to Xiamen and Hainan, China, in early November to boost trade and bilateral ties. The criticism was that some wives, including his, accompanied members of his entourage.

Though Lim quoted state laws which allow spouses to accompany state exco members on official foreign trips, that was not the point because he was accused of previously criticizing BN leaders for doing the same thing.

Regardless of the fact that his entourage spent less than the BN, it's still a form of double standards in justifying his action when he had previously criticized BN for doing the same thing.

Though no corruption was involved I still don't like it because as a supporter I feel embarrassed by the undeniable 'cakap ta-serupa bikin'.

Third slap on the wrist, again no corruption had been involved and again directed at Lim GE - I refer to TMI's Guan Eng wants performance of assemblymen, councillors evaluated by independent auditor.

It may sound like a innovative brilliant move, a sort of independently assessed KPI for exco members and ADUNs, etc, but Lim GE must understand that politics in democracy is about enabling and ensuring the voice of the people is heard, and not about running a business for profit in a commercial-like company, as Khalid Ibrahim has been accused of in the way he manages Selangor as its MB.

Thus it is, shall be and must be the voters who should and will assess the CM, exco members and ADUNs, and not for a bloody unrepresentative auditor to assess and decide on their performance as leaders in a state government.

Yes OK, Lim GE can have an independent auditor assess the exco members' and ADUNs' performance for his internal consumption as a CM, but he must not project that auditor report into the public arena, because it will then be seen as and become an unfortunate political gimmick. 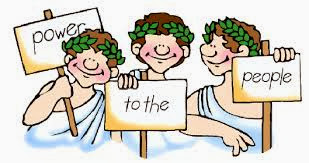 Worse, the process allows an auditor to usurp the prerogative of the people. This is totally unacceptable in a democracy.

I believe Lim GE has been a good CM, but nonetheless let's have less gimmickry and continued real representation for the people of Penang.

There, I feel much better and less constipated, wakakaka.
Posted by KTemoc at 11:03 pm