Lesson of non-democracy from the north

Ever heard of the word 'cabal'? 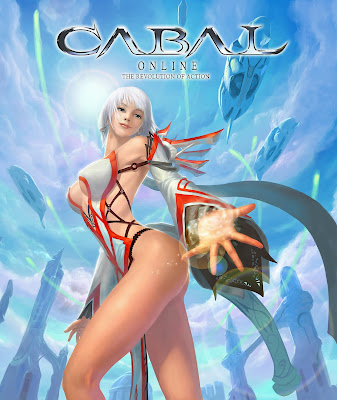 No, I'm not talking about the online game or for that matter, the word 'Kabbala' which means a practice associated with the occult or secret doctrine, usually linked to rabbinic esoteric and mystical magic, like what 'peh-mor' was alleged to have in the person of a recruited Jewish bomoh, wakakaka, to help him win the elections which incidentally he (peh-mor) did, wakakaka again.

The 'cabal' I want to raise here is that of a band of secret plotters against a government or person in authority. 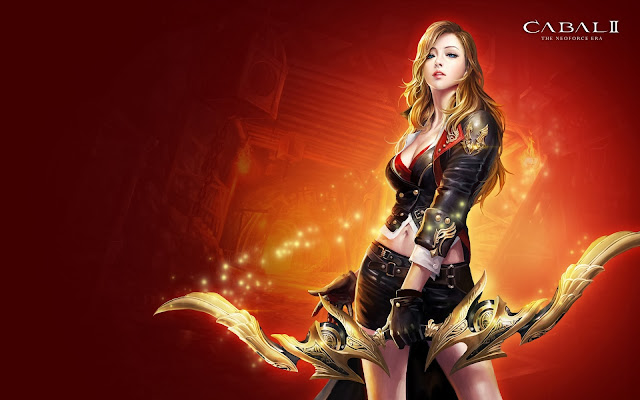 And the cabal I have in mind would be one comprising one or more members of royalty (not necessarily the No. 1, wakakaka) and the established elite, the latter implying the established political elite, the established business elite (eg. penjual roti, wakakaka), the conservatives, society's aristocrats, yes those types generally called the 'establishment'.

No, I'm not talking about Perak eons ago, wakakaka, nor about anywhere else in Malaysia, wakakaka also. They aren't who you think they are. I am actually referring to foreigners, up north, which brings me to the Malay Mail Online's article two days ago, Tearful Thai PM Yingluck asks protesters to take part in election. Extract reads:

BANGKOK, Dec 10 ― Her eyes welling with tears, Thai Prime Minister Yingluck Shinawatra pleaded today for anti-government demonstrators to clear the streets and support a snap election, but defiant protest leaders called for her to step down within 24 hours.

After weeks of sometimes violent street protests, protesters rejected her call yesterday for a general election and said she should be replaced by an unelected “people’s council”, a proposal that has stoked concern Southeast Asia’s second-biggest economy may abandon its democratic process.

On the opposite side of the political fence, forming the Thai Opposition, is the Democratic Party with a mere 159 MPs (in some sources only 153) led by leng chai Abhisit Vejjajiva, also Oxford trained wakakaka.

His party's former secretary general was Suthep Thaugsuban, who also served as deputy PM to leng chai when the Democratic Party was the government. He is currently the trouble-maker who's facing a grave charge of sedition.

So we have the Democratic Party, rumoured to be backed by certain members of the Thai royalty and also the Thai Army, with only less than 32% of the Lower House wanting to replace the Pheu Thai Party as the government ... and you thought our government which received only 46% of the total votes was bad wakakaka.

Of course the Democratic Party itself didn't openly demand it becomes the substitute government. It's the protesters on the streets, coincidentally led by he Democratic Party's former sec-gen Suthep Thaugsuban in his Perkasa-like (wakakaka) so-called and nonsensical People’s Democratic Reform Committee.

As Brian Klonoski wrote in RYOT:


The recently rowdy streets of Bangkok were silent on Tuesday thanks to a national holiday, but that didn't stop Suthep Thaugsuban — the former politician now leading protests — from giving speeches, issuing decrees and more or less attempting to establish  a parallel government in Thailand.


Despite lacking an ounce of authority, Thaugsuban continues to insist that his protest movement — which has drawn as many as 150,000 demonstrators in Bangkok — has more legitimacy than the elected government.


In speeches on Monday and Tuesday, he issued the following brazen orders:

While you and I can smirk at the absurdity of these decrees since they’re coming from a man with absolutely no constitutional authority to make them, the problem is that protesters and even some media outlets are taking him seriously, according to the AP.


Even worse, Thaugsuban could completely bypass the constitution and all the basic principles of democracy and seize power if the military or judiciary becomes involved — something that has happened in the past in Thailand.


“This is a combustible situation. We cannot have two governments in Bangkok running Thailand,” Thitinan Pongsudhirak, director of Chulalongkorn’s Institute of Security and International Studies, told the Washington Post. “Something will have to give.”


SMH also reported that the protesters ..... want an appointed government to run Thailand with a hand-picked "people’s assembly" and a royally appointed prime minister.

Wakakaka, if that's not a dictatorship, what will it be then? But do they care, wakakaka.

This is what Wikipedia has on the protesters' leader, Suthep Thaugsuban:

As part of the Sor Por Kor 4-01 (สปก.4-01) land reform scheme, Suthep gave title deeds to 592 plots of land in Khao Sam Liam, Kamala and Nakkerd hills of Puket province to 489 farmers. It was later found that members of 11 wealthy families in Phuket were among the recipients. Suthep addressed a huge crowd in his Surat Thani constituency a month before a no-confidence debate and called on his supporters to march on Bangkok in the hundreds of thousands to defend his reputation.

In 2009, Suthep was accused of violating the Constitution of Thailand by holding equity in a media firm that had received concessions from the government. Under the 1997 Constitution of Thailand, which Suthep had supported, Members of Parliament are banned from holding stakes in companies which have received government concessions. In July 2009, the Election Commission announced that it would seek a ruling by the Constitutional Court to disqualify Suthep. 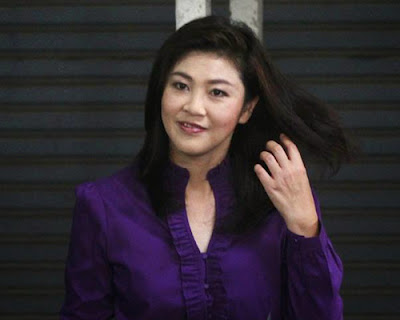 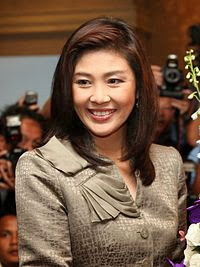 So, apart from his propensity to resort to street protests to protect himself as in the Sor Por Kor scandal (reminds me of someone wakakaka), with such a dubious record as a member of parliament what credibility does he have in waging illegal and at times violent protests against the Yingluck's government on the alleged accusation that Yingluck's brother Thaksin Sinawatra is the power behind her.

Just a reminder, Yingluck's Pheu Thai Party (minus any Thaksin in the scenario) holds 265 seats in parliament, a clear majority which confers the Pheu Thai Party the democratic right to form the duly and democratically elected government of Thailand.

Three days ago the Democratic Party thought it would exert pressure on Yingluck by resigning en bloc (all 153 MPs) from parliament but Yingluck smartly sidestepped the adverse impression of a one-sided House of Representatives by immediately dissolving parliament and calling for re-election.

This of course won't suit the cabal and its mob of protesters as Yingluck's Pheu Thai Party has greater voters support and will win in the new election, hence the agitation by the protesters for an appointed (not elected) government made up of hand-picked 'people’s assembly' and a royally appointed prime minister. And f**k democracy.

But alas, there's very powerful backing for Suthep Thaugsuban (himself probably only a front man) allegedly from said cabal of certain royal members and the Thai Army, which has been why Suthep's protesters could run around with impunity in Bangkok in their harassment and disruption of the legitimate government while police were 'advised' by the Army to 'take it easy' - think Perkasa, wakakaka.

Yingluck is of course reluctant to unleash her party's supporters, the Red Shirts, as this may provoke the Army into taking a more direct role in the illegal protests, to the detriment of her supporters well-being. 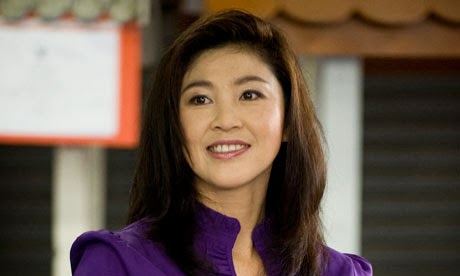 But what lesson does it hold for us, that a minority party could, with some royal backing and the Army, demand a new government, one to be appointed by 'the few' with a PM appointed by royalty?

And you thought 46% was bad? wakakaka.

If the House is not filled by elected candidates, the democracy cannot function. If this is the case, the oaths you have just sworn in would be invalid. You have sworn to work for democracy. If you cannot do it, then you may have to resign. You must find ways to solve the problem. [...]

Look at Article 7. The article does not say that a constitutional monarchy means the King has the authority to make an order. I insist that I have never issued any orders without basing them on directives of the articles of the Constitution, laws and Acts. I strictly and correctly have complied with the Constitution.

People have asked for a Royally appointed prime minister, but there is not a rule for this; a prime minister is correctly Royally endorsed every time. There may be people who say that King Rama IX likes to do what he wants, but I have never done that.

Based on this, his royal and most correct and most proper views on Thailand's constitutional monarchy some years ago, obviously the King himself is not in support of the current attempt to overthrow a duly and democratically elected government, nor in the undemocratic nonsense of a Royally appointed PM, but some other royalty allegedly is.

To kaytee, it seems while there have been allegations that most of Malaysia's socio-politico-economic-religious troubles stem from the doings of some former 'Indians', wakakaka, there is suspicion that the current Thai political problems stem from some former 'Chinese', or at least those with Chinese ancestry - for more of this conclusion, see my earlier post Should Chinese Malaysians adopt indigenous surnames? wakakaka. 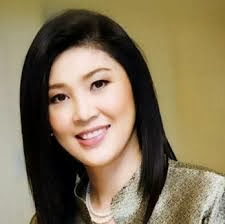