Look look up there, it's 'Superman' 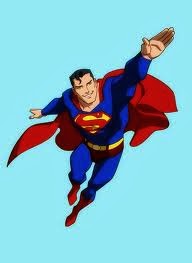 Remember those clowns in the EC?

Yes the EC, the so-called impartial organization whose chairman and deputy chairman fibbed about the very delible 'indelible' ink and far worse, kept changing their bull. I know that to err is only human, BUT for a so-called impartial body to f**king bull was totally, absolutely and unforgivably unscrupulous.

First, they said it was the EC staff's lack of knowledge in using the ink; then, it was the need for Islamic ablution (prior to prayers) which 'compelled' the EC to dilute it so that it is NOT indelible (then why in the f**king world used it as an indelible ink? But I suppose it was useful to throw in agama to deter questioning); following that, it was the Health Ministry's warning about the poisonous silver nitrate or some health-hazard chemicals in the ink which again 'compelled' the EC to dilute those noxious stuff, ...

... and which the new Health Minister, S Subramaniam (together with a ministry senior civil servant) repudiated the EC's claim of the advice coming from the Health Ministry - confirming once again the EC leaders had been f**king lying.

Yes, the EC lied but also demonstrated their two leaders' sheer incompetency for being unable to even come up with a decent plausible lie and stick to that for consistency. That's what incompetency means.

And the worst part, the EC chairperson, Abdul Aziz Mohd Yusof, had the blasphemous nerve to draw in the name of Allah swt by providing another excuse again, effectively blaming The Almighty in his (Abdul Aziz's) declaration "On the much-awaited day, the power of Allah is greater when the ink could disappear after being washed several times."

And no, not 'washed several times' but by merely rubbing the inked finger against grass.

He thought by blasphemously invoking the name of Allah swt, he might get away with it. Where was Amir Amsaa Alla Pitchay and his IRIMM when you needed them, wakakaka.

The point I want to make is the folly of attempting to divert attention, in the final case above by misusing the name of Allah swt, instead of 'fessing up the EC's series of fuckup.

There are two current cases that I suspect are naughty diversions (of public attention), not unlike the call of "look look, up there, isn't that *Superman?", wakakaka.

* or 'Green Lantern' if you're PAS, wakakaka

The AG has now thought of re-examining the case of a horrendous rape of a minor, the rapist marrying the minor to get off the hook of being prosecuted for rape (how, you may ask? Hey, this is f**king BolehLand mah where raping a minor or not depends on whether the rapist's has a f**king bright future), and then divorcing her.

Why re-examine the case now?

Because the AG is in deep deep f**king trouble for the loss of Pulau Puteh to Singapore. If there is one thing Dr Mahathir can't stand, it's Malaysia losing anything to that bloody little red dot south of our border, wakakaka. And worse for Gani Patail, HRH Johor had already expressed his royal fury at that loss to his state holdings as well.

All in all, a nasty package of anger for dear Abdul Gani Patail.

Now, why should our 'esteemed' AG be particularly worried?

Well, it seems former KL CID chief Mat Zain Ibrahim has just lodged a 31-page SD claiming - no, not about Altantuyaa Shariibuu - that hundreds of millions of ringgit (and that's 8 zeros in front of the decimal point) had changed hands and been deposited into a Hong Kong bank account for which, as alleged by Mat Zain in his SD, Abdul Gani had deliberately lost the Pulau Puteh international case, in favour of Singapore.

While I'm also interested in who had paid the alleged hundreds of millions of ringgit, indeed indeed indeed, I would for now be satisfied to learn whether Mat Zain's inflammable allegation is true.

So, ..... yes, we now have the AG asking the police to re-examine an abandoned rape case which shouldn't have required the re-examination if the rapist had been sent to jail in the first place for raping a minor.

"Look look, up there, isn't that Superman?", wakakaka.

The next case involves the pay rise for Selangor's MB and exco members. Previously I had posted 'Killing' Khalid softly ..... also on same subject but which focused on the known 'bad blood' between Azmin Ali and Khalid Ibrahim, and also the arrogance of 'Royal MB' towards even his old mentor-sponsor, the de factor PKR leader, Anwar Ibrahim.

'Twas a post basically on PKR intra-party issues, rather than the pay rise per se, but which I'll come to in a short while, wakakaka.

Just a wee digression first - I refer naughtily to his new title 'Royal MB' because I was informed that Khalid Ibrahim is currently riding high in HRH's estimates.

My observation of Khalid is that while he has been quite a good corporate leader, he lacks the political gumption to personally strike out boldly as a leader in his own rights, and where he has always relied or leaned on a big boss sponsor, whether this be Dr Mahathir, Anwar Ibrahim or as we now suspect, HRH.

Until he has this Taikoh's backing he has shown he lacked courage, as was amply demonstrated in the earlier case of Eli Wong's personal 'difficulties' when he had to 'run to' HRH for advice.

But now as has been rumored, he has won over HRH's backing (hence he is the 'Royal MB'), it may explain what I perceive as his lack of usual deference to his old sponsor, Anwar Ibrahim, wakakaka, and his unusual arrogance towards other Pakatan component parties.

In fact, nowadays he is seen to be MB-ing with an unusual blustering confidence. For more, read Selangor saga shows PKR's ketuanan mentality?

But his foe, Azmin Ali, has suddenly received serendipitous help from the Auditor-General, wakakaka, that Selangor as a governed state has been negligent in its under-utilizing of allocated federal funds for road maintenance in the state. Was this part of how he has managed to accrue the legendary humongous Selangor state assets?

Well, I know what the Myrmidons would say, but I caution them to hold their horses because they cannot hail the Auditor-General when he highlighted BN's follies but then cherry-pickingly reject his audit observation when it shows Khalid Ibrahim has not managed well the improvement of Selangor's infrastructure when so much funds were available.

MKini reported that: The Auditor-General's Office also conducted a survey of residents in Klang, Gombak and Shah Alam and found that 80 percent of the 545 respondents to be dissatisfied with the road conditions there.

This has pissed off Gobind Deo that the young bhai said: "I call upon the menteri besar to explain why the Selangor government didn't make full use of funds channelled by the federal government to the state for maintenance and upkeep of non-federal roads."

Well well, don't we see a different side of Khalid Ibrahim, which may be timely now to bring in the subject of his state's humongous pay rise for himself, ADUNs and excos, a new pay package he has so arrogantly but strangely introduced when he has been known to be a Scrooge in terms of public spending even when the state has billions stashed away.

And miscellaneous expenses and freebies aside, it's said that the Selangor MB's new pay will be very much higher than the PM's.

In what has been seen as a controversial Scrooge-like personality for public spending but Father Christmas for the state political representatives including himself, Khalid Ibrahim has invited outraged shock from both friends and foes, and is currently under siege from his own party - for more, read The Malay Mail Online's Pakatan chiefs press Khalid to revise Selangor pay hike.

No doubt BN is gleefully egging Khalid's critics on as the pay revision represents the first crack in Pakatan's CAT performance in Selangor, and we're only too well aware that public impressions count. Aren't those vultures just drooling?

So in the face of all these ... guess what? Khalid Ibrahim suggested to PM Najib that he will support a pay rise for federal MPs.

"Look look, up there, isn't that Superman?", wakakaka.

It brought derisory laughter and scorn from BN people like Shahrir Samad, one the few UMNO people I have a lot of respect for.

Shahrir said that there is a formula for MPs' pay in Commonwealth countries, for example, Australia having a prime rate of 3 times the average national income.

Since Malaysia's average national income is RM40K, then the ADUN pay should be RM120K, which works out at RM10K per month.

Shahrir pointed out why politicians shouldn't compare their pay with the private sector, saying: "Plus, we receive pension. Not mentioning this means we are not making a full disclosure."

"Because of the pension element, it is often understood that the pay in the public service is lower than in the private sector."

"We will be enjoying pensions later, so our pay should not be the same as the top four percent of Malaysians."

MKini reported Shahrir saying Khalid is "trying to cover up (his) mistake of raising the pay of Selangor assemblypersons without indexing it to the average national income (GDP per capita)."

“So I question the Selangor MB’s sincerity in supporting a pay rise for MPs. Don’t try to cover up your mistake.”

And sadly, I have to say Khalid Ibrahim may not be the sort of MB we want after all, especially not after he had done DAP in as described in my Selangor saga shows PKR's ketuanan mentality?

But then neither do we want Azmin Ali. Alas, Nurul and Rafizi are far too bloody young and inexperienced. Who else is there? Sorry lah, has to be a Malay - if any DAP supporters disagree, please read Anthony Loke's erudite and strategically brilliant DAP mahu PR NS kenalpasti calon MB.

I'm now tempted to support a PAS leader for MB ... but alas, if only those mullahs can curb their Hudud obsession, wakakaka.

Aiyoyo, if only Zaid Ibrahim was around, wakakaka.