Malaysiakini - Dr M: Perhaps we'd be better off being an European colony: 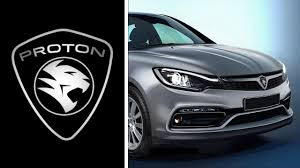 Proton like many (though not all) beneficiaries of Mahathir enjoyed protection under Mahathir's prime ministerial largesse a la his enhanced & redirected NEP.

But Proton today, to borrow the use of Mahathir's own words, requires crutches. Minus 'protection', It can't compete with Perodua and other vehicles.

Malaysiakini reported: In the 1980s, Proton controlled the lion's share of all new car owners, comprising 73 percent of cars sold in the country in 1988.

Over the years, there were various complaints about quality and its market share had plunged dramatically.

Plummeting from 73% of the Malaysian market share to a mere 17%, in contrast to Perodua's 40 and Honda's 17.8, its vendors and suppliers are deeply worried.

Maybe Proton suffers from too much mollycoddling, though its vendors and suppliers might have enjoyed those years during the wonderful Mahathir-era.

Mahathir certainly has the magic (destructive) touch. Now, all he does is to continue with his stock-in-trade sarcasm, a clear indication of his immense bitterness.