Let me start off with a Grandfather's story wakakaka. Once my late Granddad told me when I was a kid about the mythical magic story of the snake, rooster and centipede. 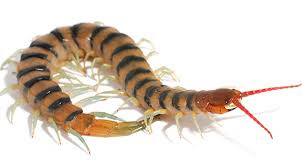 Each of the three creatures possessed magical powers in the form of its own life-long nurtured magic pearl. However the story I want to relate to you is not so much about that magic pearl but their Mexican standoff.

Now, you may ask: What's a Mexican standoff

Wikipedia informs us: A Mexican standoff is a confrontation between two or more parties in which no participant can proceed or retreat without being exposed to danger.

As a result, all participants need to maintain the strategic tension, which remains unresolved until some outside event makes it possible to resolve it. 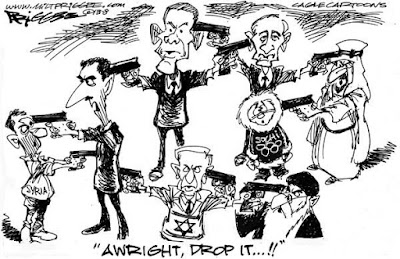 Well, the snake wanted to devour the rooster for the latter's pearl in order to double and enhance its own magic powers, but it dared not move from its secret location for fear of the centipede which wanted to sting, blind and poison the snake, precisely for the same purpose.

And guess what, the centipede continued to hide for fear of the rooster which wanted to peck at and eat up the centipede, again for the same reason but likewise, the fowl dared not move in case the snake located its position.

Thus, those three were locked into a Mexican standoff forever.

One of the worst performing track records of Pakatan Rakyat was its inability to form a shadow cabinet. Of course Pakatan gave numerous bullshit excuses, arguing that it would be better to have committees of three to oversight each of the government ministry. And coincidentally those committees had one member from each component party.

That in reality meant each of the original three parties (PAS, PKR & DAP) did NOT trust each other or more likely, dared not stake its claim on a cabinet position for fear of the other two so-called allies disagreeing, which would have led to an inevitable collapse of the coalition. 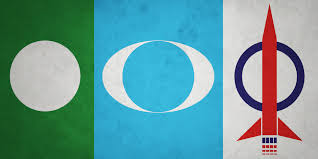 So they prevaricated, procrastinated, pretended, hoping rather moronically that the problem of disagreement, conflicting greed and siapa rajah would magically disappear, supposedly by the powers of the magic pearl of the above-mentioned snake, rooster or centipede.

They (PAS, PKR & DAP) were like the snake, rooster or centipede, trapped in a Mexican standoff. The reason could be distrust, greed, or even hatred.

They delayed the inevitable, wishing against realism that the dirt swept under the rug would magically disappear and make the room somehow clean.

It's just as well Pakatan Rakyat did not come into power because the aftermath, that of forming government, would have seen them fight to the death over which party should get, say, Home Affairs, Finance, Defence, etc, yes those choice ministries.

Well, before such expected squabbling over the victor's spoils came to fruition, Pakatan Rakyat disintegrated, but that breakup was NOT due to any fight over ministerial responsibilities but manifestation of mutual hatred between PAS and DAP. Smiles and matey embraces disappeared and were replaced by ferocious bearing of fangs and ugly words.

Today that same problem still exists in the new federal opposition coalition. How can the new coalition expect and deserve to be elected as the ruling majority when it can't even decide who will be in charge of what? The aftermath scene will be ugly and bloody.

But far far worse than Pakatan Rakyat, the so-called coalition of Pakatan (itself a coalition of DAP, Amanah and treacherous PKR) and that awful Pribumi (its name already an insult to the nons) can't even confirm who will be its PM-designate?

At least the now-dead Pakatan Rakyat had clearly identified Anwar Ibrahim as its PM-designate, much as PAS and Hadi Awang might not have like it, that party because it felt Anwar was immoral and the latter because of personal jealousy.

So who will or can be the Pakatan-Pribumi PM-designate?


Azmin Ali? - DAP who had been disadvantaged several times already won't be happy with him, and I suspect the Anwar family won't be too.

Mukhriz? - He lacks the persona and Machiavellian-ness to be PM and besides, he won't last long without daddy.

Muhyiddin? - Don't joke. But he can be Chief Adviser to Hadi Awang

Mat Sabu? - The nons will be wary of any Islamic Party candidate and quite frankly, will not support him to be PM.

Lim Guan Eng? - Forget it, he is Chinese and as I've often said, no Chinese Malaysians will be PM for another 50 to 100 years, that is, if they are lucky in 50 to 100 years. I doubt an Indian Malaysian will do too, unless he converts to Islam. 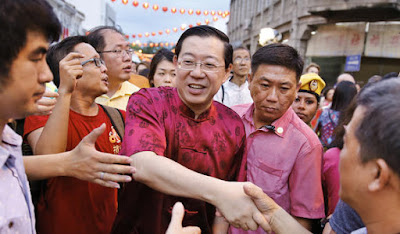 Zaid Ibrahim? - He's too much of a Rambo, meaning he acts on his own initiative and liking, and unexpectedly in the views of others, wakakaka. Besides, Malays do not like him though Chinese may support his candidature.

Nurul Izzah? - Too young and a woman. Some Malaysians who are quite conservative (Malays, Chinese, Indians) won't be quite ready for her as PM.

Wan Azizah? - She's not really a politician and will be a weak PM. Won't last long. I doubt Pribumi will support her. Besides, she'll be stabbed kau kau in her back

Mahathir? Don't mention him please. Besides he's already 90+. If you really insist on a 90+ man to be PM, make sure his DPM will be really the PM you want.

Of course Pribumi can propose a committee of 3 (Mahathir, Mahathir & Mahathir) as PM, wakakaka, while PKR can propose Azmin, Azmin & Azmin, and Mahathir no doubt will propose Mukhriz, Mukhriz & Mukhriz.

The DAP can hope for such ministries as Tourism, Environment and (wakakaka) Federal Territories.