What's the REAL reason Dr Bari has been rejected as a MPAJ councillor? 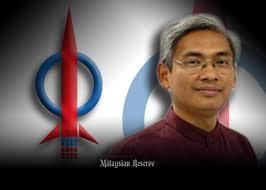 DAP's Dr Abdul Aziz Bari will not be a local councillor as widely expected, after finding his name dropped from the list of candidates who are to take their oaths today.

The law professor, who joined the largely Chinese opposition party in July last year, was touted as a candidate for the Ampang Jaya Municipal Council (MPAJ), in preparation for an eventual run as an election candidate.

However, contacted by The Malaysian Insider yesterday, Aziz confirmed his name was not among among those scheduled to take their oaths.

"Yes, that's correct. I could not find my name on the list when I went to the MPAJ office to check in order to prepare for (the ceremony)," he said.

DAP, with a quota for six MPAJ councillors, had named Aziz one of them.

However, only the other five names were listed for the oath-taking.

The move to reject Aziz as councillor is believed to be made on technical grounds, as he does not live in Ampang Jaya, but under the Selayang council area.

But this has rarely been an issue as candidates have crossed that hurdle with an address in the area.

Aziz had put down an address in Bukit Antarabangsa as his home address.

Mid-last year TMI reported Dr Bari saying: ... given his involvement with Penang Institute as a fellow, he had come to realise that DAP was an efficient, principled party based on meritocracy.

"In the opposition alliance, DAP has the most number of parliamentary and state seats and this gives me the confidence that they have the strength and confidence to get ahead."

"I hope my involvement in the party can help speed up things for the opposition to get to Putrajaya," he said at the DAP headquarters in Kuala Lumpur ...

Wan Azizah had then said: “We welcome and are heartened by the inclusion of Datuk Kamaruddin Jaafar,Tumpat MP."

I wonder what was her reaction 2 months earlier when Dr Bari left her party to join DAP?