Capitalizing on a Mahathir's prediction for Kedah? 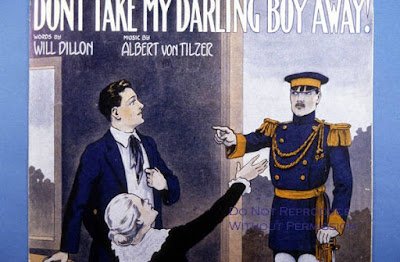 Tun Dr Mahathir Mohamad has warned that those working to unseat Datuk Seri Mukhriz Mahathir as Kedah menteri besar will lead Barisan Nasional to its doom in the next general election, The Star Online reported. "I'm not saying don't change the menteri besar, but know the consequences."

An Umno lawmaker today said Tun Dr Mahathir Mohamad should not question attempts to remove the Kedah menteri besar, as the former prime minister had done the same thing during his tenure.

"I remember during Tun's time as prime minister, 22 state representatives in Kedah had signed a petition in support of Osman as the menteri besar.

"But Tun, who was also Umno president at the time, decided to replace him anyway," Mahdzir, an Umno supreme council member, told a press conference in his constituency.

There is a small though vital (overriding) difference between removing Osman Aroff and removing Mukhriz Mahathir, oops-a-daisy, I've inadvertently let the cat out of the bag by providing the latter's name, wakakaka, which is precisely that: Mukhriz is Mahathir's son while Aroff is not!

A few days ago I posted Kedah MB issue - the royal consent in which I penned:

... if the avenue to oust Mukhriz takes an intra-party avenue, ie. for BN-UMNO to change its choice for the MB a la Pakatan's attempt to kick out Khalid Ibrahim (but which flopped disastrously thanks to PAS), the dear boy is definitely finished (unless daddy can pull a rabbit or two out of his songkok) ...

In other words, Mukhriz can be removed without the need for the anti Mukhriz faction to show there are a minimum 19 ADUN against him. The minimum 19 is ONLY relevant in the 36-seat State Assembly which will include the vote of non-BN ADUN.

Because BN with 21 ADUN commands the majority in the Kedah DUN, it is the state ruling party with the right to nominate one of its member to be MB, for HRH's consent.

If the majority of the BN ADUN informs HRH that the majority of them (to wit, at least 11) no longer have any confidence in Mukhriz leading the BN ruling majority in the House, then HRH can consider a new nomination for the MB position from the BN.

Admittedly, a mere 11 of 21 BN ADUN may be too wafer-thin a majority to fully convince HRH, but if say, 15 or so UMNO ADUN are against Mukhriz, HRH will have to recognize there is a sizeable majority among the BN ADUN who have no confidence in the Mukhriz's leadership in the state DUN.

But Pakatan has challenged BN to call for a vote of no confidence in Mukhriz in the House?

Incidentally, did Pakatan in Selangor call for a vote of no confidence in Khalid Ibrahim?

They could have and should have because they had the numbers in their favour, with 13 PKR (minus Khalid Ibrahim, though we weren't too sure whether Khalid had any allies among PKR), 15 DAP and 3 Amanah ADUN against the former MB, making that 31 a definite majority in the 56-seat Selangor DUN.

PAS' 12 (15 minus 3 future-Amanah) and UMNO's 12, plus of course Khalid Ibrahim himself (15 total) would have voted against the vote of no confidence against Khalid Ibrahim.

Why then didn't Pakatan call for that vote of no confidence, when they are now so eager for BN to do so in Kedah?

I suspect that's because they feared Khalid Ibrahim doing a Czar Alexander's 1812 'scourged earth' tactic by advising HRH Selangor to call for fresh elections, and with HRH being very supportive of his (previous, wakakaka) Royal MB, that would have been a very likely possibility, nay, not just a possibility but a probability.

It wasn't that Pakatan couldn't have won in the fresh elections, but with an uncooperative PAS in the Khalid Ibrahim MB issue, PKR was scared shitless.

By the by, isn't it a fantastic coincidental that now, in the Kedah MB issue, there'll be also at least 15 ADUN (PAS' 8 assuming they want to vote against BN, DAP 2, PKR 4 and Mukhriz himself) who will cast their ballot against the vote of no confidence?

Anyway, the safer avenue for Kedah UMNO (as was initially thought to be for the Selangor Pakatan during the Khalid Ibrahim saga but subsequently proved not so when HRH flexed his royal biceps) is via the intra-party avenue.

But say, if push comes to shove, and UMNO fails to convince HRH in its intra-party decision and associated SD (shot down by friendly or not so friendly fire, wakakaka, to wit, the two MCA king-makers, wakakaka, with Gurun ADUN Leong Yong Kong even stating that he and his Kulim colleague's alleged support and signing of a SD to remove Mukhriz was only a rumour, wakakaka again), then the process, the vote of no confidence in Mukhriz Mahathir, will have to take place in the Dewan Undang2 Negeri (DUN) Kedah.

In my previous post I stated that Pakatan Harapan (not Pakatan Rakyat, wakakaka) would vote against the UMNO motion, while I wasn't sure of PAS' intention. We all know PAS is definitely on the side of UMNO, but then which UMNO? Najib's or Mahathir's?

That's the problem with a snake. You don't know which end is its head until it sinks its fangs into you, wakakaka, and like so with the smaller but equally poisonous PKR, wakakaka again.

And that has been why I stated (for simplicity's sake) PAS' 8 ADUN may abstain.

But look, Mahathir has now warned UMNO that unseating his darling boy as Kedah MB will lead BN to its doom in the next general election ..... which should give PAS another possible chance to form the state government in collaboration with its sluttish ally, PKR, wakakaka. 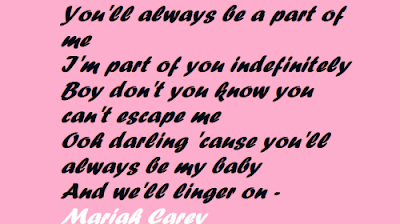 Surely that possibility stemming from a Mahathir's prediction (hopefully a prophecy, wakakaka) makes for better motivation than being friends with Najib's UMNO?

So on the basis of logic, PAS should vote together with the anti-Mukhriz faction to ensure BN loses the next state elections.

Again, on the basis of logic, so should DAP. In other words, vote against Mukhriz to (first) topple the BN government, and (subsequently) deal with a possible PAS state government.

As for PKR, from its sluttish behaviour with PAS, they may vote together with the Islamic Party, wakakaka.