There is a fair bit of DAP bashing over at RPK's Malaysia-Today, wakakaka. For me, a known DAP supporter for eons (but not a party member, yet anyway, wakakaka), a few of the barbs thrown around stung home, but some have been outright nonsensical.

But then, isn't that precisely the beauty of free speech, where we can fence, parry and riposte at those bashing, and vice versa, and hentam kau kau when the accusation against DAP assumes monstrous proportion of preposterous bullshit, wakakaka.

One humongous bullshit of an accusation was written by a bloke named Megat Ibrahim in his article titled WHY MALAYS WOULD RATHER VOTE FOR AN UMNO-LED BARISAN THAN A DAP-DOMINATED PAKATAN.

He wrote the following:

These are actually words going around in Shah Alam. The exterior of the state mosque looks terrible. Panels have fallen off, whatever that were blue and white are now blue, black and grey. Moss seems to be flourishing on top of the dome and it has never looked as bad as it is now. Word is going around Shah Alam that since there are so many DAP EXCO members in the Selangor government right now, the government won’t approve funds for the mosque to be routinely cleaned and maintained.

Tens of thousands of Shah Alamites drive past this mosque every day feeling sorry and ashamed for something they used to be proud of. These are probably the respondents in IDE’s survey.

This mosque is a symbol of Islam not only in Shah Alam but in Malaysia and these people feel that this symbol has been compromised by the government the DAP is part of. Don’t blame UMNO for not maintaining the mosque post-2008.

... and ended up with an expression of my take on the above article (extract), to wit, Podah! Wakakaka.

The rabid mob over at M2D went feral, abusing me with all sorts of racist insults, with their oft-used 'DAPigs'.

I wonder whether I ought to advise them (from their names/nick, most being Muslims) not to be so fond of using Porky, or that Chinese don't mind being called pigs as some even named their children by that, eg. Aw Too, Too Knia, Tua Pooi Too, Too Bah Chek, etc, wakakaka. 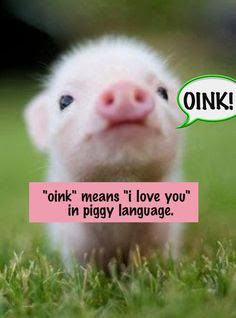 The Selangor state cabinet comprises a MB and 10 exco members. Out of the 11, only 3 are DAP ADUN (1 Indian and 2 Chinese).

The MB is a Muslim from PKR and so are the 3 PAS exco members.

PKR, the Pakatan component party with the least number of ADUN but the largest number of exco members, wakakaka, as well as the exalted position of MB, has 4 exco members, three of whom are Muslims. I do not know whether Eli Wong is a Muslim so I'll leave her out of this discussion.

Thus there are 6 Muslim exco members (3 PAS and 3 PKR) and a PKR Muslim MB, 7 out of 11. So tell me, why has Megat Ibrahim put the blame on DAP for the pathetic state of the Sultan Salahuddin Abdul Aziz Mosque in Shah Alam?

One of M2D's regular commentator, fair-minded Syed Putra Jamalullill informed us: The Shah Alam mosque was already crumbling ten years ago. There were no water in its pools and the marble tiles looks shoddy. Unpolished. Cracked. Missing. Just like those in KLIA.

Ten years ago make it around 2005-6. Shouldn't we then ask the three previous MBs, our infamous Khir Toyo (UMNO) and his successors, Khalid Ibrahim and Azmin Ali, the latter two PKR blokes being (my guess) Royal MBs? Why ask DAP?

Recall, Megat Ibrahim wrote: Word is going around Shah Alam that since there are so many DAP EXCO members in the Selangor government right now, the government won’t approve funds for the mosque to be routinely cleaned and maintained.

But the feral anti-DAP mindless moronic mob (wakakaka) either ignored or swallowed his bullshit assertion and abused me for my three pertinent questions (see above).

Dear HT Low, a commentator at M2D, who always made serious deep thinking comments came out to defend me - thanks but poor Low had a few nasty names hurled at him too for his kind efforts by the same pack of attack hounds.

Another was GrandMarquis US, who though defending me (thanks matey) was not so supportive of the DAP (his rights).

Even the article about Dr Bari being dropped from the list of proposed councillors in Selangor (in another M2D post) was lashed at ferociously with wild reckless (or moronic mindless) accusations that DAP had played out a Malay, a leitmotiv loved by the jackasses, who either didn't read the article properly or who used every occasion, regardless of facts and figures, to bash DAPigs as being anti-Malay. 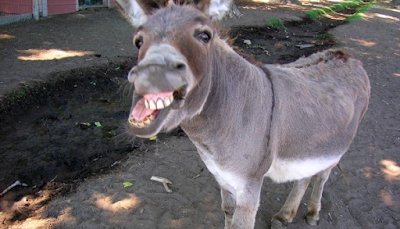 Also see my earlier article What's the REAL reason Dr Bari has been rejected as a MPAJ councillor? in which I voiced suspicions on the sabotage of Dr Bari's candidacy. I had then written (extracts only)

When I pointed out at M2D that the DAP had actually nominated Dr Bari among 5 others to be a councillor for Ampang Jaya (instead of the wild reckless accusations that DAP marginalized yet another Malay), and that his name was dropped because I suspect he was sabo kau kau by a non-DAP person, you could virtually hear the unearthly racket spewing out from the vile abuses written in that post.

Mind, I have to admit I was not handling those attack jackals with kid gloves, wakakaka. 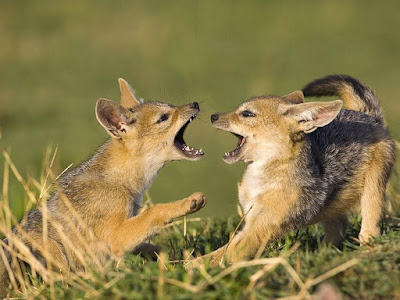 Eventually, in another RPK post, one of his regular commentators Edwin Jansz provided information which threw sad lights on why Dr Bari's name was dropped. Jansz had written (only relevant extract):

... azmin's recent silent but deadly chess move against bari says a lot. and i suspect (merely guessing) that azmin is under the sultan's tutelage.

So, if Jansz' info is correct, then Dr Bari was 'done by' his former PKR party No 2, supposedly an ally of DAP, wakakaka.

I won't touch on Jansz' suspicion that Azmin was acting under HRH's orders - Ampun Tuanku.

But I've to grudgingly admit that regarding the sad state of affair for DAP in Selangor, I've been terribly disappointed with the so-called DAP whiz-kid wonder, Tony Pua.

Since he took over DAP in that state he has been outmanoeuvred by Azmin Ali every which way, even with Azmin once rejecting his pathetic beg for a DUN deputy speaker position for DAP, for supporting PKR in the Kajang Satay bull.

Thank goodness for the dignity of DAP in general, Azmin said no to a post which if you look at seriously, offered no real benefit to the rakyat. You may wish to ask: Why the f**k did TP ask Azmin for that position for DAP?

I can tell you more about Tony Pua and how I first came across him but I won't. I still have emails (years ago) between us on a cut & paste issue at his blog to substantiate my story and first (lousy) impression of him, where I had then found him to be pretentious, overly proud and strangely for a new budding politician, quite unfriendly.

But let's leave it at that as those email exchanges were only between us, but which led to my personal poor impression of him.

From there, he further dismayed me by his unsatisfactory interactions with PKR (initially Khalid Ibrahim where he was played out of a 4th exco position, and then Azmin Ali), for example, allowing the DAP to be stupidly sucked into the Kajang Bullshit, even unto playing out the role of Chicken Little. 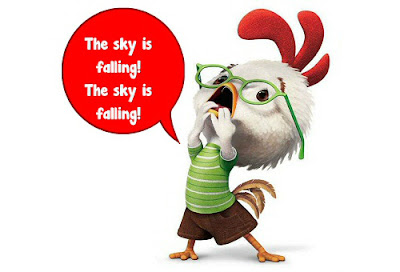 Well, perhaps Tony Pua can now tell us how the f**k has that Kajang Bullshit moved Pakatan nearer to Putrajaya or protect the alleged swamping of Pakatan Rakyat in Selangor by BN?

Hasn't the exact opposite happened to PR?

In mitigation I have to say Pua lacks the political training, exposure and fine honing to be the consummate cunning crafty politician Azmin Ali has demonstrated kau kau that he is, wakakaka.

But then Azmin was trained under the best (or worst, wakakaka) in the art of political cunning, craftiness and Machiavellianism, wakakaka again.

Alas, Azmin's mentor has a terrible personal 'weakness', but which Azmin appears not to share, well, not that same 'weakness' anyway wakakaka, so that makes Azmin a far far more dangerous player on the political stage, and a difficult operator for the state DAP to do business with.

I feel that for DAP to deal firmly, securely and adequately with a smooth slick operator and potential adversary like Azmin Ali, who now has the ears and full confidence of HRH, DAP Selangor needs a better leader, someone like Gobind Deo or even Teresa Kok (bring her back lah) or Dr Bari, though the good doctor needs to mend his fence with HRH a.s.a.p, wakakaka.

TP should stick to financial figures and continue learning politics from his seniors (LKS, LGE and Dr Tan Seng Giaw) and betters like Azmin Ali or even Tian Chua, wakakaka.