A Sabah Christian group, Perpaduan Anak Negeri Sabah (PAN), has hit out at PAS president Datuk Seri Abdul Hadi Awang for his remarks against Christian missionaries, saying it was Muslim dakwah groups, not Christians, baiting their targets with money and other forms of aid.

PAN chairman Pastor Esther Golingi said Muslim preachers from the peninsula were known to enter interior areas in Sabah, such as Pensiangan, Pitas and Ranau, offering locals cash and other incentives to embrace Islam.

“It was only after the formation of Malaysia, that Sabahans experienced being offered inducement and bribery to convert to Islam.

“Creeping Islamisation from the peninsula into Sabah is as clear as day,” she said.

She said there were cases in which people converted based on the promises offered but the bargain was not reciprocated.

“An individual’s conversion to or out of any religion should be done out of free will – without inducement, bribery nor deceit.

“These conversion tactics have been raised time and again, but our cries seem to have fallen on deaf ears.

“As a matter of fact, these dakwah groups have intensified their operations here. What is our local government doing about this?”

Esther also asked if the dakwah groups were funded by taxpayers in the form of allocations from the Department of Islamic Development Malaysia (Jakim).

She said teachers from the peninsula posted to Sabah schools repeatedly persuaded children to convert with Islamic teachings in classrooms and hostels.

Problem is both Islam and Christianity are evangelistic religions. Followers of these two religions deem it their holy duties to proselytize (convert), by whatever means, whatever it takes, every which way.

Their competition has always been referred to as a crusade.

But what annoys me most is not so much the proselytization but the use of taxpayers' money to fund the dakwah (Islamic missionary-proselytization) movements.

You may care to note JAKIM requires an annual budget of approximately RM1 billion, yes, billion not mere million.

Religious activities of any denomination should be funded ONLY by believers of the respective religious denomination, not unwitting non-religious or not-affiliated taxpayers. Indeed, money from/by the latter would be very haram funds. 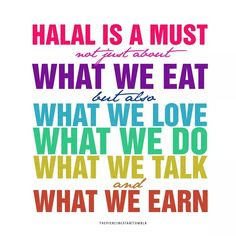