In my previous post Book-ish Boar, vistor Kalai, a very pro BN commentator (wakakaka), in his riposte to my remarks about the MIC circus and its clowns (wakakaka) wrote as follows: MIC still has substantial traction in the Indian community, especially outside of the big cities. The are many rural Indian poor, and turning to MIC is often one of the few avenues of getting help. This is especially true for the poorly educated to navigate the government bureaucracy.

It is not that MIC is great, but Pakatan - DAP and PKR are neglecting the Indians when they aren't campaigning for elections.

DAP, especially, has a large stable of Indian MPs and State Assemblymen, which looks good on paper, but makes bloody little impact on the Indian community.

C Vijayan is a Cameron Highlands landslide victim who lost both his house and his mechanic shed in the recent landslide. He, his wife and their four children are now not only homeless but has received zero help from Palanivel or for that matter, anyone in MIC.

After a prolonged wait for assistance, Vijayan said, he was told to meet an MIC central working committee (CWC) member, P Palaniappan, who treated him very rudely.

"When I asked Palaniappan for some money as assistance, he asked me in return to let him know if there was any aid or money coming in. He then went on to humiliate us." 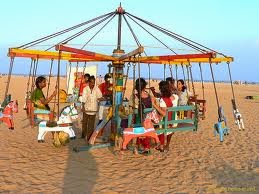 After being humiliated by a MIC bigwig, he was led on a merry-go-round at MIC HQ, but without any positive result - for more of this now-homeless man (with a wife and 4 kids) and his sad excruciating experience with the MIC, read MKINI's Camerons MP Palanivel no help to homeless family. 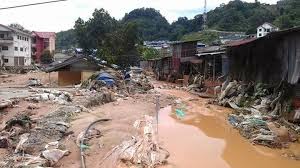 Tell me, should landslide victims like C Vijayan and his family suffer the abysmal lack of leadership in the MIC, especially from Palanivel, the MP for Camerons?

And does he deserve to further suffer rudeness and humiliation from the MIC high and mighty?

Can Indian victims ever expect sincere compassionate help from MIC, a party known for its caste-consciousness, as is well-known in the sad case of MG Pandithan?

If you read my earlier post Marginalization of Indians - the true story you may be able to obtain a nasty glimpse of the why's, how's and what's that has resulted in the abysmal lack of advancement of a large sector of the Indian community in the last 50-ish years, while their non-Malay companions, especially the Chinese Malaysian, have in general* managed to stay ahead of them.

In that post I had opined (and I still hold on to this opinion) that the Indian caste system with all its prejudices, racism and consequential oppression prevents or doesn't encourage true leadership, philanthropy or compassion for the poor and highly marginalized Indians, or disaster victims like C Vijayan and his family.

Thus, seeking remedy from Indian-based political parties like MIC or (wakakaka) Hindraf won't be the solution.

To address their multi-millennium-old problems, the Indians need a multiracial party like the DAP, though visitor Kalai will no doubt strenuously disagree, wakakaka.

But look, if the Indians don't like the DAP, why not ask Dr Mahathir or Anwar Ibrahim for help? Afterall, Wikipedia categorizes both of them as famous Indian Malaysians, so remind them of this, wakakaka.